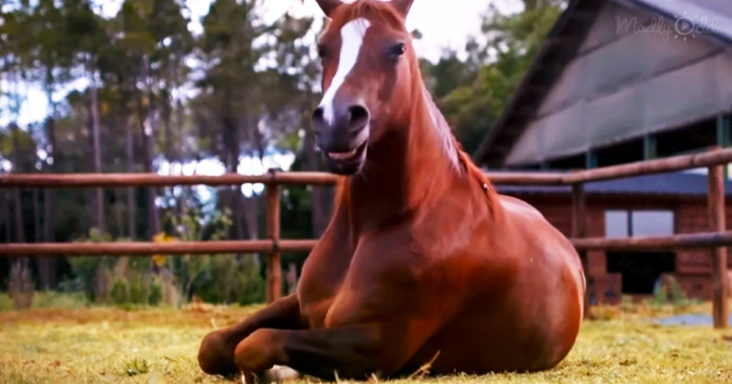 One dark stallion standing in a green field sees something hilarious. He grins, showing off his huge dark teeth as the comedy begins. An adult reversed his car.

He tried to park the SUV attached to a bigger trailer. BOOM! He hits a fence guarding the horses. They laughed out loud, so much that the man felt a bit embarrassed.

He repark the van but had difficulty steering the vehicle. The laughter echoed louder as two horses joined in. It was really funny to them but frustrating to the man. 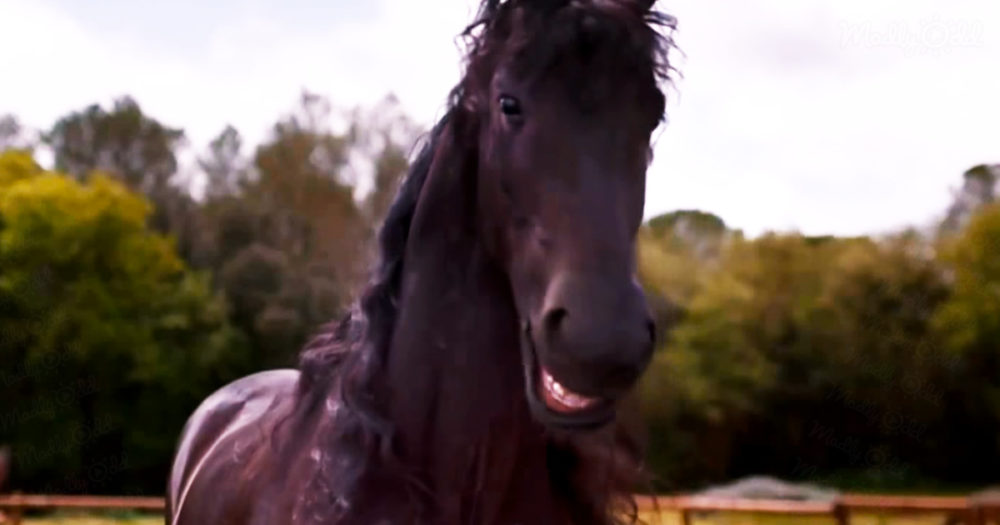 The trailer and the man’s SUV weren’t aligned. There was no way in the world the driver could fit the automobile into his parking space. He hit the fence again, breaking a part of it slightly.

The giggles and chuckles reached a climax. One of the horses in the back of the trailer seems to have some pith for the man. It was pure mockery as he giggled loudly.

They couldn’t stop. One stallion was rolling uncontrollably on his belly. Suddenly, there was dead silence around the farmhouse. A Volkswagen has arrived, a mechanical powerhouse that steered perfectly in a single turn.