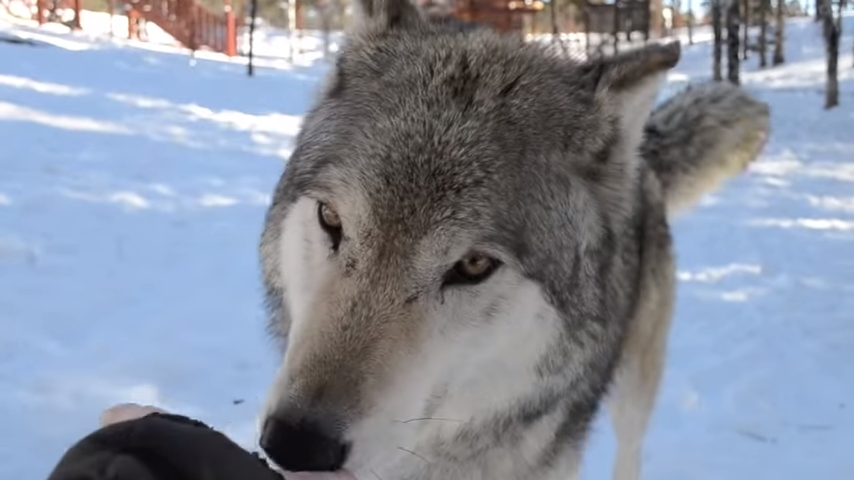 This huge wolf weighs in at nearly 120 pounds and when he places his front paws up on your shoulders, he is over 7 feet tall. Check out the size comparison between this woman, who happens to be an average sized adult.

When this magnificent creature sits down next to her, you can really see how big that wolf is. You never really notice how big they are on nature videos until now. 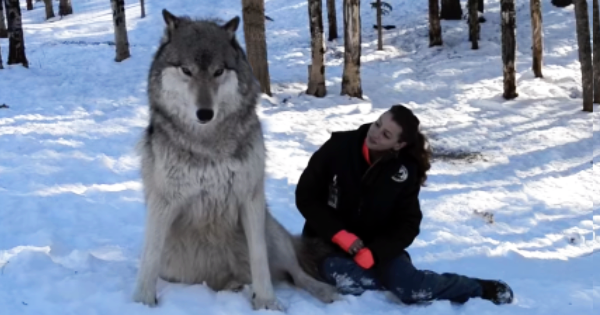 Danielle, a staffer at the Colorado Wolf and Wildlife Center is one of those lucky few. She’s earned the trust and respect of several wolves, especially a large gray one named Kekoa and his sister Sakara.

Friendly though this wolf is with Danielle, he’s still only partially tame. As Michelle Smith, also of the Wildlife Center, explained, “He is very well socialized, meaning he enjoys the company of people. This is not the same as domesticated or tame. He is still a ‘wild’ animal, and he does tend to show it when he is around his sister. A wolf in the wild would not act this way.”

The Wildlife Center provides a home for wolves and other animals that aren’t able to survive in the wild. Its other mission is education, providing visitors with all sorts of information about wolves and their role in the ecosystem.

In the video posted below, you’ll see Danielle having an amazing cuddle session with Kekoa. He came from a wolf sanctuary in Florida, but they gave him a Hawaiian name that means “brave one.”

He may be brave, but more often, his softer side is on display: he’s extraordinary gentle around visitors and will even give them kisses! But his favorite human is definitely Danielle. As you’ll see, Kekoa walks right up to her, wagging his tail happily.

After she sits in the snow, he plops down next to her, bows his head in submission, and does some nuzzling. To prove he thinks the world of her, he gives her a thorough face licking. And to top it all off, Kekoa rolls over, offering Danielle a chance to give him a belly rub, the ultimate display of trust!

Wolves have long filled people with dread. While some of that is due to a misunderstanding, wolves are indeed forest-dwellers that command respect. Not many people have had the opportunity to interact with wolves, let alone bond with them. Seriously, when a wolf turns his belly up to you, you know you’ve made a friend.

The reunion between Anita and her wolves:

Anita had not been in Polar Zoo in about 2 months. When she returned, they had the chance to film her first meeting in a long time with the wolves she spent a long time socializing.

It’s interesting that the wolves exhibited dominance behavior between themselves, but not towards Anita. Another woman meets a pack of wolves at the most Northerly wildlife reserve in Norway.

Her name is Anneka Svenska. Watch how she is accepted into the pack and howls alongside them. Anneka hopes to show that these beautiful and majestic animals are misunderstood, mislabeled, and deserve protection and the freedom to repopulate areas they once thrived. 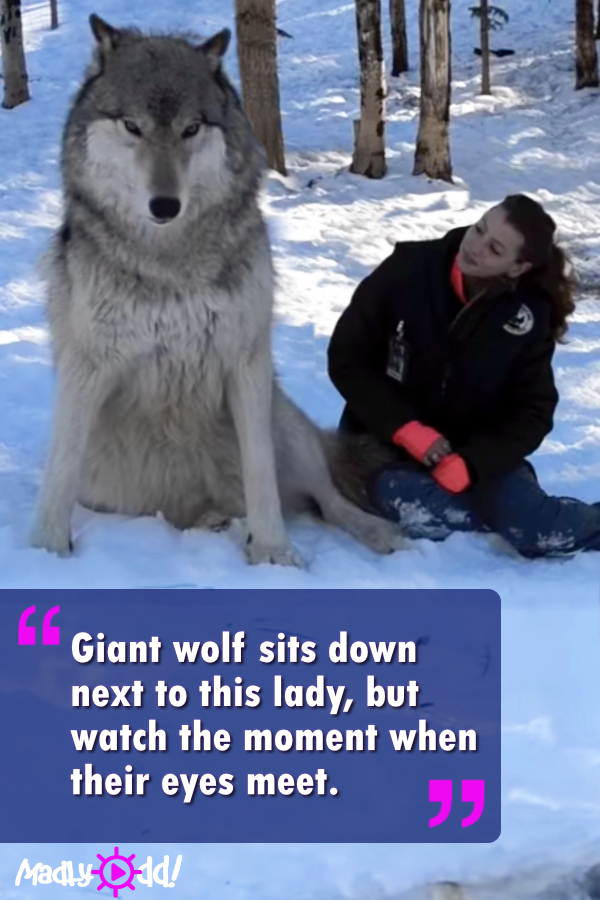