“It sprang up overnight!” Michael grew — in less than 24 hours — from a tropical storm into a Category 4 hurricane that the National Hurricane Center called an “extremely dangerous” system. A hurricane warning is in effect for Florida cities including Tallahassee, Panama City, Apalachicola, and Pensacola.

Conditions are expected to worsen around the Florida Panhandle Wednesday morning as the storm is forecast to make landfall near Panama City, Florida, as a Category 4 hurricane on Wednesday afternoon with cities like Panama City and Apalachicola experiencing the worst of the hurricane between 11 a.m. and 8 p.m. 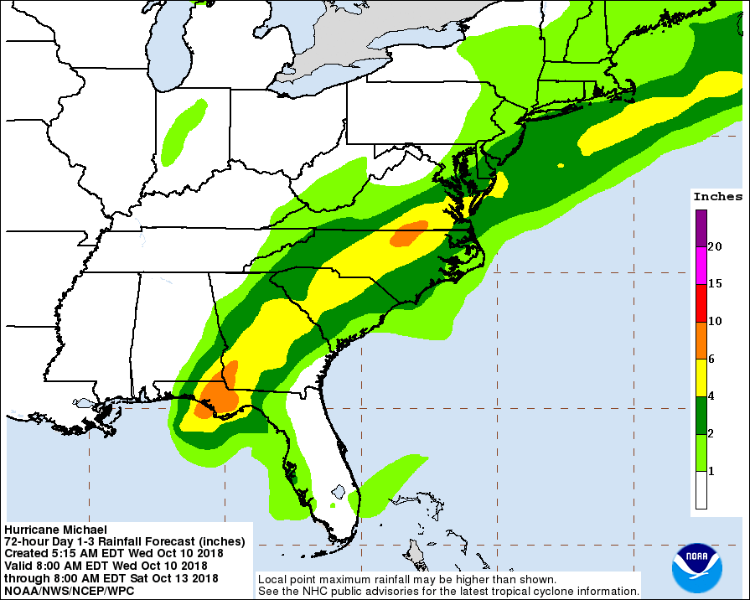 Emergency officials have warned that the storm could dump up to 12 inches of rain, unleash landslides and dangerous flash floods and generate waves of up to 23 feet as the storm draws closer.

“You cannot hide from storm surge,” Florida Gov. Rick Scott warned at a news conference Tuesday. “We can rebuild your house, but we cannot rebuild your life.”

“If you have 6 feet of storm surge, you’re in the middle of it, I don’t know how you’re going to survive,” Scott said.

The National Weather Service warned early Wednesday that the storm was “perilous,” with “life-threatening storm surge” and “heavy rainfall.”

“This storm can kill you,” Scott said. “You need to evacuate if you’re ordered to do so.”

Michael is forecast to make landfall as a Category 4 storm with a dangerous storm surge of up to 12 feet, officials said. Governor Scott called the storm “monstrous,” adding, “We haven’t seen anything like this in the Panhandle in decades.” 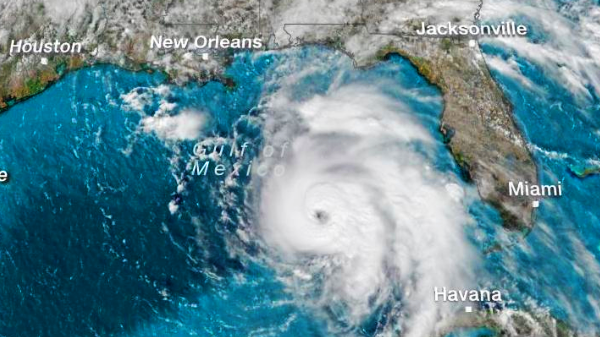 In Georgia, which will be hit by crippling winds and downed power lines, Gov. Nathan Deal on Tuesday declared a state of emergency for 92 of the state’s counties.

North Carolina and South Carolina will likely see heavy rainfall, which could cause flooding in areas already damaged by last month’s Hurricane Florence.

Michael is projected run through the Florida panhandle, Georgia, and the Carolinas then will proceed almost parallel the coast, either inland or just offshore, and affect a large section of Florida’s Atlantic Coast on its way to Georgia or the Carolinas. 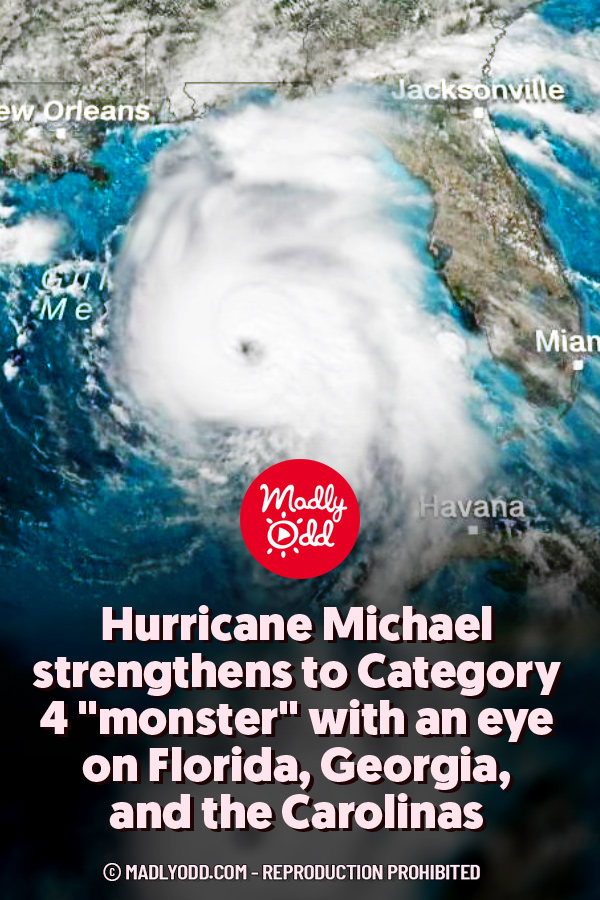