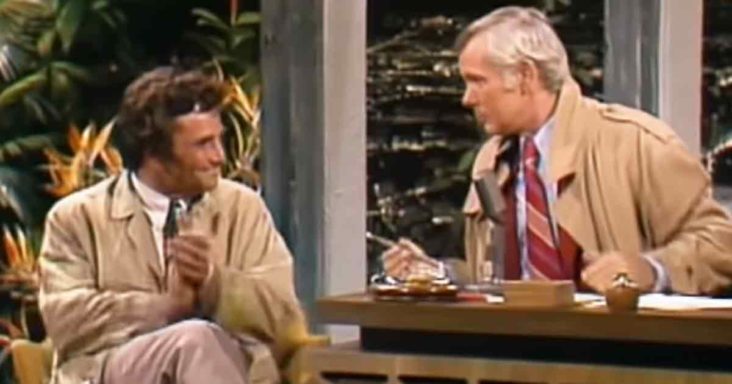 ‘The Tonight Show with Johnny Carson’ always welcomed the era’s biggest stars. Johnny was excited to host Peter Falk, the legendary ‘Columbo’ actor. He introduces him by citing a survey that reveals that ‘Columbo’ was the most popular character on television.

Johnny calls him out to the couch as Emmy award winner Peter Falk. Peter emerges from behind the curtain dressed in his full ‘Columbo’ detective costume, complete with suit, raincoat, and cigarette.

Johnny stands up to greet him, revealing his fashionable red suit jacket and red plaid pants! The two men relax and even smoke throughout the interview, which was common in the 70s. 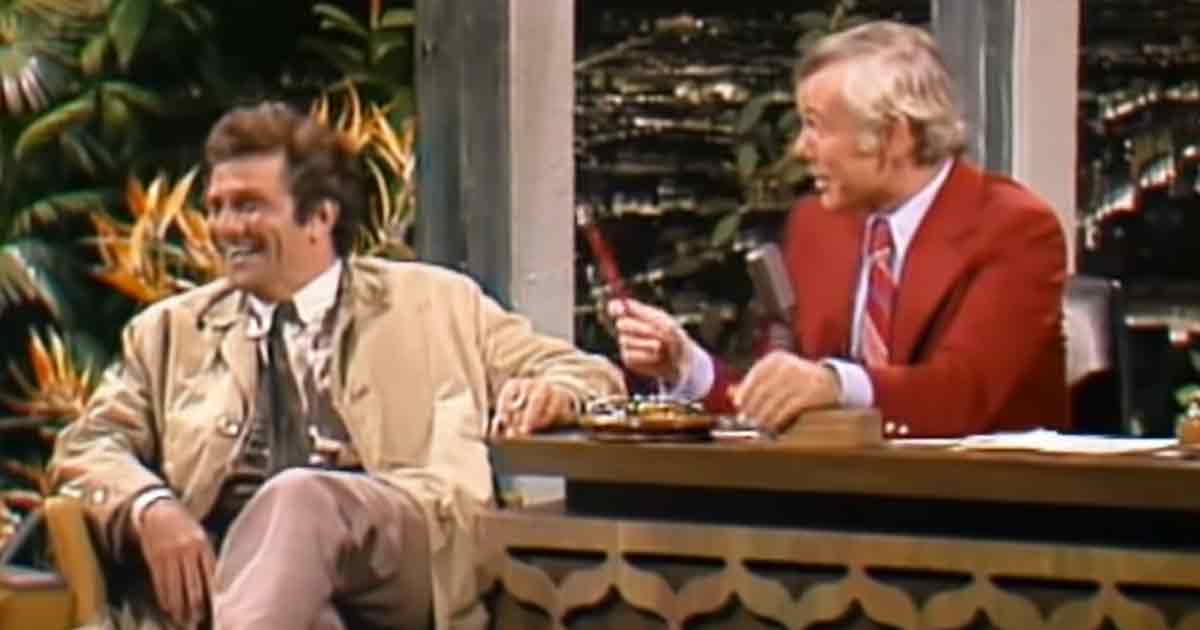 Carson asks him about an acceptance speech Peter gave a short time ago. Peter doesn’t answer the question but immediately starts to plug his detective show. Johnny laughs and asks again, but Peter tells the audience how ‘Columbo’ was switching nights on the networks, so now they must tune in on Sundays.

Finally, Johnny gives up the question, and the two men laugh with the audience. Then, Carson gets up, puts on a raincoat similar to Peter’s, and begins to impersonate his character ‘Columbo.’ Both Peter and the audience crack up! 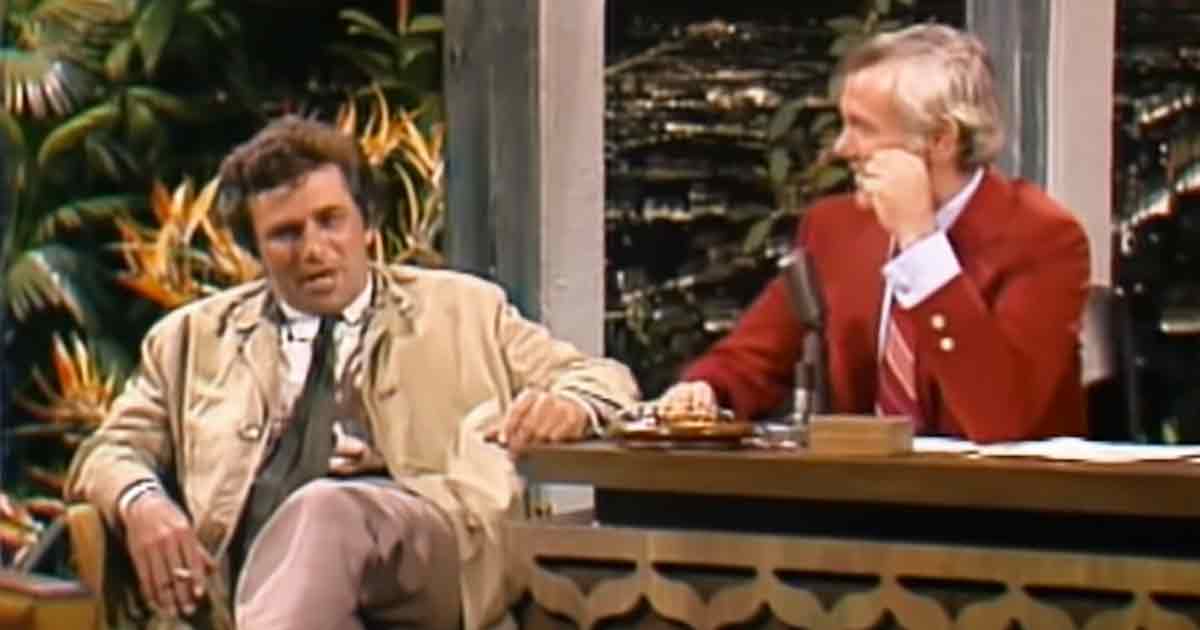 Johnny asks Peter, ‘Hey, where’d you get that crummy-looking coat?’ Peter tells him that everything he wears on the show is actually his except for the suit. Johnny asks him what would happen if he lost the iconic coat, and Peter tells Johnny that he would probably die.

Johnny asks Peter if he’s brought film of the show for them to watch. Peter pulls out a few rolls of old undeveloped film from his pocket. Everyone laughs, and eventually, the audience is treated to a clip from the first episode of ‘Columbo.’ Peter continues to plug the show as Johnny laughs during this fun interview!