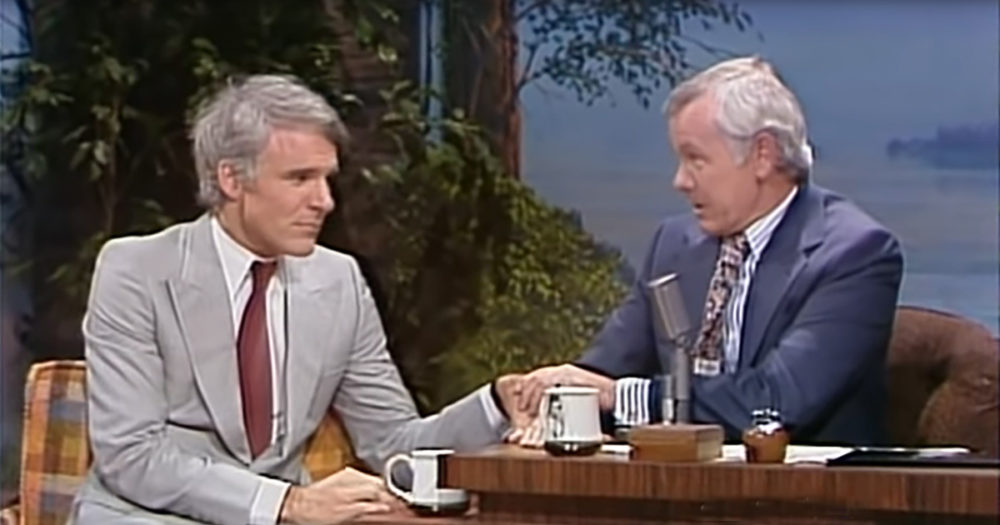 Johnny should know to never trust a comedian, especially when they promise to stop being funny and leave!

Make no mistake: this short clip packs a punch. Do you remember 1978?  Johnny Carson was still the king of late-night television and Steve Martin was the undisputed king of comedy. His legendary comedy album, A Wild and Crazy Guy, featuring the novelty song “King Tut,” had been released that year and would eventually go double-platinum and earn him a Grammy.

Steve had made other appearances on the show as a standup comedian in the early ‘70s, and it’s what helped make him a household word. It’s no understatement to say he owed his career to Johnny.

Watch what happens when returns to The Tonight Show as a bona fide celebrity guest with the honor of sitting next to Johnny for a legit interview.  Naturally, Martin blows it, but in the most inventive, original way we’ve ever seen. You’ll never guess the stunt he’s about to pull. Trust us, you and your friends will be rolling in the aisles. And what a good sport Carson was to go along with it!

Steve was there to promote his upcoming TV special when Carson announced to the audience that Steve would need to leave early due to work commitments.

“I wish you good luck on the special,” gentleman Johnny tells him.  “I understand that you have to leave, and have to be somewhere this evening.”

Steve nods sadly and the audience moans with extreme disappointment. What a setup!

“I have to rehearse,” Steve tells Johnny and the audience apologetically.  He was referring to the Carl Reiner-directed comedy The Jerk, which was then in production, starring and co-written by Steve and co-starring legendary funny gal Bernadette Peters.

Steve’s excuse seemed legitimate enough. Johnny wished him the best and let Steve know he’d be welcomed back soon to talk about the movie.

Steve waves a sad goodbye to the audience, band leader Doc Severinson strikes up the outro music, and Steve exits through the curtain.

Wait until you see what Steve has in store.  Here’s what one fan had to say: “I’m crying my eyes out with laughter. Brilliant.”

Another nostalgic commenter summed it up for us.  “God, I remember this like it was yesterday and Martin and Carson looked the same as they would 20 years later. How was this 37 years ago?! Where did all those years go?”

Don’t you leave until you see Steve Martin leave. Click the video below and share it with a friend! 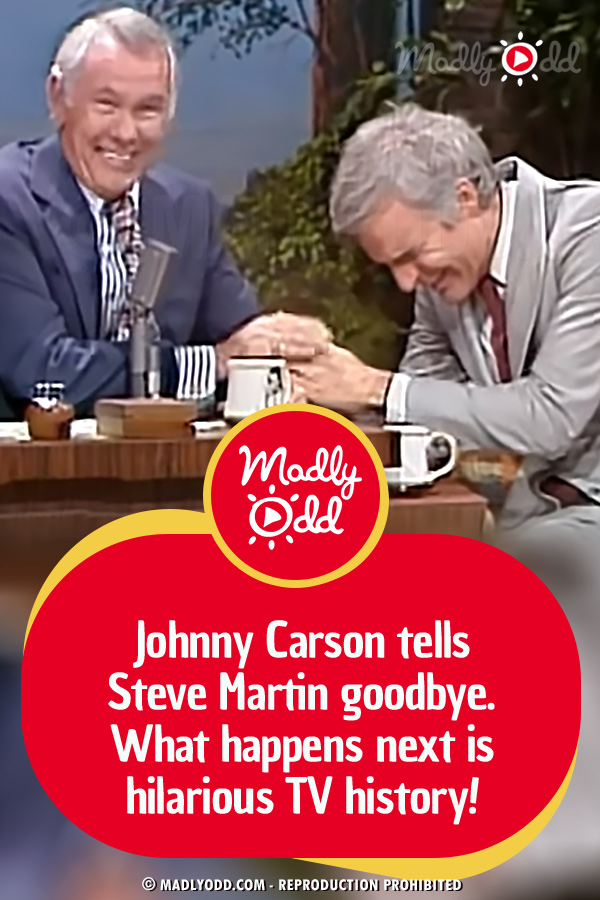