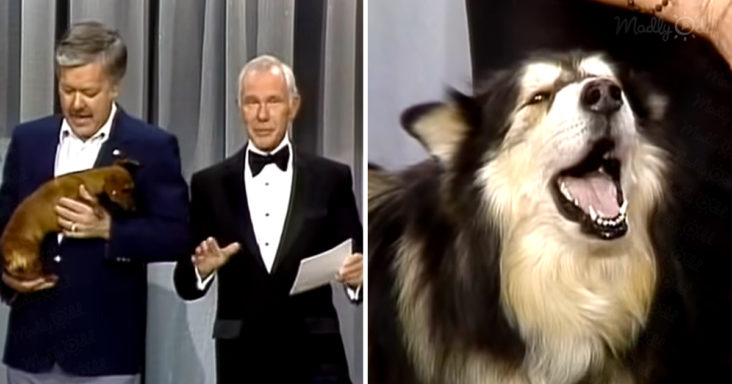 Johnny Carson’s Tonight Show has gone down in history as one of the greatest, if not THE greatest, talk shows of all time. Carson was known for his quick wit and clean sense of humor and this segment from the last show of 1987 shows just that.

One of the traditions on The Tonight Show back then was to end the year with a singing dog contest. He would invite six people whose pets were known for singing along with their humans and have them compete against each other for applause.

At the end of it, Carson would have the audience cheer for each contestant and the one who received the loudest applause would win. 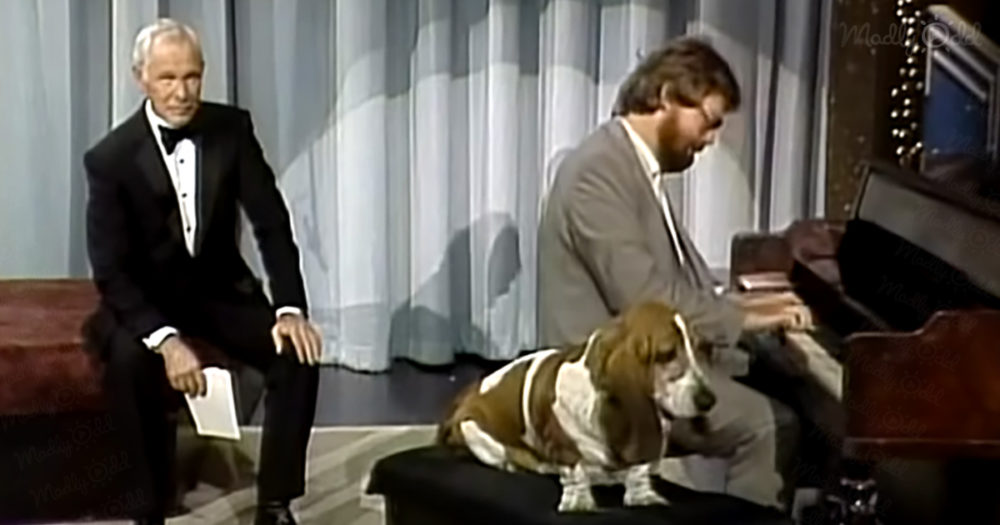 Needless to say, this segment got a lot of laughs thanks to the fact that no matter how much the people rehearse the segment, the dogs will ultimately do what they feel like in the moment.

This was especially true of the last dog, an old hound named Columbo, who sat on his stool with the most deadpan and uninterested expression on his face while his human played the piano to get him to sing.

The fifth dog, Aladdin, won first prize, which was a golden fire hydrant. The two runners up also got shiny fire hydrants and the remaining dogs got participation trophies.

The sneezing boxer was another highlight of this segment because of the constant sneezes and the adorable facial warmup that he did in response to his human’s pitch pipe.