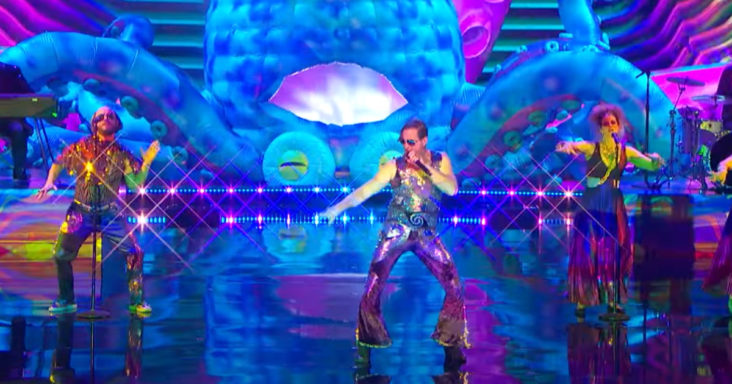 The peerless Johnny Showcase hit the stage at the America’s Got Talent quarterfinals against a backdrop of a giant, dancing octopus, resplendent in sequins and swagger. He was once again backed by his singers, a pair of women with a cultivated air of indifference, and his “spiritual advisor” Rumi Kitchen.

It was the same lineup as the audition, where the eclectic group played their hilarious, funk-filled anthem “Sensual,” featuring standout lyrics “we can be sensual, but not sexual, because I’m married.” 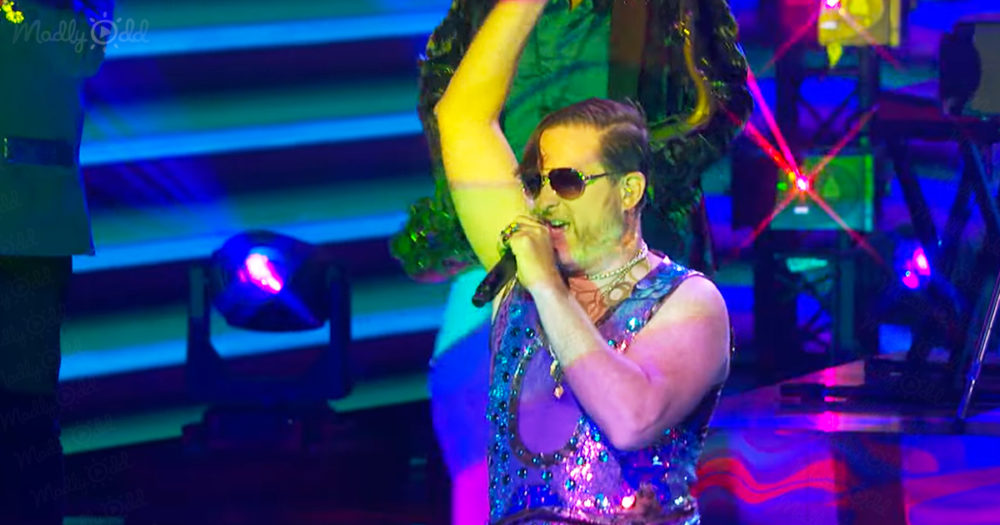 The combination of humor, funk and showmanship wowed the judges then. But what about their performance in the quarterfinals?

It did not go as well.

Their song, “Octopus,” was about just what the name says. Unfortunately, it didn’t have the immediate, funk-filled relatability of “Sensual.”

Howie Mandell, Simon Cowell, and Sophia Vergara didn’t seem to get it at all.

In fact, both Howie and Simon gave the performance the red buzzer just a minute into the performance.
“Something happened. To me it didn’t click like last time,” said Vergara.

“It was horrific. Absolutely horrific. Honestly, you were so good the first time. This song about octopus was horrible. I mean, the worse song I have ever heard on a live show,” said Simon, with his characteristic tact.

“There’s an old saying,” said Mandell. “If it ain’t broke, don’t fix it. And you showed up the first time and gave us a great comedic song. This was not funny.”

“I’m not good with jokes,” he added, tongue in cheek. “Humor is not my thing.”

“I loved it. I’m feeling the funk. This is giving me life, the armpits, the hairy armpits,” said Heidi, referring to the Truth. “I loved it.” 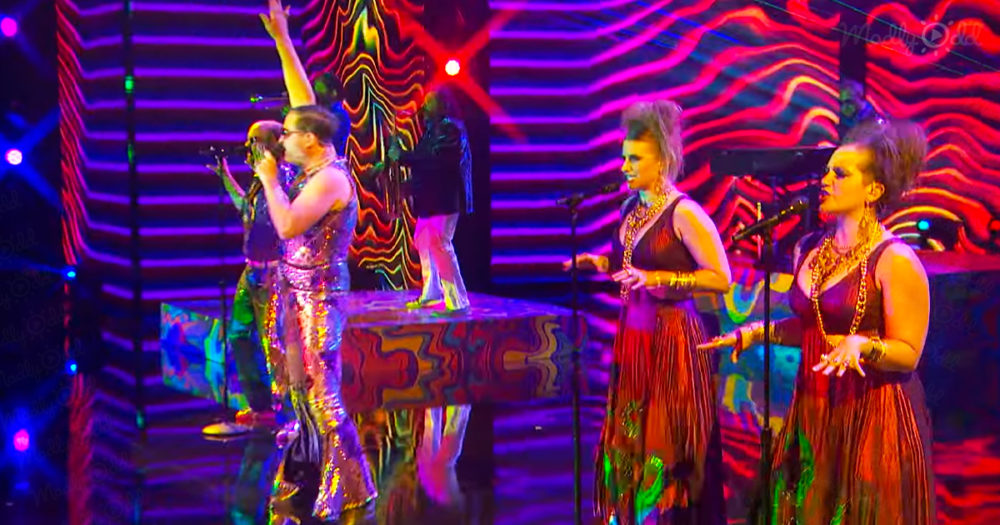 When asked to explain the song, Johnny Showcase said “An octopus has… eight brains. Eight brains in each arm. That’s a lot of brains. And I thought we’d bring all of them here.”

Make sense to you? If Johnny Showcase is speaking your language, think about giving him your vote. It looks like he’s going to need it.

Before you go, check out Johnny Showcase’s crazy-good AGT Audition