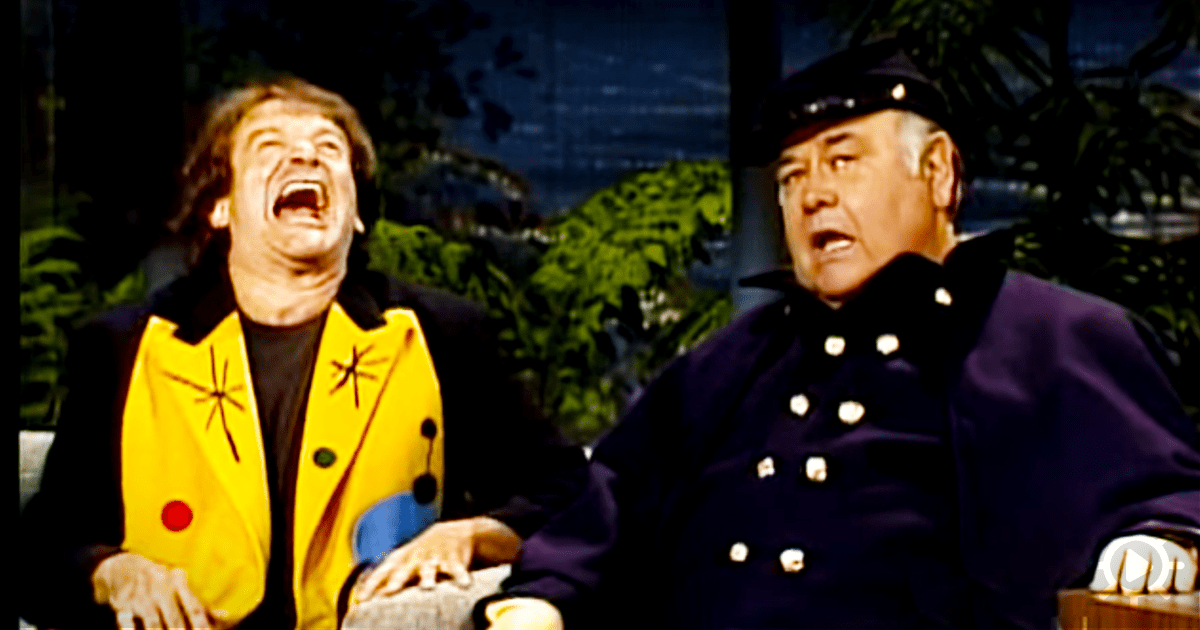 What do you get when you invite Robin Williams and Jonathan Winters on Johnny Carson’s- The King of Late Night- show? Assurance of being hit with one joke after another all of which come off the top of the heads of these three hugely successful comedians. A young Robin busking in the success that was Mork and Mindy- the American sitcom, welcomed Jonathan Winters on John Carson’s show in fine gentleman fashion: he stood up and gave him his seat. What follows is a night that will leave your ribs cracking and your stomach aching.

Guess who played Mork- the alien from planet Ork? Robin Williams’ jacket answers this better than you ever could. It won’t take you long to realize he is in his element- an extreme that exposes his most fascinating side. One that makes him deliver punch lines on a whim. Robin tells Jonny how they delivered so many jokes that they kept running out of film. (Yes, teens won’t get this but those days films were an equivalent of a memory card.) He related this to running out of ammo when firing a machine gun.

After Robin and Jonny welcome Jonathan Winters on stage, you can tell he adores and looks up to him and not just because he gave him his seat, but also by the way he looks and pays attention to the delivery of his art. His delivery was natural and didn’t look like it was premeditated and thought about beforehand as we would like to think. It could be summed up in the way he made his grand entry.

This interview had me question why American talk shows interview guests on a one-on-one while on the flipside, British talk shows interview them all at once. Definitely something to ponder about. But while at it, watch this funny video about jokes on chickens on the road, and a guy with a toothpick among many others.