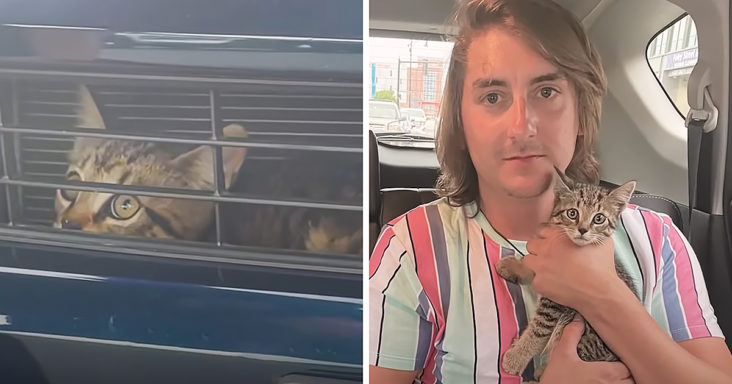 Katie lived in Somerville, Massachusetts, and one day she decided to go on a drive. The woman walked up to check the car’s grille before driving off. This was when she noticed a tiny furry creature hiding inside it. 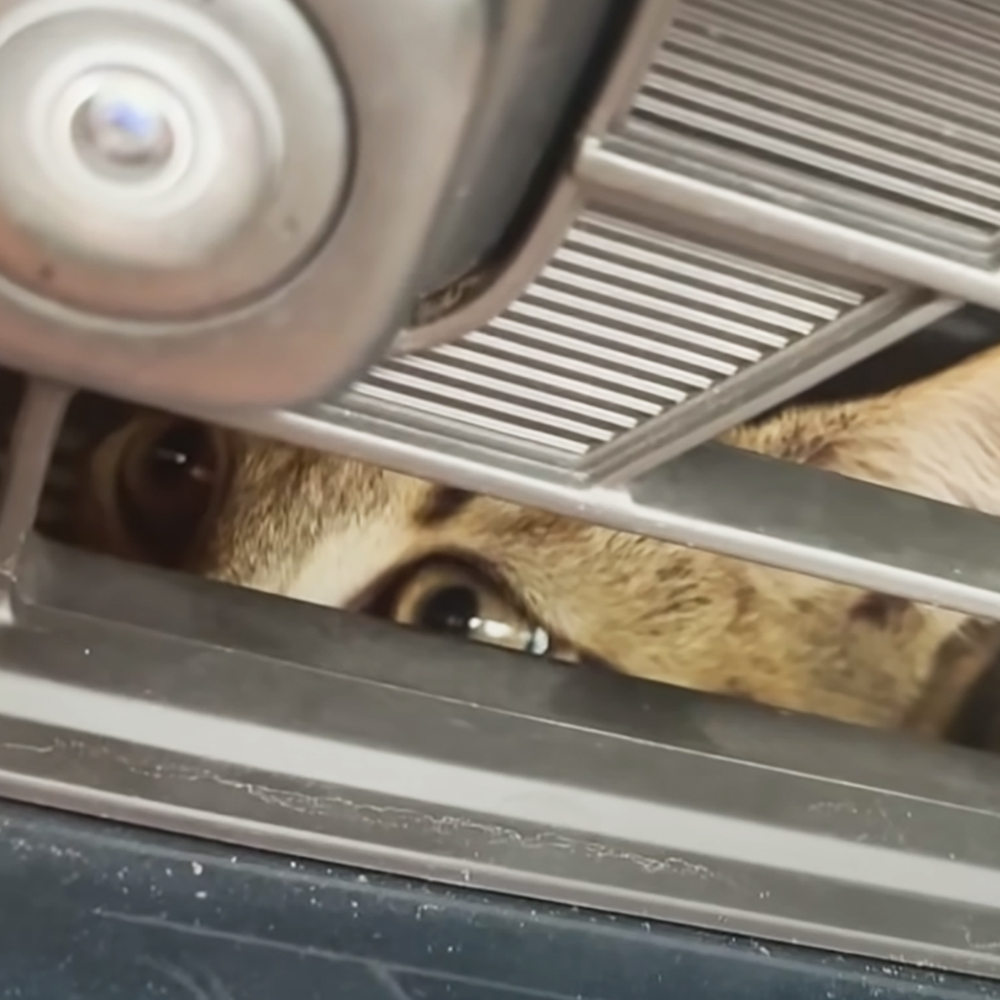 She could not understand how the little kitten entered inside. She called the police officers, who decided that scaring her out of the car would work. They honked the car, scaring the little one deeper into the vehicle.

The kitten was not ready to come out without a fight. So finally, four of Katie’s friends decided to help her. One of them was Elec, who had lost his home in the fire just a day before this incident. All the friends managed to bring the kitten out of the grille. 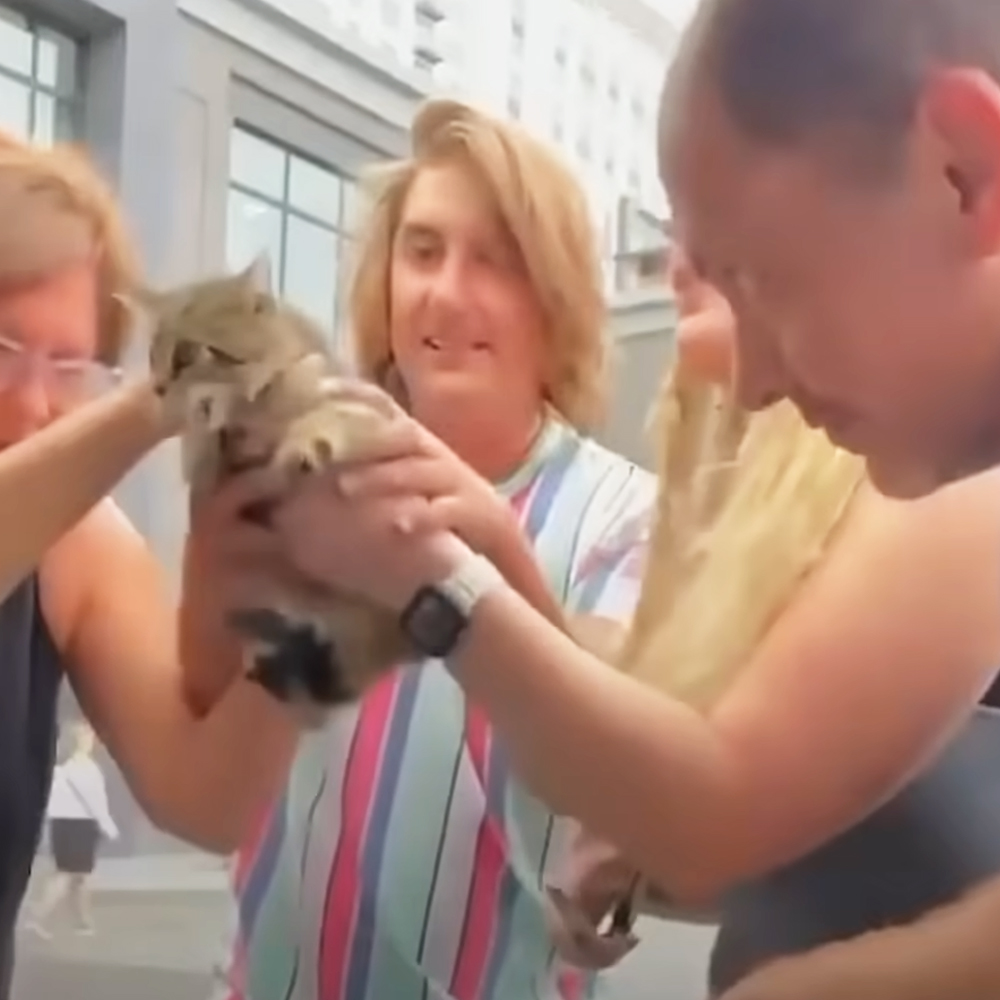 Katie wanted to keep the kitten to herself, but she knew that the little kitten’s home was really with Elec. Katie’s friend, Elec, was stressed out because of the worst incident in his life recently. His house had burned down due to fire.

He thought that the universe had just given him a sign that good things could still come along. Finally, the kitten gave Elec a purpose. He named the little one Tabatha (Tabby). 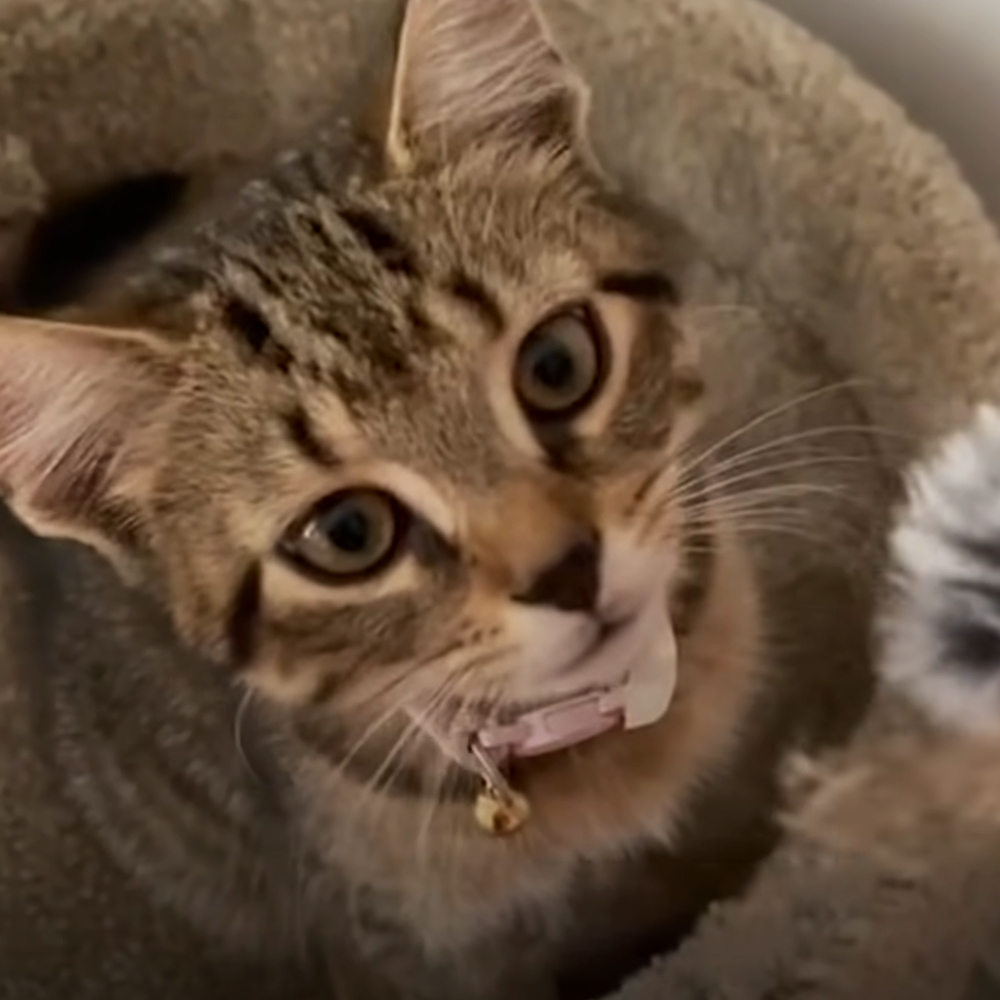 Two days after Elec found Tabby, his roommate found Luna. The two kittens bonded instantly. Soon another kitten, Taco, joined the kittens as Elec’s friend went to medical school and could not keep him.

The cats had an intense bond with each other. Tabby ran the house and loved to roam around and explore new things. She was very inquisitive and curious. She was the first stable piece of his new life for the cat dad.