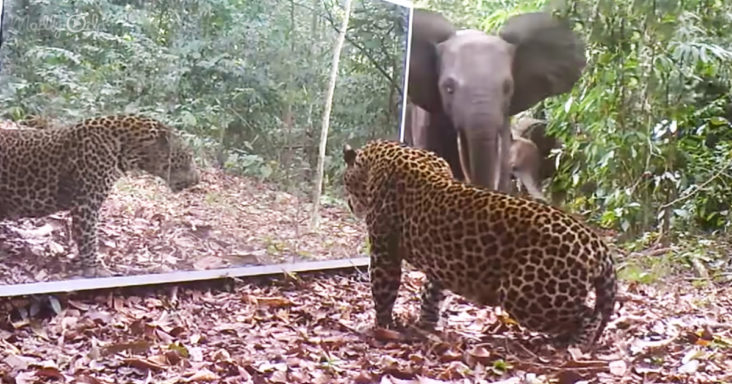 In a remote area of a Gabonese forest, a curious leopard is hypnotized by a mirror. Motion-activated cameras captured footage of the leopard’s reactions. Self-recognition for animals is typically very difficult.

The leopard stood in front of the mirror, not sure what it was at first. He seemed to think that another leopard was standing in front of him.

You could hear the leopard growl and even assume an aggressive stance as he got close to his reflection. Slowly he started to realize that he saw himself. 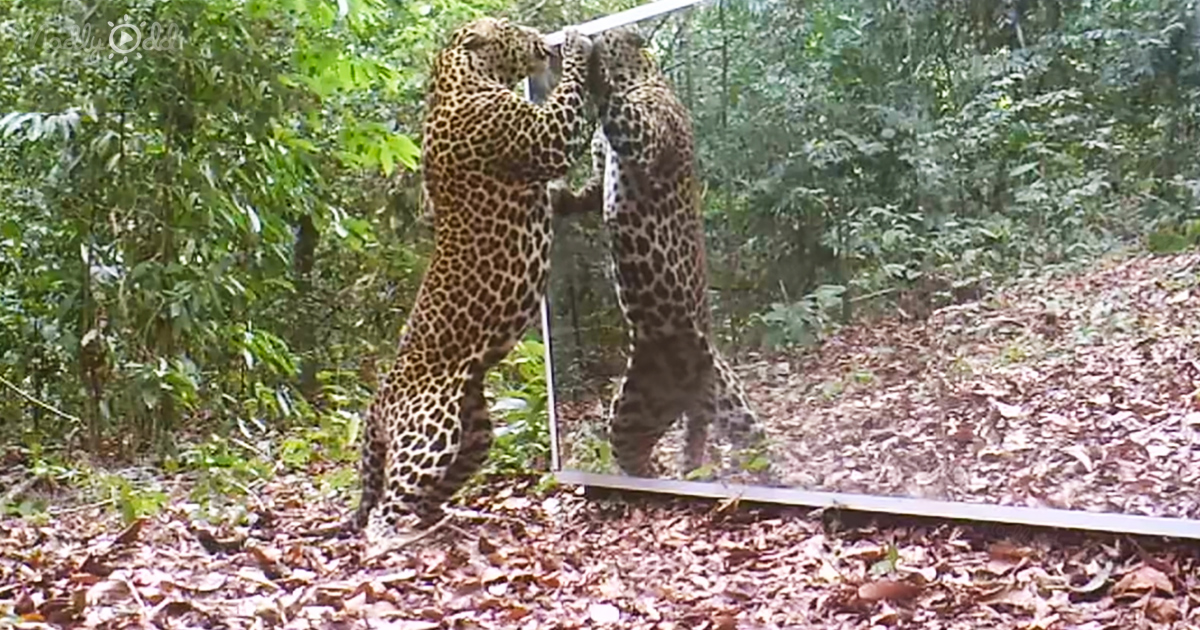 While he is studying the mirror further, a herd of elephants comes charging in from the distance to scare him away. Since he is their natural predator, they want to make sure he is afraid of them.

Instead of running off, the leopard stays nearby, waiting for the elephants to leave the vicinity of the mirror. The elephants who run around the mirror don’t seem to recognize their reflections.

As soon as the elephants walk back into the tree line, the leopard makes his way back to the mirror. He continues to appreciate his reflection.

The leopard even lays down in front of the mirror. At this point, he has become comfortable with seeing himself and is fascinated by how he looks like.