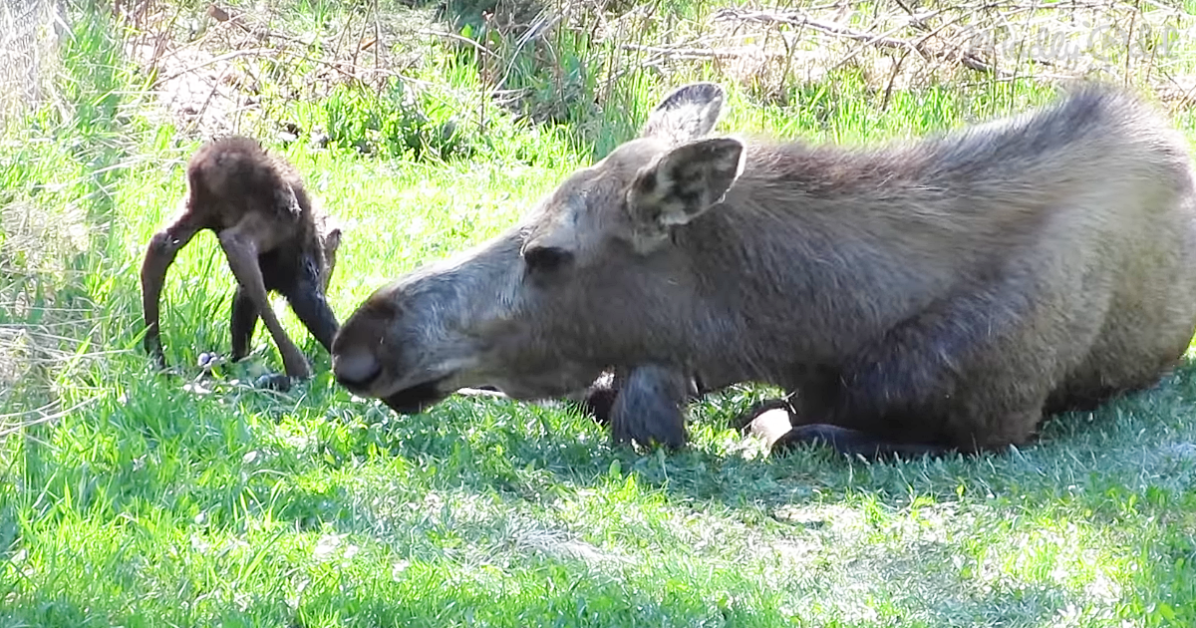 This is the circle of life. Births happen every day in the wild and we are hardly ever witnesses to this miracle, but when we are, we are awed and amazed. Two women noticed a mama moose in their yard and were watching it, amazed that it was so near to them. You will never be able to believe what their camera captured!

Seeing a moose itself is quite a thing, but being witnesses to a moose giving birth is nothing short of rare. I’ve barely seen a moose walk by in the darkness of the night and I have to admit, all of us in the car was silent with awe that we managed to see such a majestic animal. But what these women saw… I really have no words to describe what I feel. I’m just thankful they had their cameras out and ready and managed to capture this moment for all of us to see.

After getting a good lick or two, the first baby starts to move and soon enough you see the baby’s heroic efforts in trying to stand. In fact, his simple first few movements are both adorable and hilarious. I love the one part when the little one does a somersault in his attempt to stand and walk.

As the video nears its end, we hear the homeowner explaining to the two women how he just gave an apple to the mama moose that very same morning, and how she took it. He also explained that she had been giving birth in that yard every year, for the past 6 years! It’s quite clear that the mama moose trusts him – what an amazing story of trust.

I’m so glad there are people like him around who make animals feel safe so we can see the miracles of nature for ourselves. You have to WATCH this video of the mama moose giving birth – bet you haven’t seen one before! What did you think of the video? Write in and let us know in the comments below!