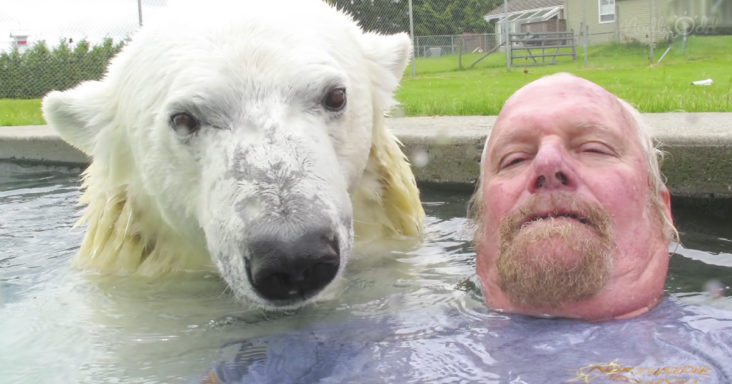 The only man who has a white Polar Bear and is so friendly that he can swim with her is Marc Dumas. He lives in Abbotsford, British Columbia, in Canada.

The name of the white polar bear is Agee. She is a 23-year-old who has made some human friends. Marc Dumas and his wife take care of this 362 kilos white bear.

Agee is involved in various entertainment-related advertisements and movies. She was also seen in the film called “Alaska,” released in the year 1995. The white bear is so close to the couple that it can be seen kissing Marc and hugging him. 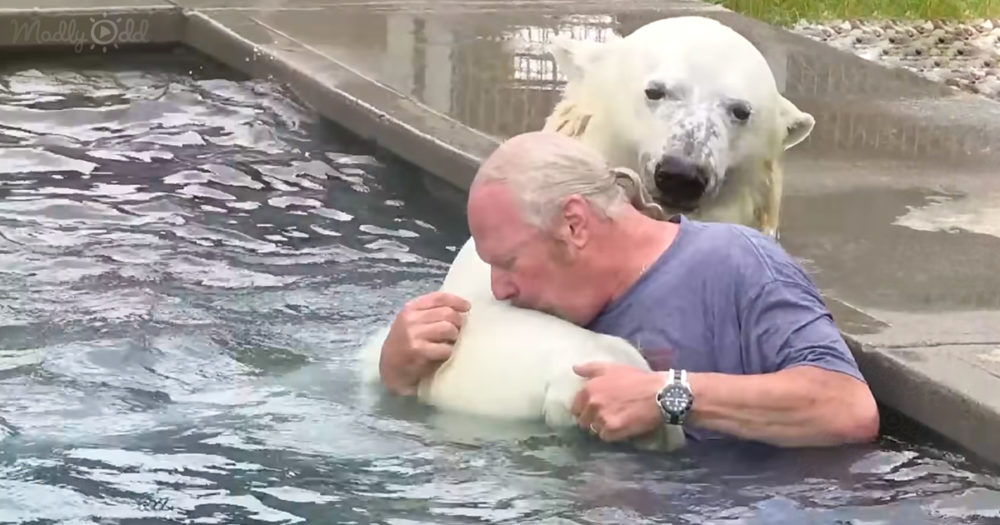 Marc is very fond of Agee and can be seen swimming with the white bear and taking beautiful pictures of him. Polar bears are found to live in captivity for at least 35 years.

Marc has spent a long time with Agee and says that he loves Agee and is not afraid of the white bear. By living together, they have formed a strong bond with each other.

Agee seems to be very happy and loves swimming in the pool. The best part is that she does not have to worry about finding food as Marc is taking care of his needs with utmost priority.

Marc and Agee have known each other for a long time, and they trust each other a lot. He has been training Agee and agrees that she is one of their primary family members.