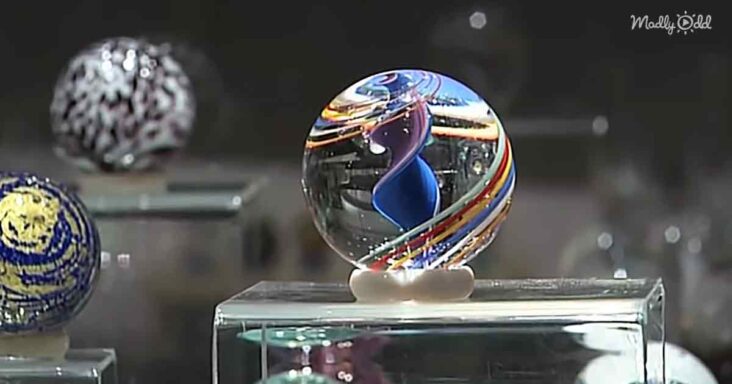 House of Marbles had been manufacturing marbles and traditional glassware for a long time. Several young enthusiasts, along with their parents, who had visited, were allowed to glimpse the magic making of glass marbles. Marble-making at the glass shop was a severe business. 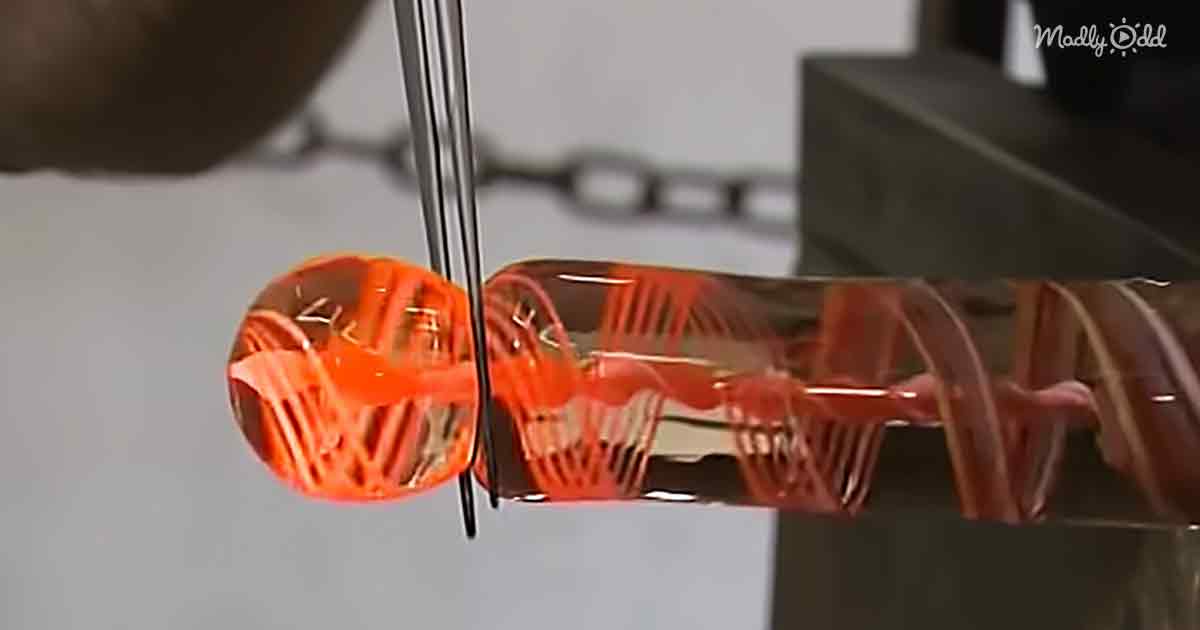 The glassblowers made sure that the marbles they created were round and beautiful, and of course, it’s always better to add some colors in the middle.

You might wonder how the glass marbles were made. Well, expert glassblowers and marble makers work several hours in the heat of the glass works to create these magical spheres of beauty known as marbles. Then, several people join around to take a glance at the process of glass making. 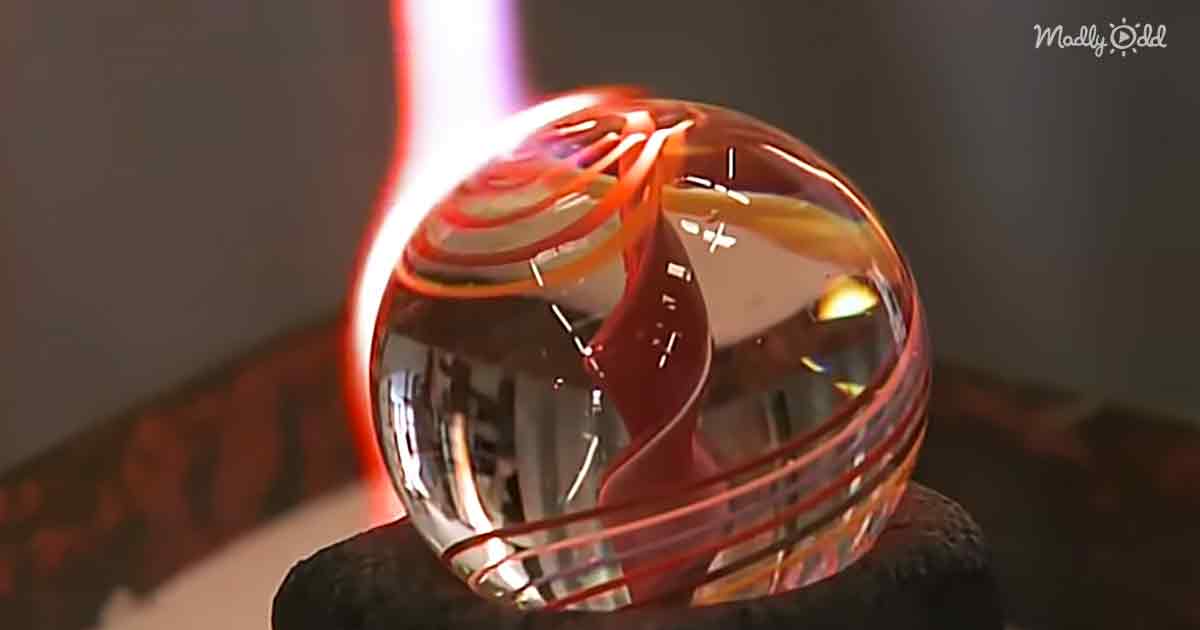 The glass was made by melting granules, mainly sand, the principal ingredient. The blower’s oven uses incredible heat to reduce the mix to a liquid. These furnaces use masses of gas to make an enormous amount of heat. So the marble maker began his work at his glory hole. This was the name the glass-blowers give their warming ovens.

The skilled worker began his creation by making a colored glass sandwich. Then, the melting furnace was ready with some new molten glass. The blower’s assistant used a steel rod to gather what all glass makers call a gob. Marbles of wood and clay have been around for almost 1000 years. However, glass marbles were a pretty new idea. It was always fun to glimpse a glassmaker at work. 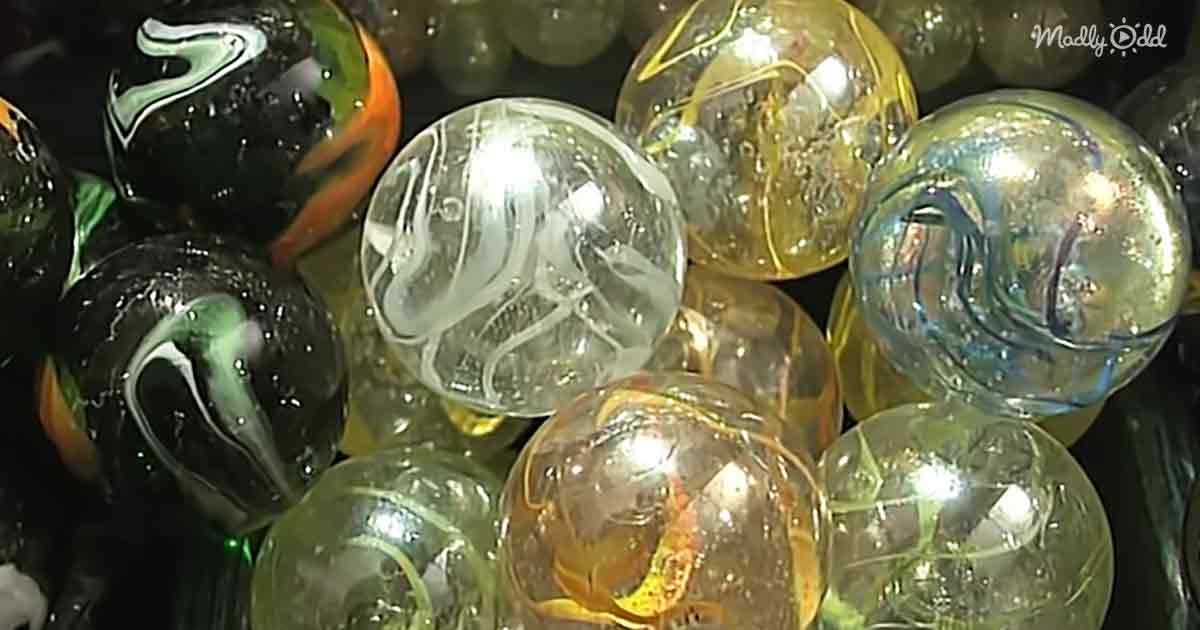 The senior blower returned to the glory hole. He had more glass in his rod and had been warming it up, as they had to keep warming the glass on the rods so that they were hot enough to fiddle with and could be easily reshaped. The assistant blower had come off furnace duty to help the marble maker. Both the skilled workers had impaled the orb on another steel rod called a Ponte.

With great skill, the glass blower stretched and twisted the glass, making it longer and longer until it looked like a skipping rope. Finally, the assistant added a few drops of water to shock the hot glass, so it fractured. They already had a piece of twisted glass in the other corner of the workshop and were working on it. He took the rod to the furnace to get more of the melted glass.

He then poured the melted glass into a cup that had some colorants. These spindles of color would add to the finished marble’s glory. Another vital part of making marble was making a swirl with the melted glass in the optic mold. With the block mold made of graphite, the marble maker turned and shaped the end of the glass rod into a bar ball. Bee’s wax, another essential tool for a glassblower, acted as a lubricant. A stroke with cold steel fractured the glass. Hence, the marble was broken away. The snapped end formed a lump called a nipple. A marble with a nipple would roll most erratically. Thus, a lump was flattened down under a jet of burning gas. The marble was kept in the annealing oven to cool off, releasing the stress. The beautiful spherical marble was now kept in the shop for the people to admire.