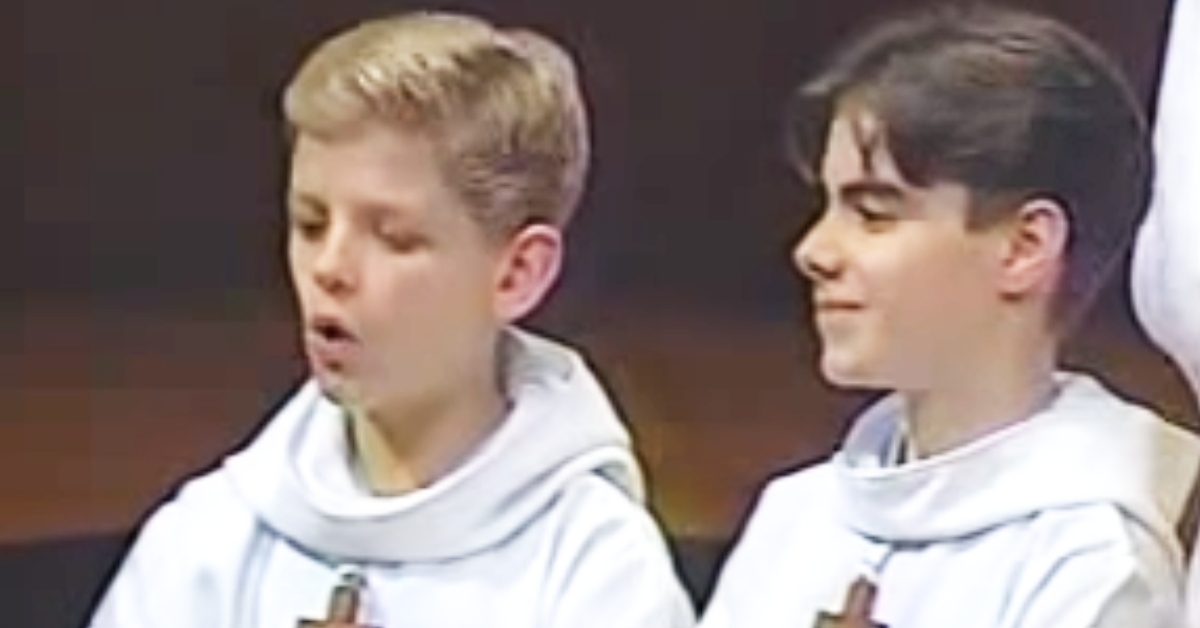 This must be one of the most remarkable performances we have ever seen. Two boys from The Catalunia Boy’s Choir sing a classical song appropriately entitled “The Meow” using only feline vocals. You really must see this to believe it. During the entire song, you can only hear one single word: MEOW! But somehow it does not get at all boring.

The choir is about to perform a piece written in the 18th century called “humorous duet for two cats” (“Duetto buffo di due gatti” in the original Italian.) We wonder whether the cats are meant to have Italian accents? 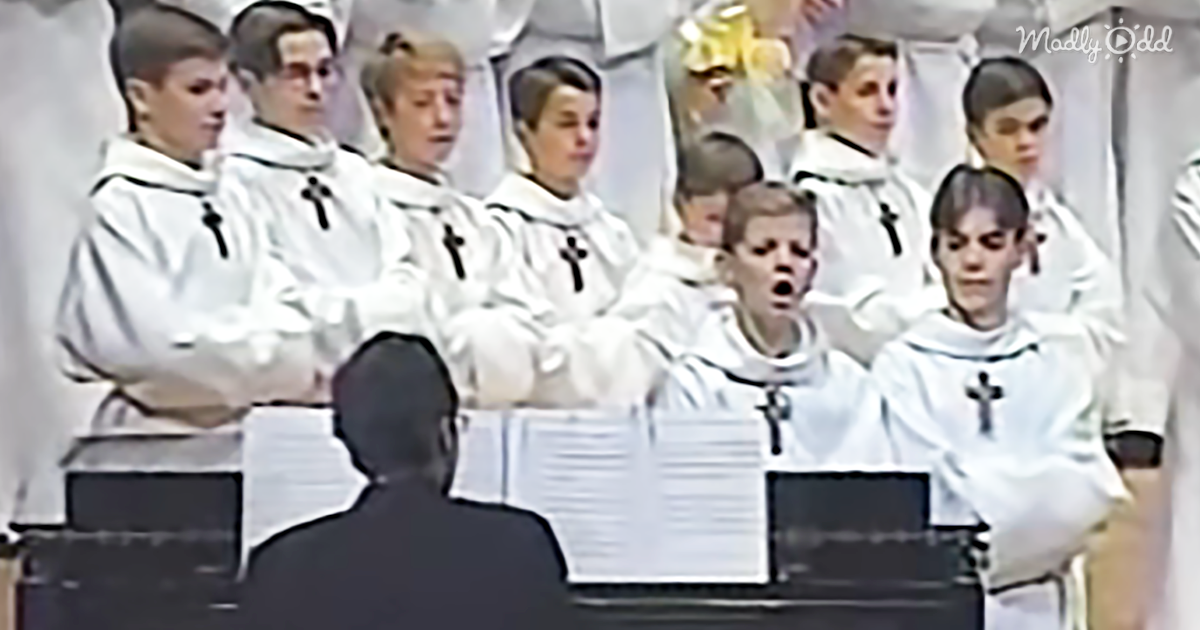 The boys are from “Les Petits Chanteurs a la Croix de Bois (PCCB)” in Paris, which is, apparently, a fairly well-known boys choir in France. Well, now it’s a very well-known choir!

The “lyrics” consist entirely of the repeated word “miau” (“meow”) and by the time this beautiful piece has played, you will be fluent in cat-speak, and for those of you that already are, you’ll appreciate the nuance even more. You might even pick up a few new words to impress your cat. 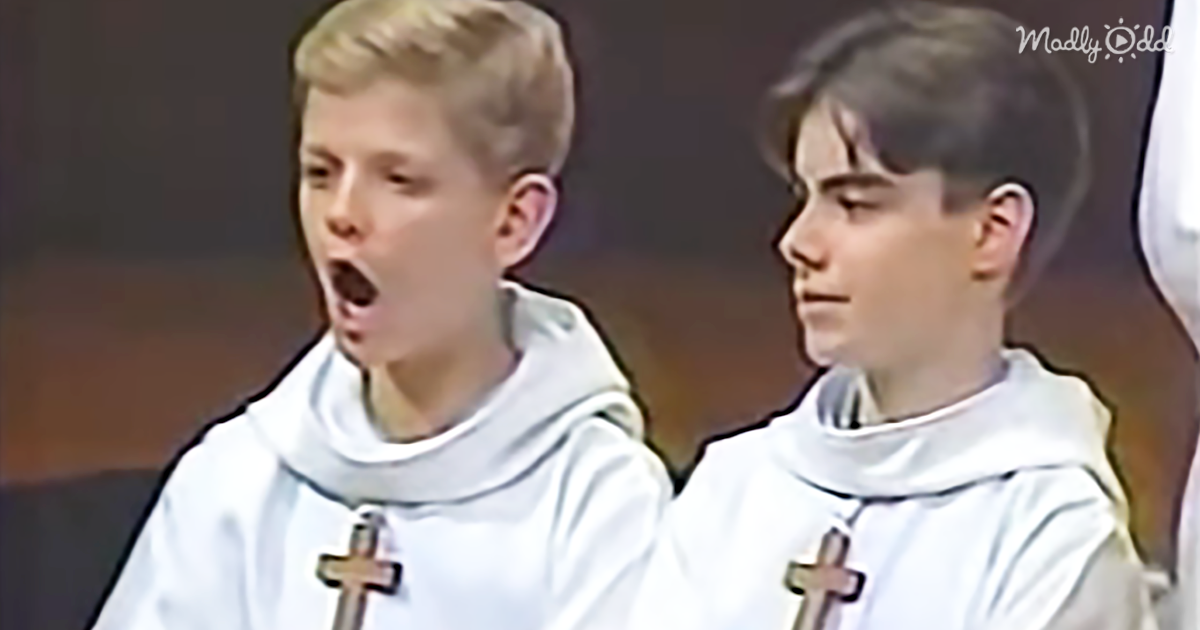 It is quite surprising to hear these young boys present this classical song in such a professional way, they not only deliver the song with amazing clarity and style, but they are also able to keep a straight face. 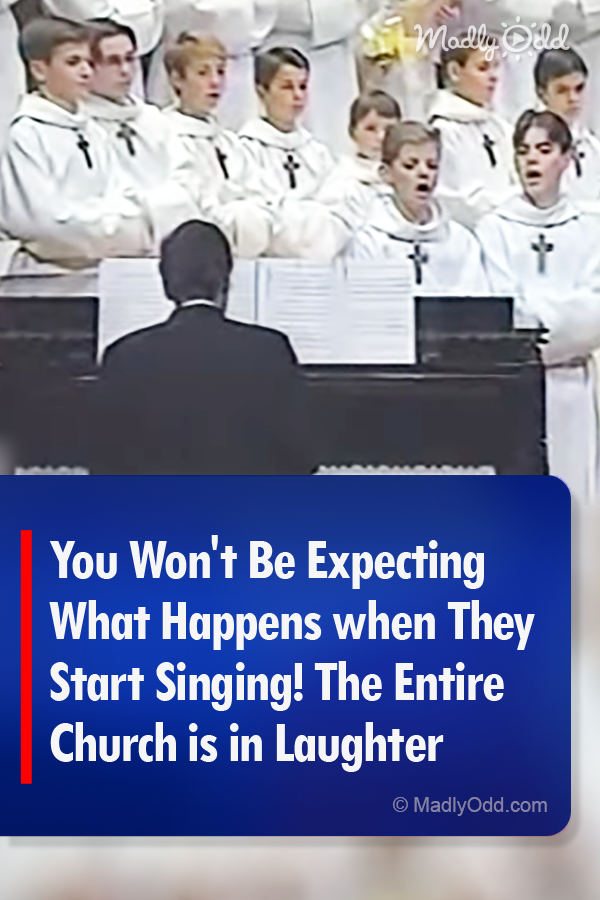