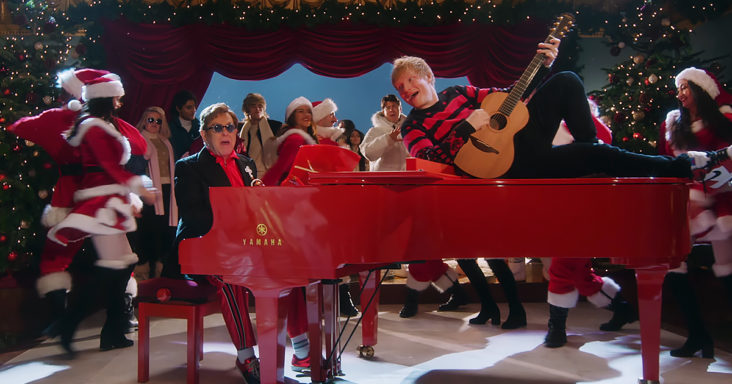 Two legendary singers, Elton John and Ed Sheeran came together to perform ‘Merry Christmas.’ In the music video, they started off by performing inside a nice and cozy home. 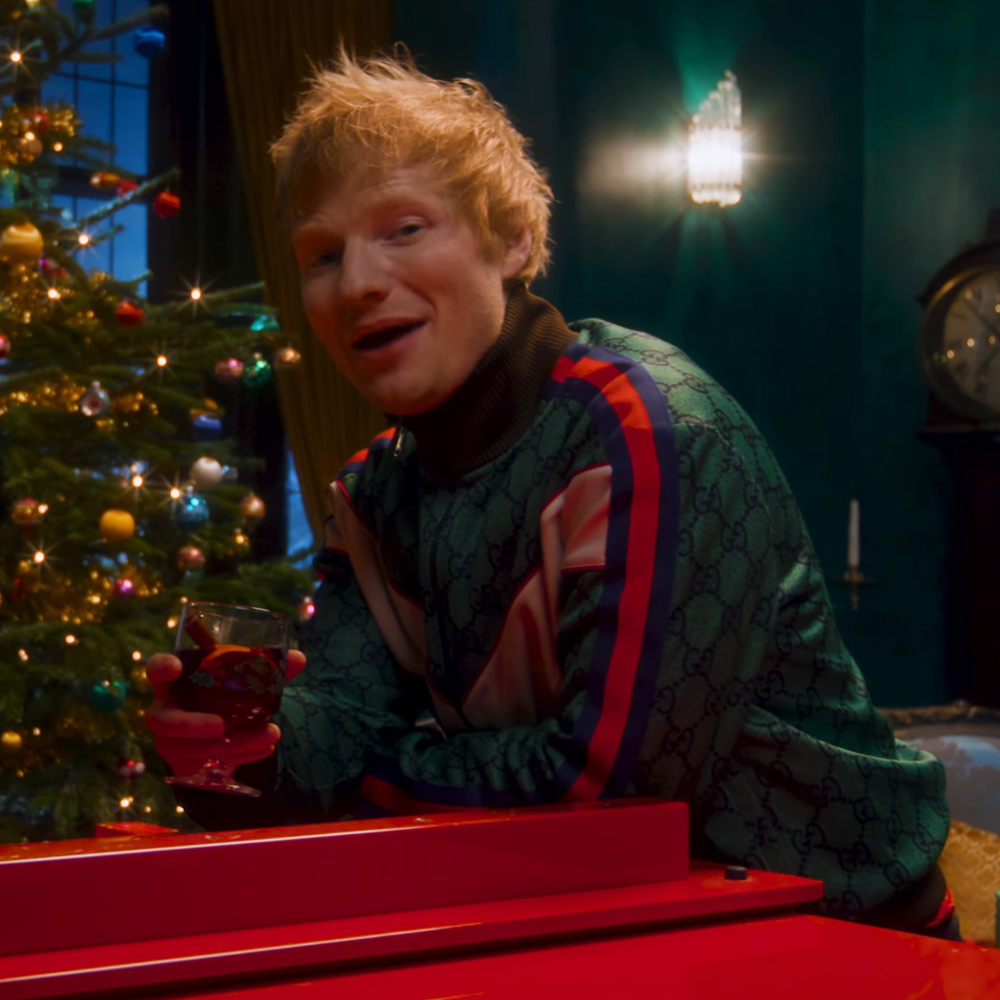 Ed opened the song with his remarkable voice while Elton played the piano. Across from them, several people were dancing along to their music. Ed had a big smile on his face while he sang and looked at Elton.

Behind them, there was a colorful Christmas tree surrounded by tons of presents. Elton wore a bright red scarf, and his piano was the same color. Ed went through several outfit changes. 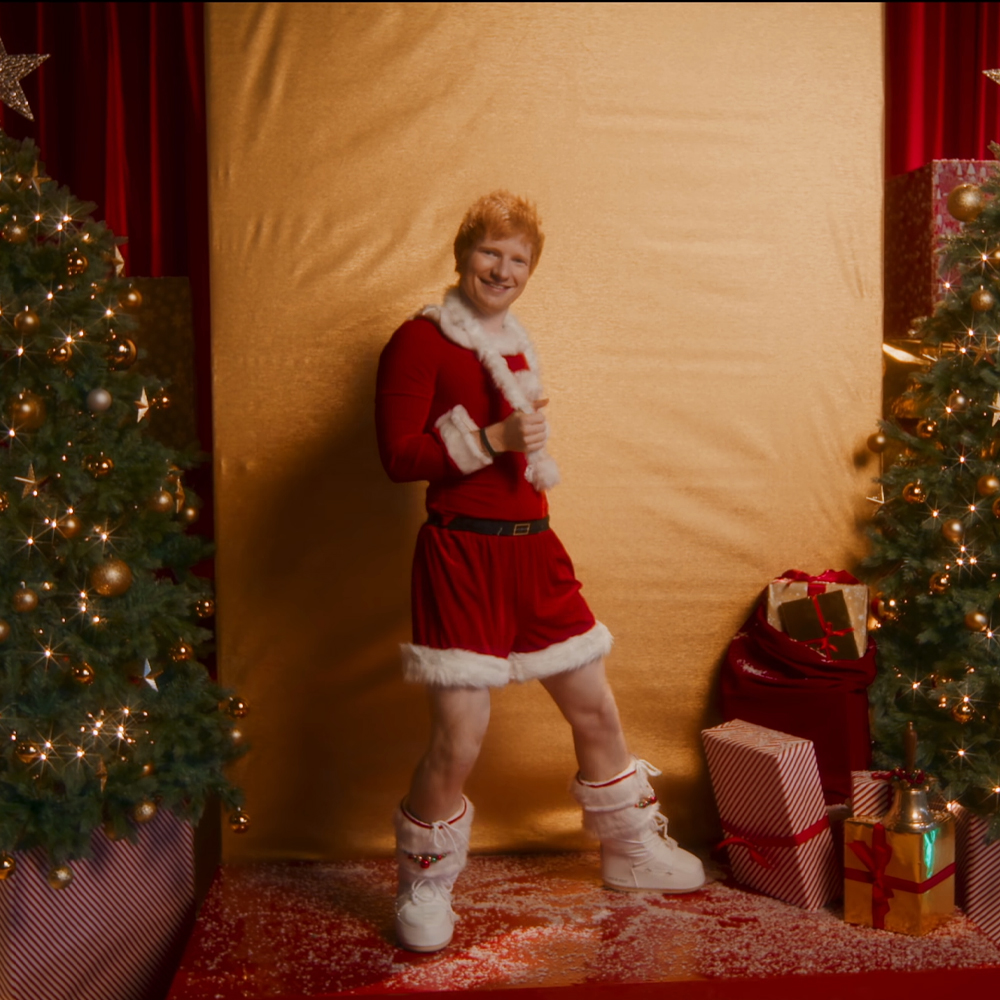 At one point during the song, Ed wore a skimpy Santa outfit before going outside into the snowy wilderness. They played in the snow, and Ed flew above the forest and saw everything covered in a blanket of white.

Elton John followed him, and he wore colorful outfits while continuing to sing with his fantastic vocals. Their voices blended together well to create an unforgettable tune. 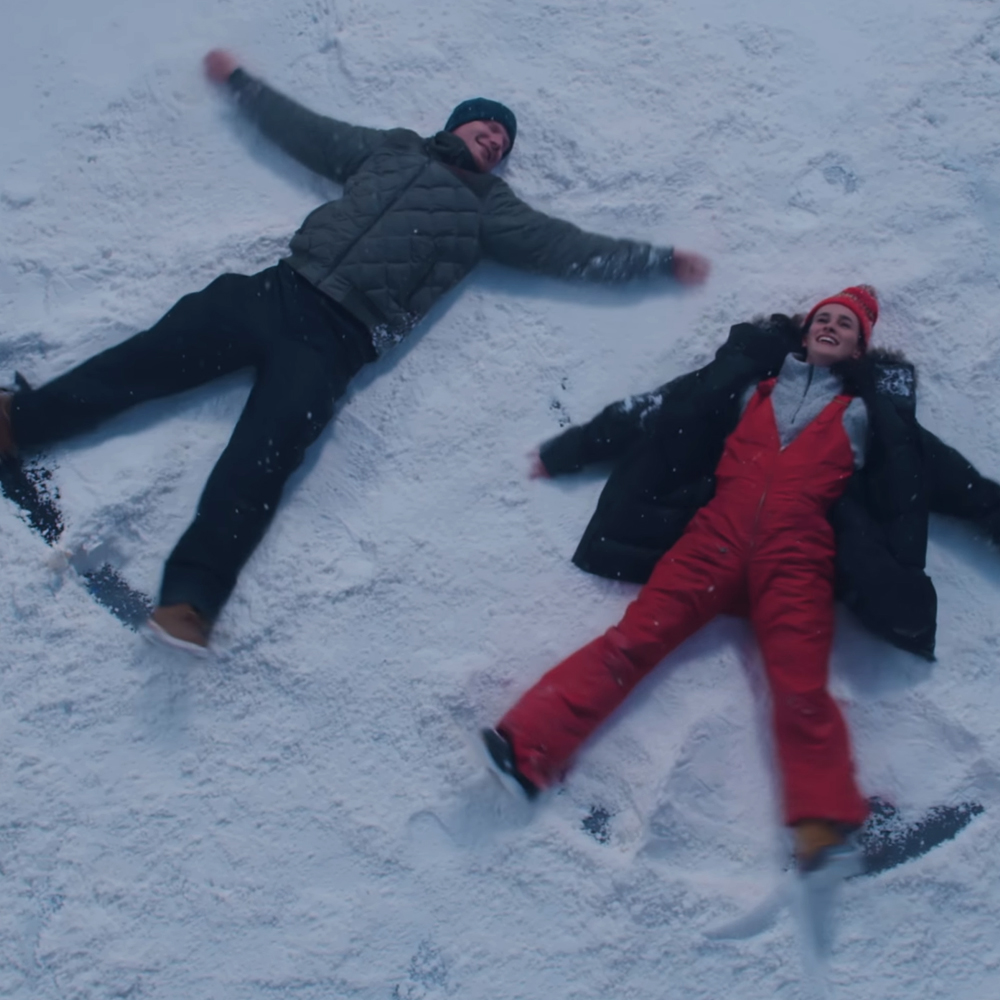 While snow fell around them, they performed under the cold weather. Ed got down on the ground and made snow angels while making new friends.

The finale of their performance showed Ed lying on the piano while playing guitar. He and Elton were surrounded by dancers dressed in Santa outfits. It was a bombastic end to a festive song. 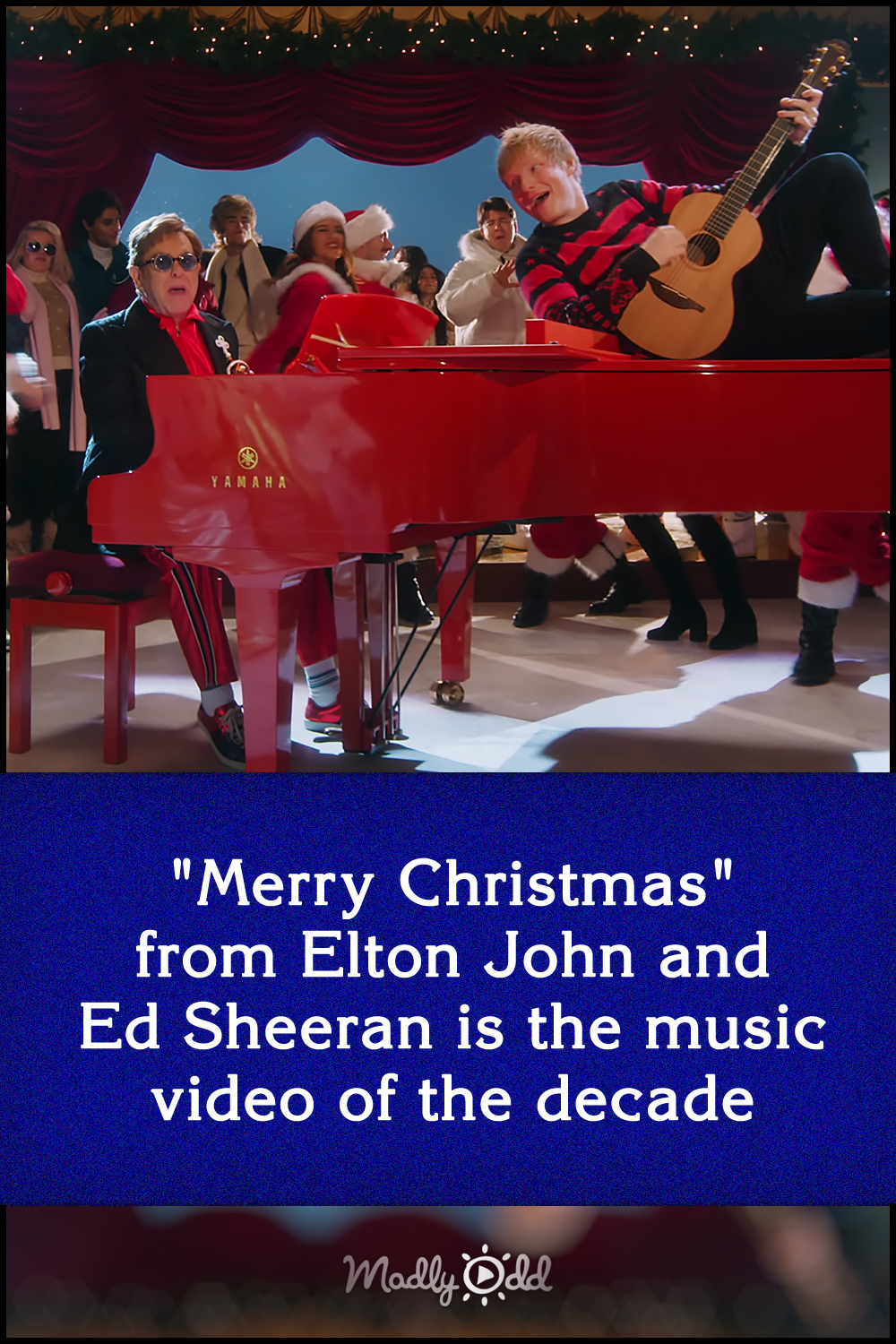