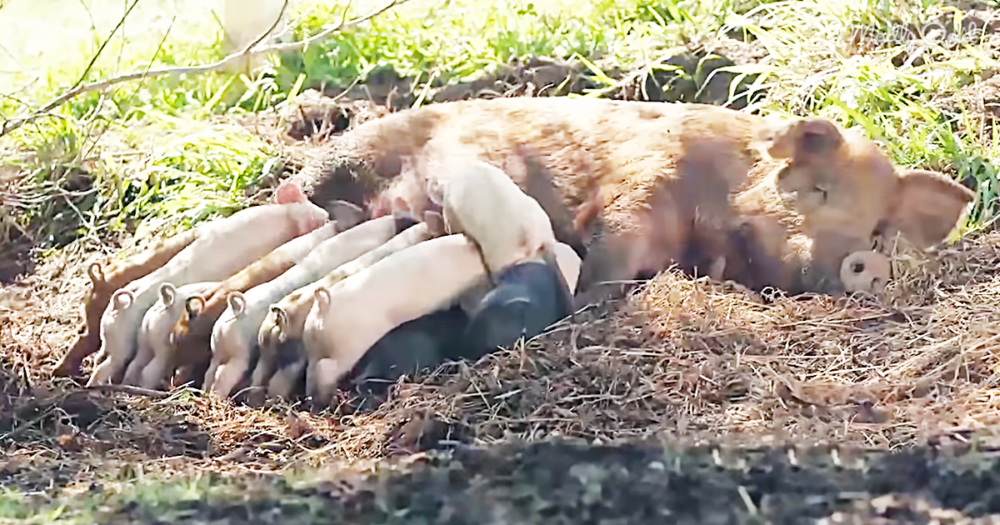 Giving birth is no easy task, and when you’re alone, sick, and malnourished, the task is only tougher. But this mama pig wandered into John Chester’s Apricot Lane Farms and ended up getting a sheltered area for her delivery.

Everyone was worried about this sow, who they named Emma, as she was sickly and terribly skinny. With such a malnourished body, everyone wondered how she would make it through the delivery; forget about the arduous task of raising her piglets. But, they were going to help her as much as they could. 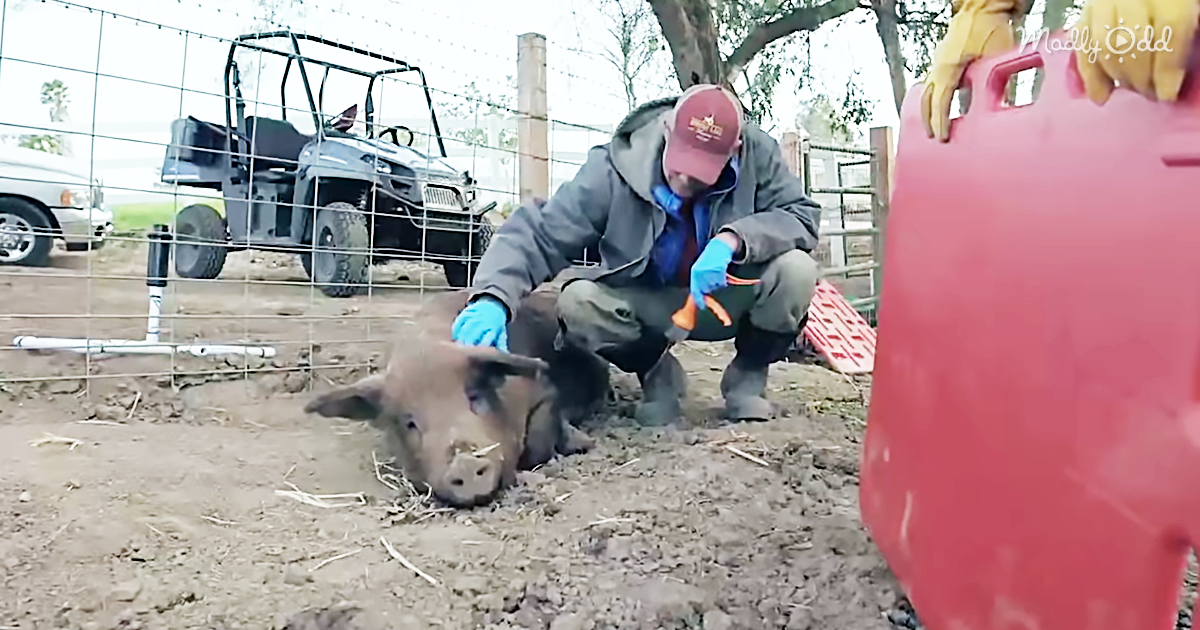 When Emma the sow finally gave birth, 17 piglets were born. That is an incredible number of babies; sadly, four passed away. However, the delivery tired her, and she grew feverish and soon could not produce enough milk to feed her offspring.

Fearing for her life, the piglets were removed so that she could concentrate on getting better. But her health kept worsening. She stopped eating, and it seemed that she had lost the will to live or to fight for her life. With each breath slowly ebbing her life force away, it was decided that the piglets would be brought back and reunited with their mother even though this action may tire her more.

After her 13 piglets surrounded her, she slowly regained her strength. Their little noses and tiny bodies clamored all over her, seeking for nourishment that only she could provide. The tiny little piglets had done what no medicine could – they brought her back to life. Her babies were giving her a BIG reason to live.

As the story unfolds, they all grew healthier, and now Emma looks better and has gained a bit of weight as well – 200 pounds to be exact. Her amazing story of survival against all the odds with help from her little piglets has come to light in social media as well as televised shows. Check out their story in the video below.