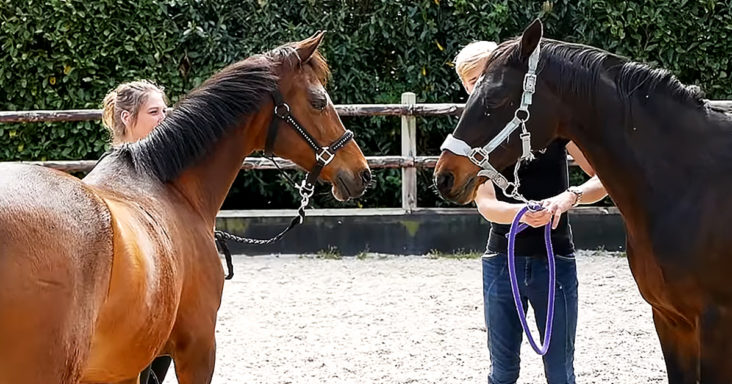 Jesse Drent is a talented horse trainer who owns beautiful horses. He loves all his horses and is very fond of them. Jesse is usually accompanied by his friend Matt who also shares his passion. 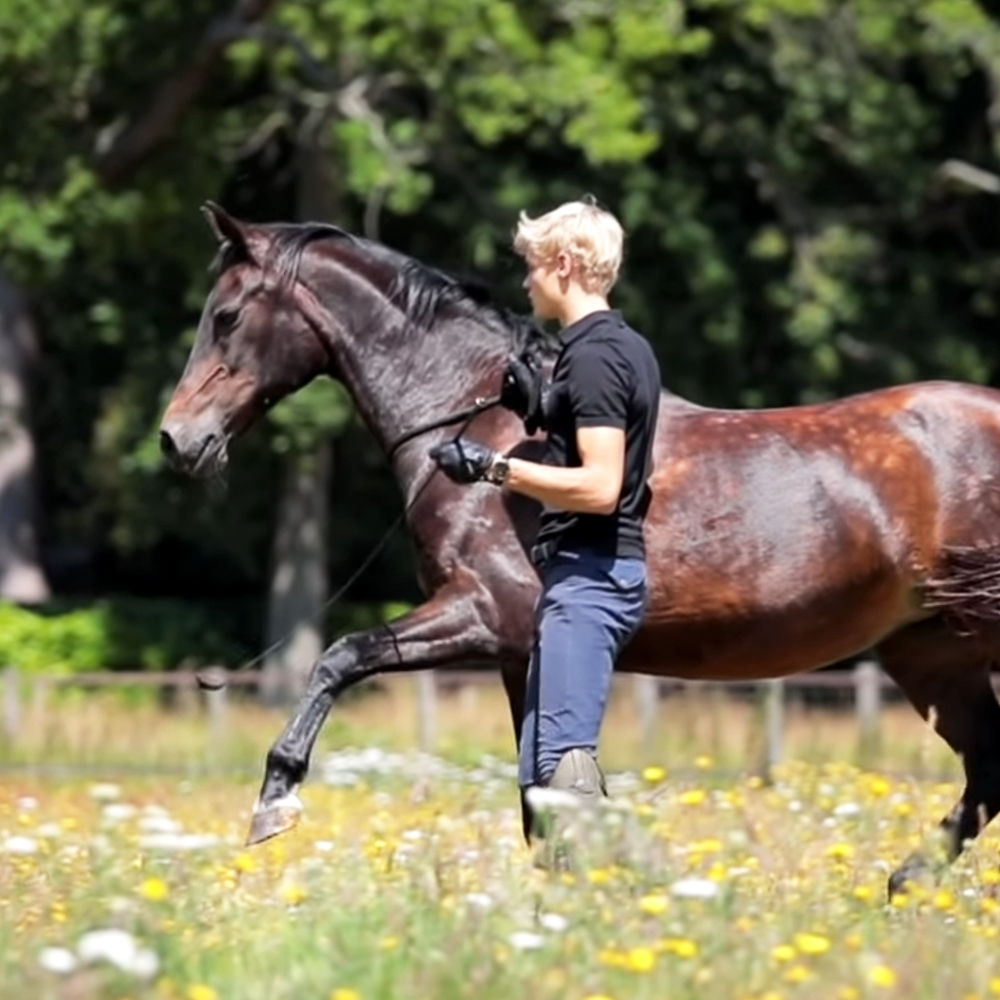 Ever since Jesse had adopted the horses, he wished to know more about their past life. The best thing was that his wish came true. He recently found out that one of his horses Andorra, who has been with him for a long time, had given birth to a foal before.

Andorra’s foal is now owned by Nathalie, who is a wonderful lady. She shares a similar passion for horses as Jesse. Nathalie had contacted Jesse as she wanted them to reunite the mother and the daughter. 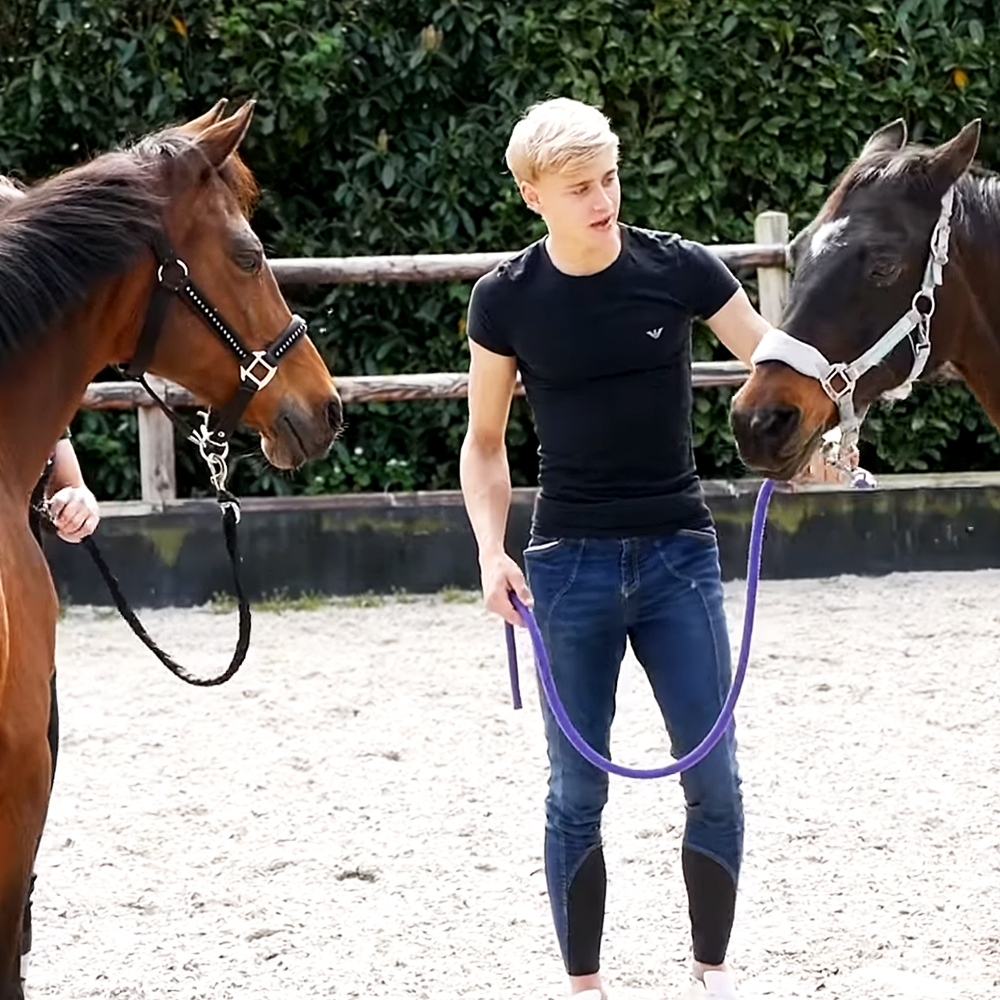 Nathalie had named the beautiful foal Ruby. Nathalie arrived at Jesse’s ranch in a horse van and was accompanied by her little daughter. The little girl was a mirror image of her mother. Ruby, the dark brown horse, also looked incredibly young and beautiful and impressed both Jesse and Matt.

Andorra & her daughter Ruby looked very young and healthy, and both the owners thought that the horses had good genes. The secret behind the glowing skin of the two horses and their happy state of mind was the love and affection their owners had showered upon them. 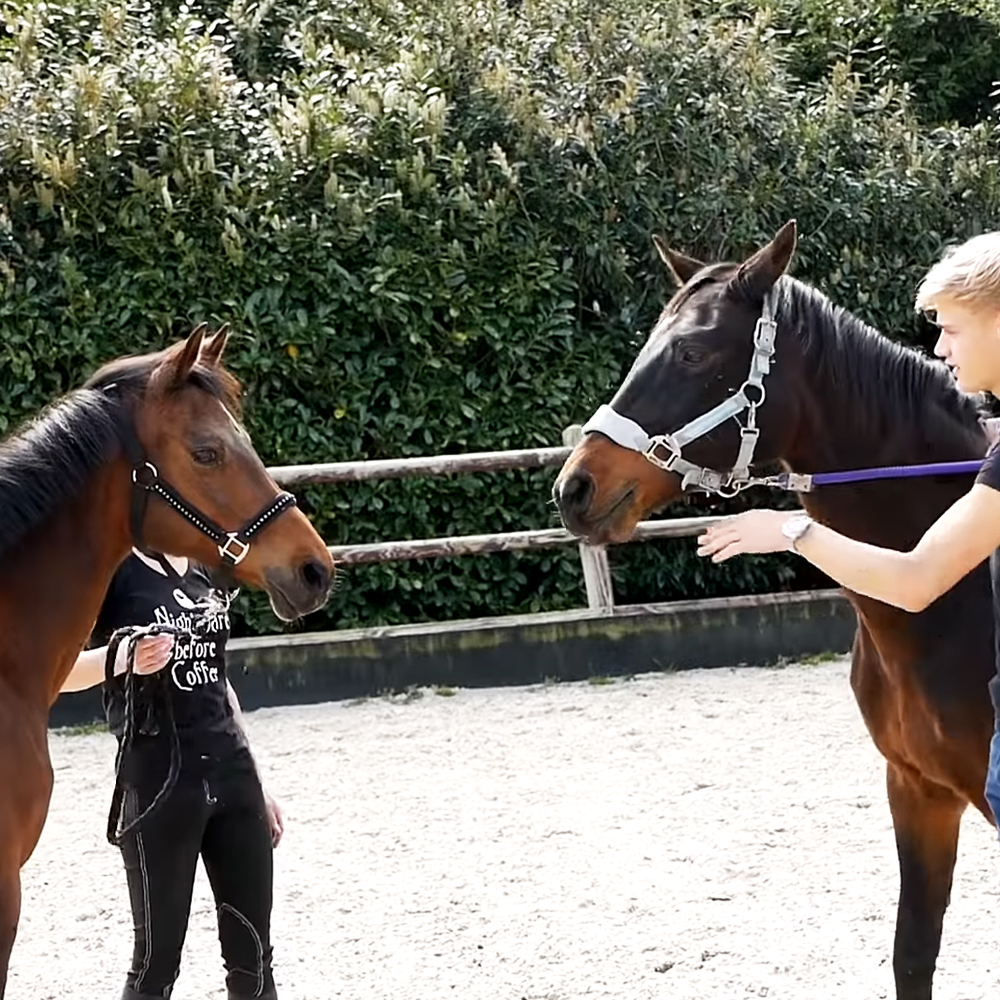 The mother and daughter duo met at Jesse’s enclosed horse pen after 17 years. Both the horses were skeptical at first to go close to each other. However, Andorra was the one who took the initiative to draw closer to Ruby.

The horse owners had a little chat and discussed how beautifully the horses have aged. Nathalie’s little daughter even took Ruby for a stroll and enjoyed the walk with her pony. Later, Andorra and Ruby accompanied their owners. Then, finally, the horses were taken to the stable, where they relaxed in the horse stall as neighbors. 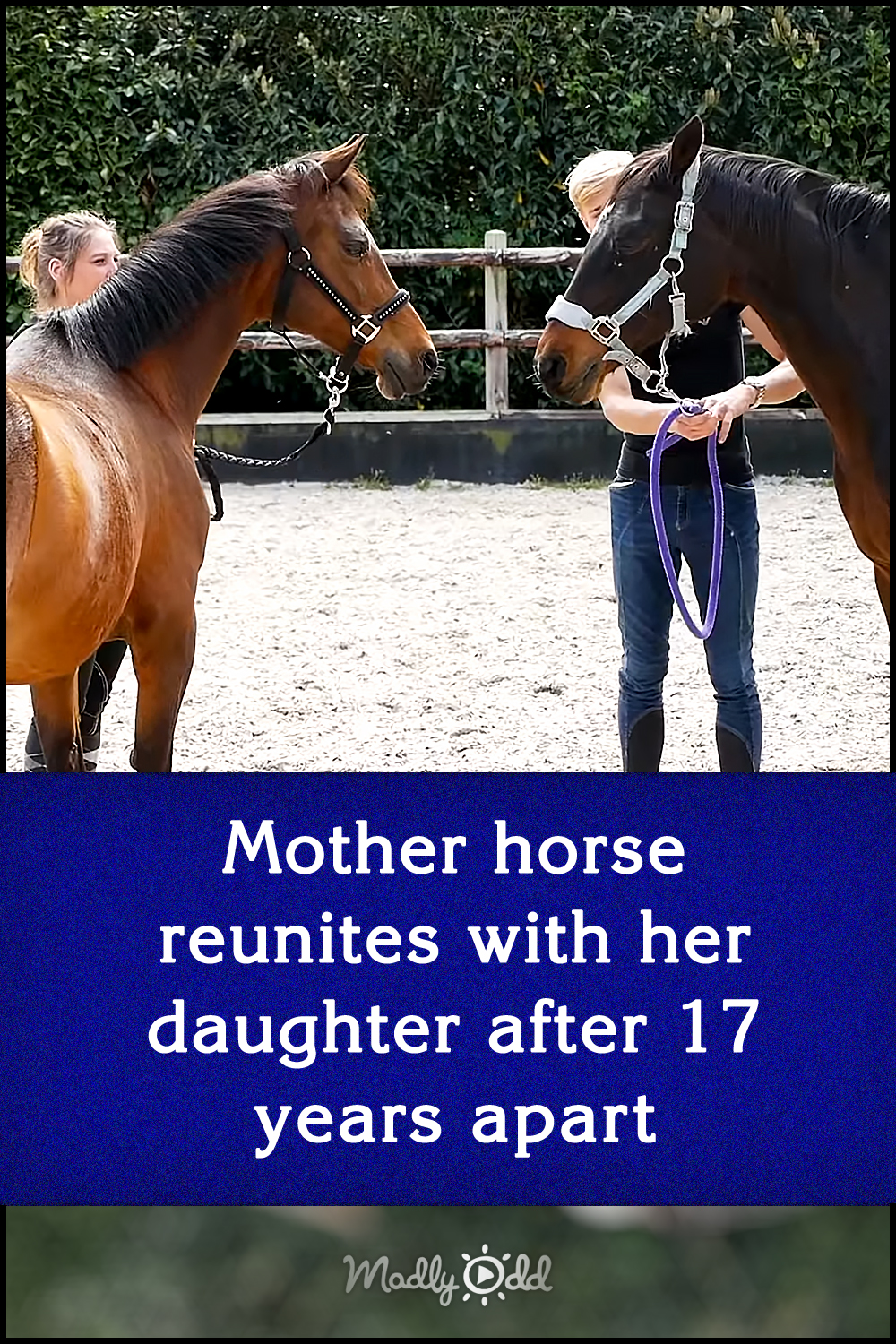