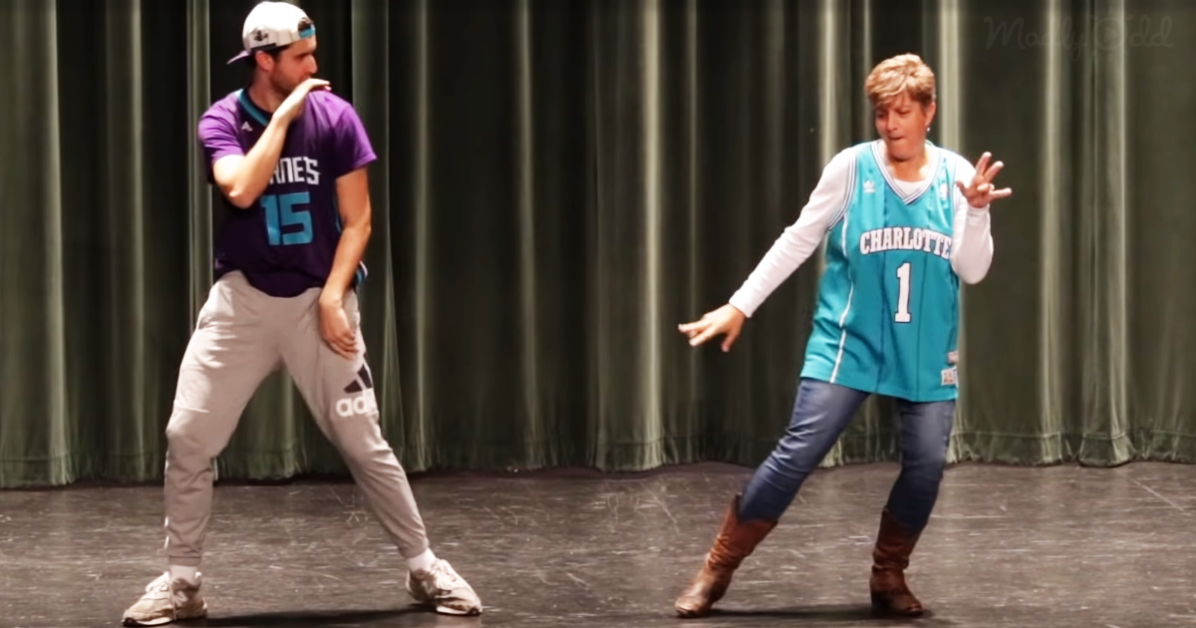 A popular compilation video showing the concept of “Evolution of Dance” throughout the decades is one of a mother and son duo.  This video was actually a part of a talent show at Myers Park High School in Charlotte, NC that was set up as a benefit for the Susan G. Komen foundation for breast cancer research.  The two dancers were the high school’s guidance counselor Scott and his mom Ginny.

The compilation starts with the duo dancing to a short clip of Bruno Mars’ “Uptown Funk.”  The son has the “swag” most of the crowd was expecting, but when mom Ginny starts dancing along with Scott, the crowd instantly cheers at her obvious confidence on stage.  The second song features part of the 90s favorite, the “Macarena.” 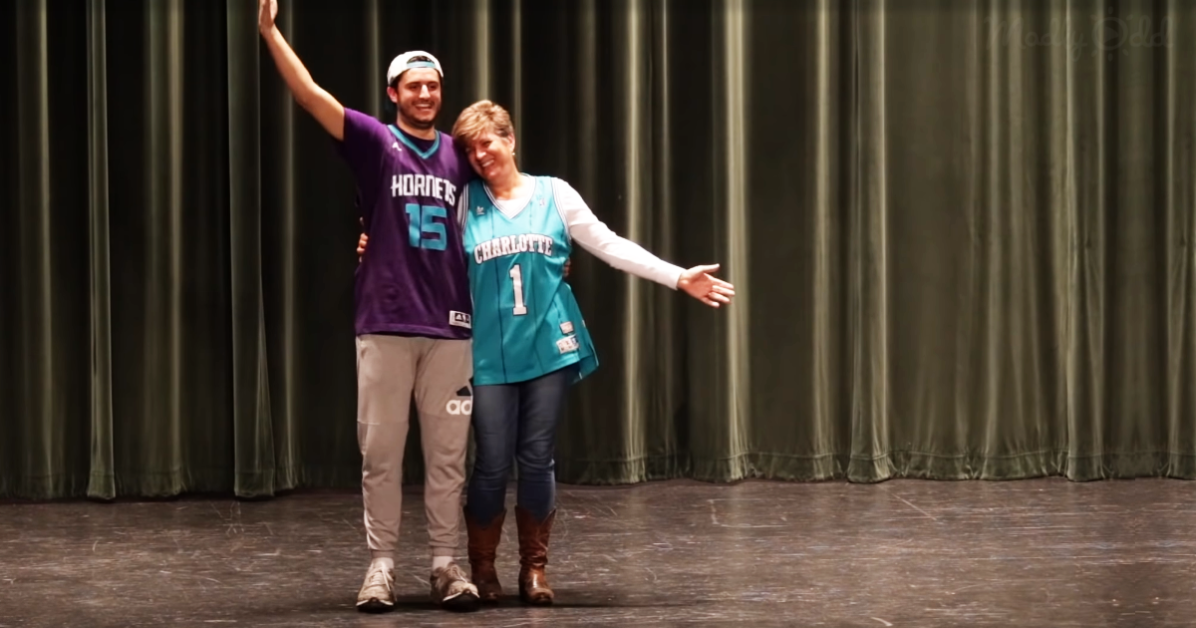 At this point, the music fades into “It’s Not Unusual,” a popular song from the 1960s.  Scott quickly moves in front of his mom to upstage her and begins dancing the “Carlton” to this oldie.  This sparks a few bouts of friendly dance-off between the two.  The crowd really approved of Ginny’s “Cotton-Eyed Joe.”

Throughout the compilation, Ginny and Scott dance to many other well-known song clips either together or solo.  Some of the other crowd-pleasing songs were “YMCA” and MC Hammer’s “U Can’t Touch This,” complete with both of them moonwalking.

Hip hop made numerous appearances, and Ginny really impressed the crowd with her obvious confidence and swag.  A crowd favorite was GS Boyz’s “Stanky Legg,” “Watch Me (Whip/Nae Nae)” by Silento, and Sage the Gemini’s “Gas Pedal.”

At the end of the routine, mother and son strike a pose and then bow to the crowd together.  Applause and cheers fill the auditorium as they walk off stage.

This video was first discovered after being posted on YouTube, where it has since received over 6.5 million views.  Something impressive to note, though, is that this originally was posted on the Myers Park High School’s FB page – where it received an additional 49 million views on FB alone!

If you enjoyed this dance compilation video, please share it with your friends and dance along together.