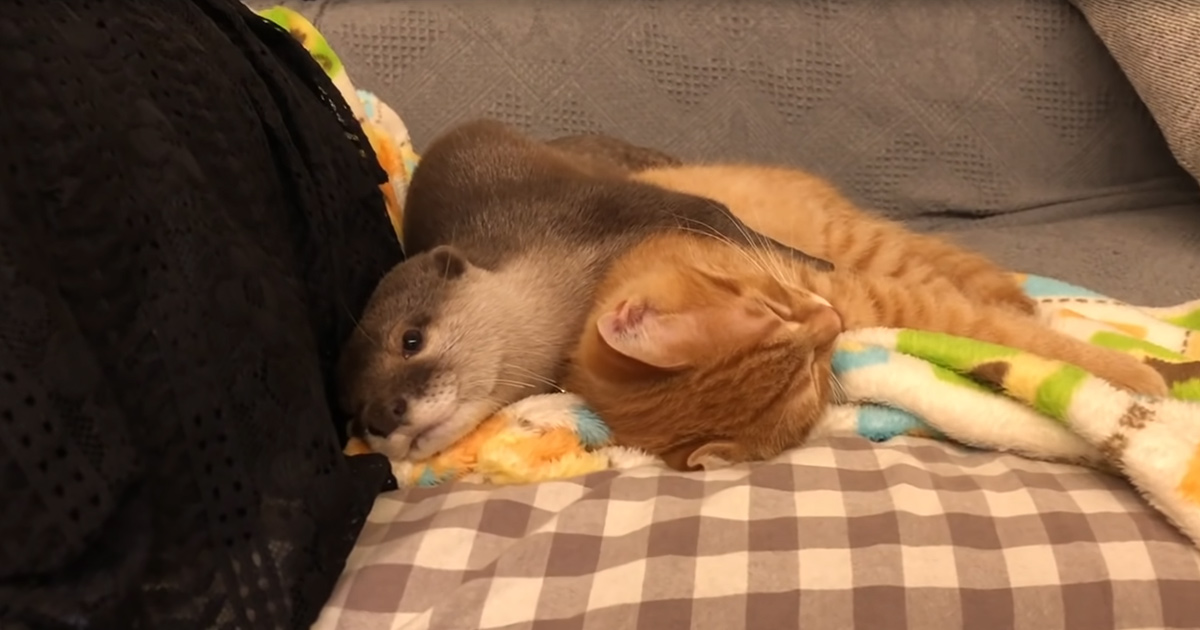 With her bubbly personality, adorable squeaks and baby face, Sakura the otter is an undeniably cute pet. But even cuter is the unbreakable bond she shares with a kitten named Mochi, who is not only her partner in crime but her favorite snuggle buddy.

Sakura and Mochi live together at a home in Japan. Their favorite pastime? Taking naps together. Sakura is an Asian small-clawed otter who is just a little smaller than Mochi. But that doesn’t stop her from wanting to be the big spoon, lying alongside Mochi’s back and draping her arm over her bestie.

The two usually take their naps on a pillow on the couch, exchanging yawns before lying down and dozing off. Mochi is completely at ease with Sakura’s arm around her or with the small otter curled into a ball and nuzzled into her chest.

But once Mochi wakes up, both are off to the races, sprinting off the couch and onto the next adventure. Sakura is so crazy about Mochi that she sometimes takes on other cat behaviors, like pouncing and batting with her paws. 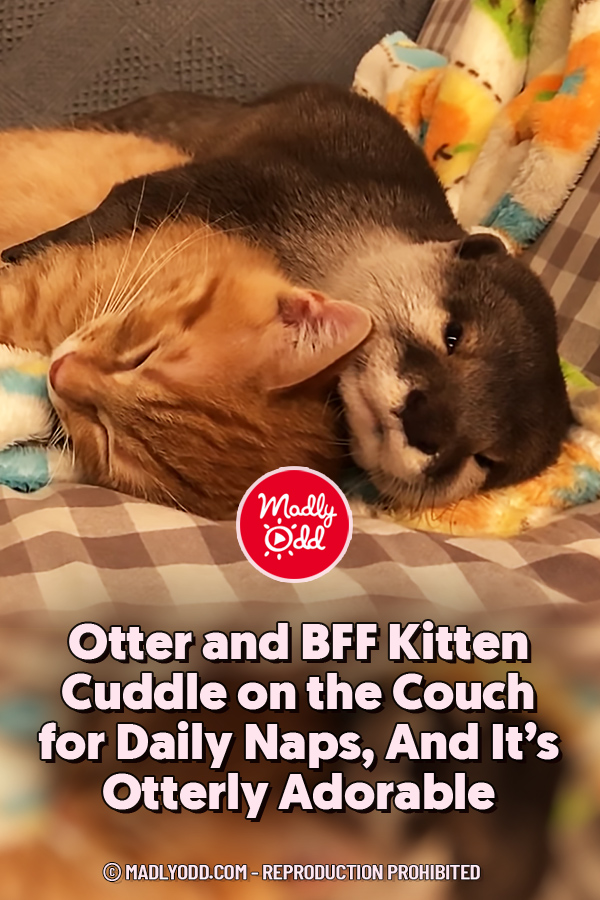