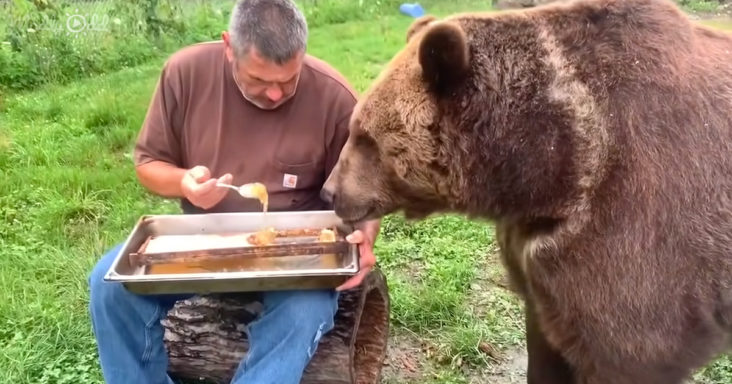 Bears are known to be territorial and protective of their environment. They are usually elusive with humans since we are considered a massive threat to them.

However, there are groups of rescued bears who acknowledge humans as their families. Instead of running or hiding away, they typically come rushing because they assumed there was food.

Everybody also knows how bears love the taste of honey. Whenever they smell the sweet scent of honey, they are usually enticed and attracted to come. Well, who wouldn’t want to have a bite of this tasty product? 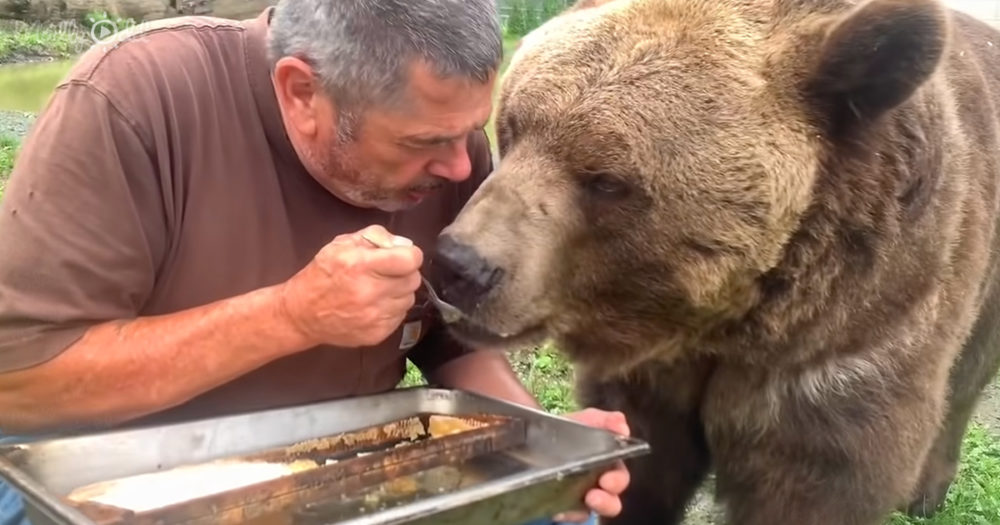 Leo, a grizzly bear from Orphaned Wildlife Center, is one of those bears who enjoy eating honey. But unlike most of them, Leo is considered a disciplined one.

He patiently waited for the food to be spoon-fed to him and did not aggressively launch the caretakers. He impresses everyone with his fantastic table manners that can be rarely seen on most animals.

That’s probably the main reason why caretakers can confidently come and feed the considerable bears in the sanctuary with their bare hands. They are pretty sure that these cute grizzlies are well trained and have manners.

As ferocious as they look, indeed, there are some sweet as honey traits these bears have that we often see when they are in the wild. They might be fearsome to some, but they only need respect and attention, just like any being.