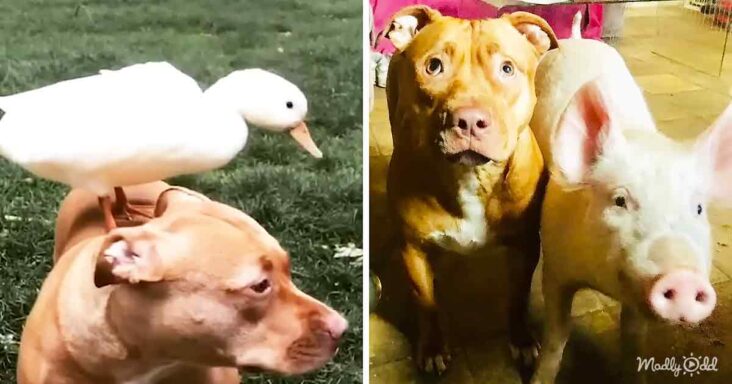 Cali, the Pitbull, had always loved the rescue babies her mom, Charli Sotiriou, used to bring in. She was literally the reason why they were all together. The baby ducks were so used to her that they seemed unbothered by the dog’s presence. 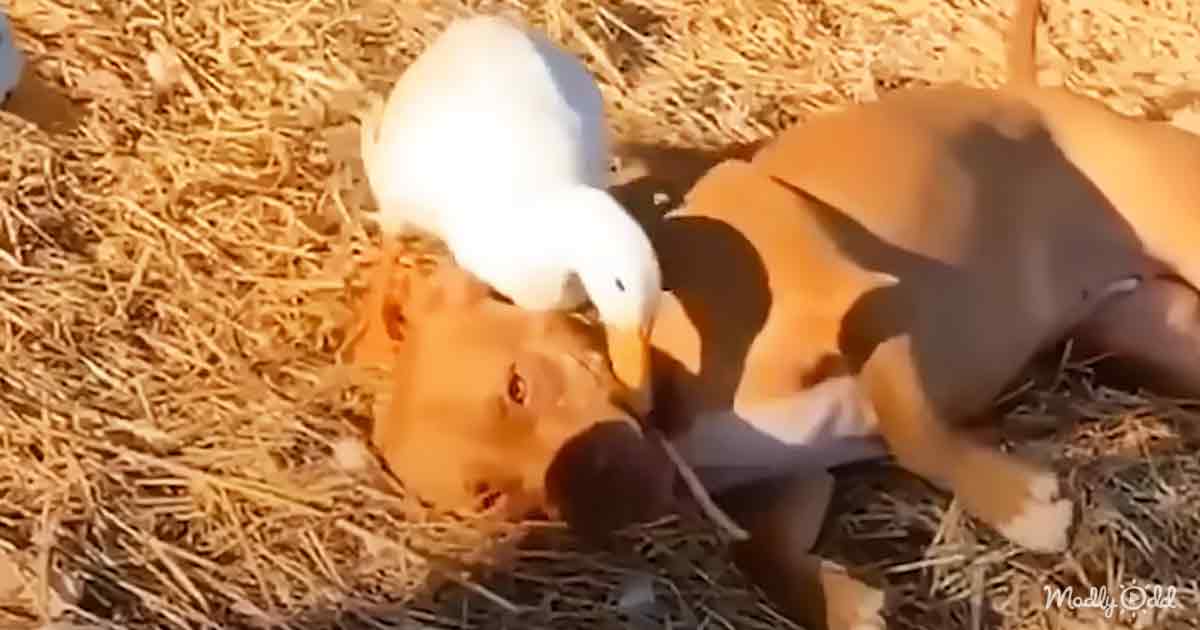 Charli, the owner of the Pittie, called her the mother of all the rescue animals. The reason being she was so incredible with babies. From day one, she would let them cuddle her, nurse on her, and smush her.

Cali’s owner believed that anyone who owned a dog would never understand how good their dog could be with other animals unless they were together. So Charli always wanted to rescue dogs and nothing apart from them.

However, once the ducks came along, the kind lady thought she could do more rescuing. In fact, Cali was the one who made it easier for her mom to take care of the babies. 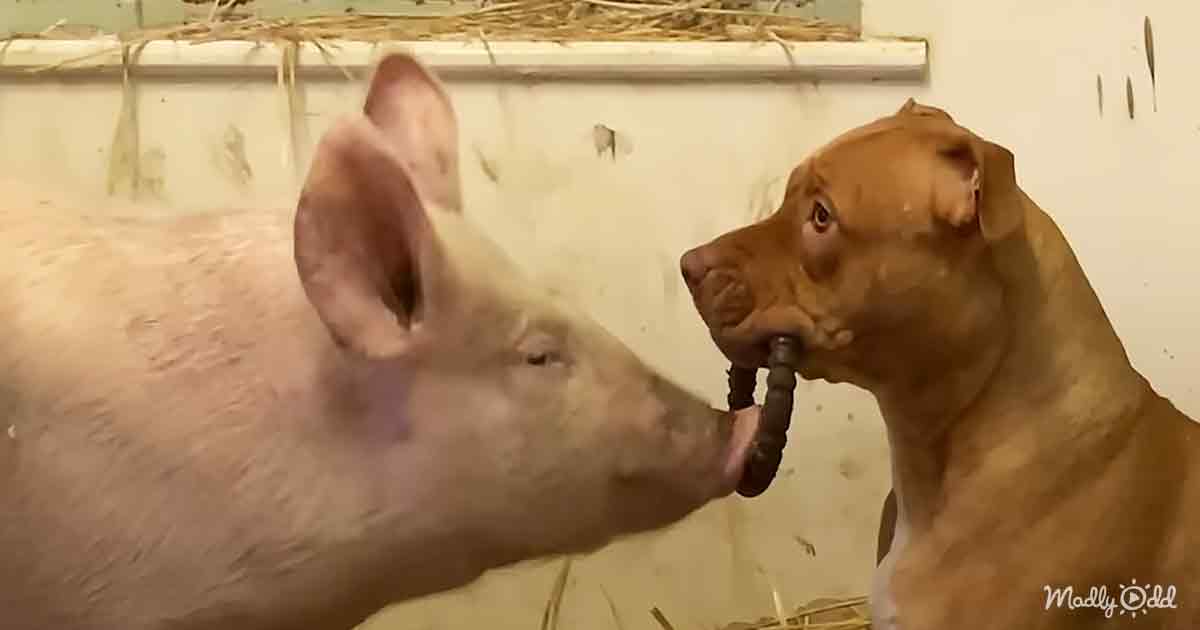 The Pittie acted like a mom to them and cared for all the rescue animals that needed help. She always gave Charli the confidence she needed to take on more animals. However, one day Charli received a call from her friend about two piglets, Flick and Flower, and that they needed a home to stay in.

So, the kind lady brought them to the sanctuary. The poor innocent babies were rescued from a slaughterhouse. At that time, they were about two weeks old. So, they were scared of Charli and did not trust humans. That was when Cali stepped in and taught them love, affection, and trust. 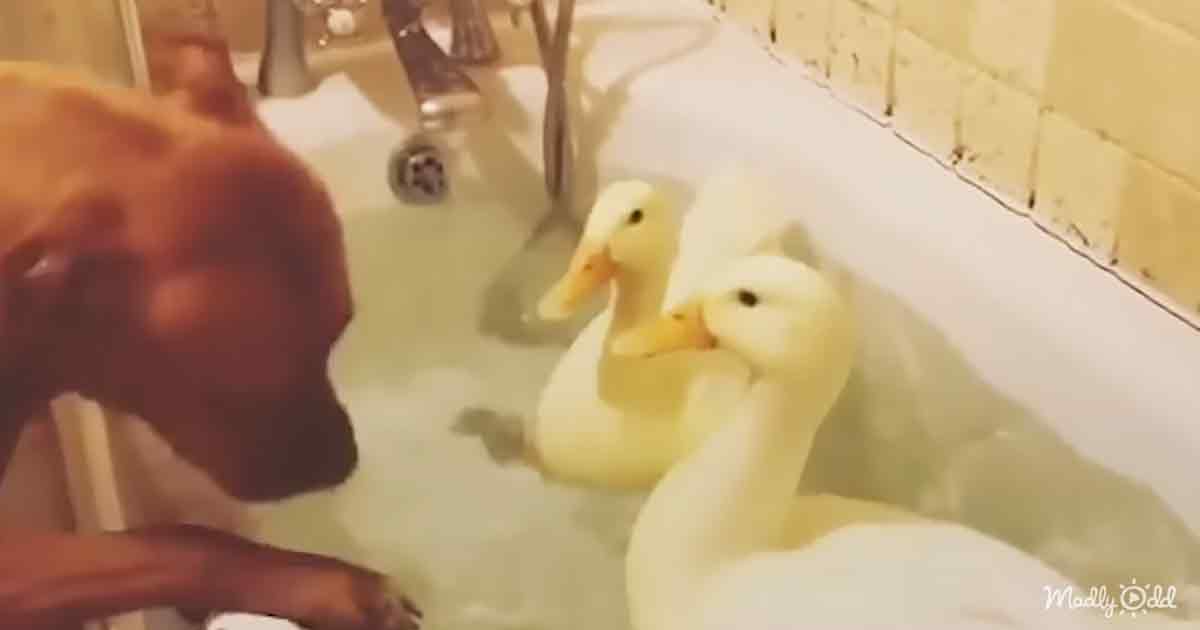 It filled her with joy when Cali’s mom found the piglets playing for the first time. After that, the piglets grew, but the Pittie would still treat them as her babies. According to Charli, Cali was the most incredible mum to the rescue babies.