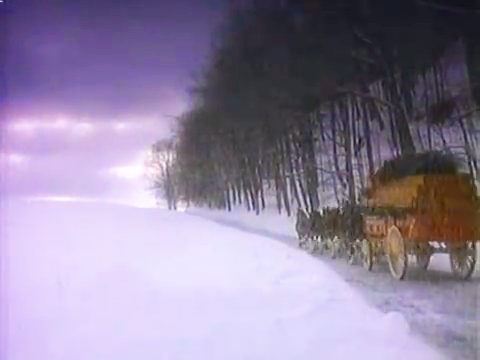 This Budweiser Clydesdales ad from 1987 is more of a video Christmas card than a normal commercial. That’s because the product isn’t really mentioned — granted, these horses hardly need an introduction. 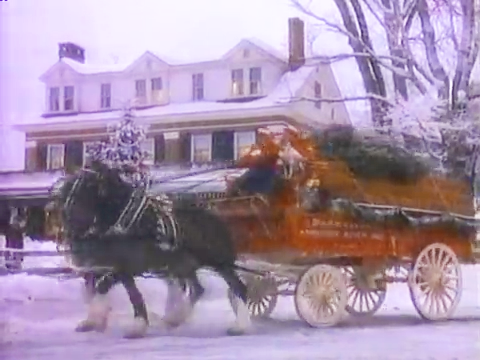 When this iconic commercial first aired in 1987, it won a Clio Award for creative excellence in advertising and design. It was played for many years, but as TV’s increased in definition, it was later relegated to nostalgia shelf.

Personally, I’m tempted to think we could start a petition to ask Budweiser to make a new one, frame-by-frame, but some classics are best left pristine and untouched. This commercial is one of them.

These majestic Clydesdales really set the tone of the commercial and you can see how big they really are. Horses kept as pets or for equestrian sports need not be particularly large. Even police horses only have to be so big. Racehorses are downright dainty in comparison.

But in the days before trucks and tractors, large and prodigiously strong draft horses were needed. This was the only way to get heavy-duty farm work done and the only way to haul heavy loads. Clydesdales are one especially notable breed of draft horse. They weigh about a ton, nearly as much as two racehorses! You can recognize a Clydesdale instantly thanks to its giant hair-covered hooves.

The most famous Clydesdales of all are, of course, the Budweiser Clydesdales. Anheuser-Busch first assembled a team of these magnificent and powerful horses in 1933: it was the company’s way of thanking the nation for ending Prohibition. For more than a decade, beverage alcohol had been banned throughout the country. Now, Anheuser-Busch could get back to the business of making beer, including its flagship product, Budweiser.

Since then, the Clydesdales have been on tour all over the country, giving people a rare opportunity to see the sort of draft horses that were a common sight back in the olden days.

Now take a nostalgic trip back to 1987. If you’re like me, you’ll remember this TV Christmas card from Budweiser with fond memories:

Not to be outdone, Miller also released a TV Christmas card that year:

Many years ago, my neighbor wrote to Miller Beer and told them how much he loved this commercial. They must have like his letter because they sent him a case of beer!! True story. 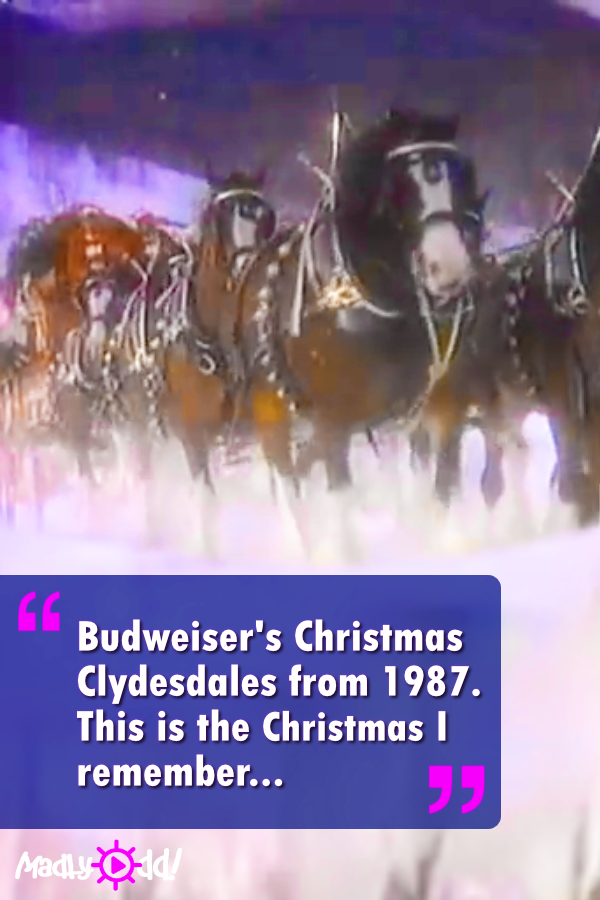