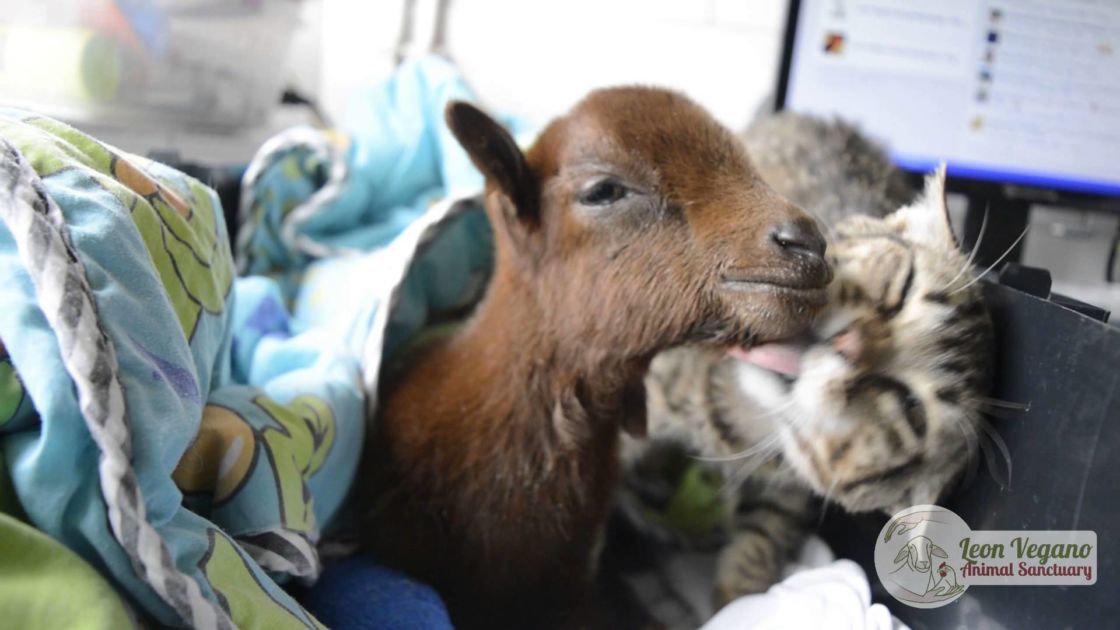 Thankfully, Iker was rescued and now is being taken care of properly. When Iker arrived at his new home, he had a bad fever and was in terrible shape, but this did not stop Cody, the cat from trying to help him. 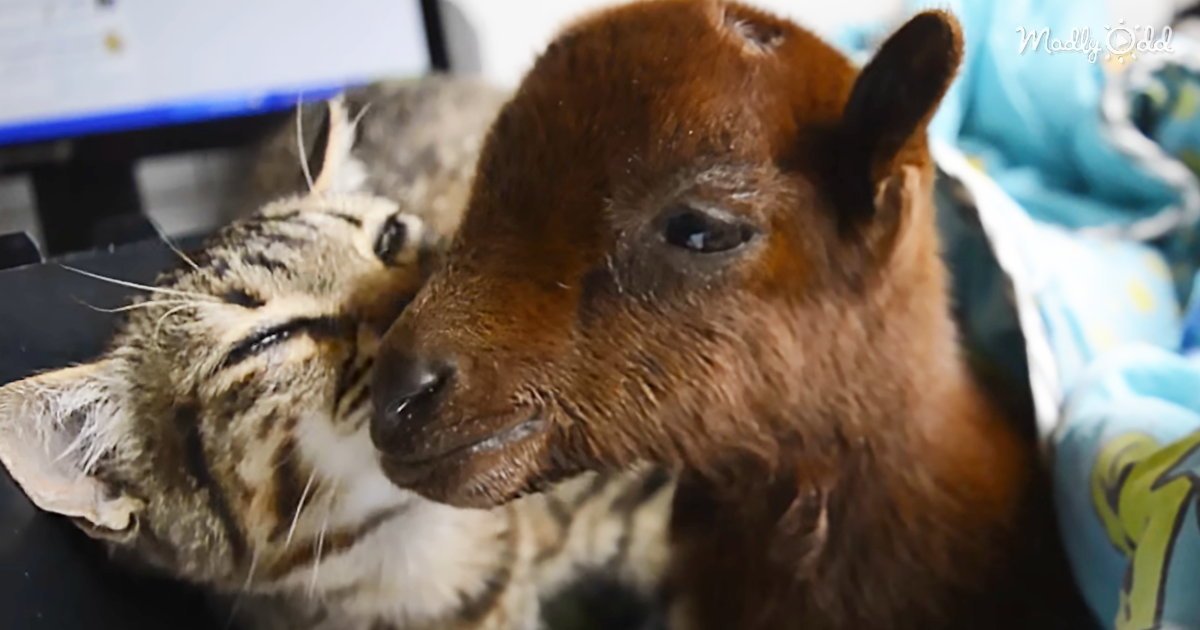 The moment that Iker came into the home, Cody started sitting by his side. The very sick goat had a new friend that was going to help take care of him. Cody is almost a little overwhelming for poor little Iker, but who can blame him?

Little Iker is so sweet, but clearly not feeling well at all. How fantastic that Cody was there at Iker’s side to help. Cody cleans and snuggles up with Iker with obvious devotion to his new buddy. Once Iker is better, these two will no doubt be running around together, having the time of their lives.