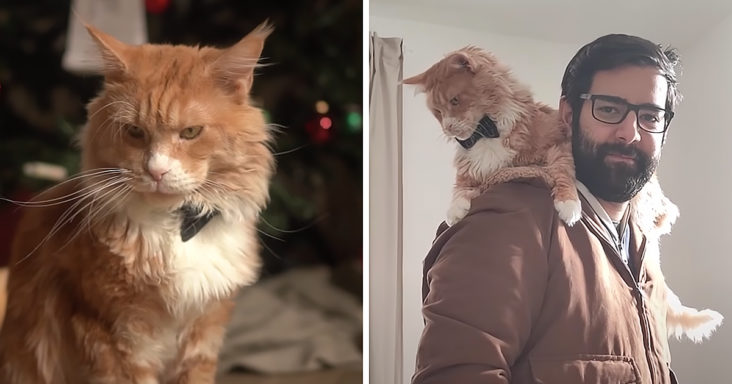 Josie lives with her husband in Germany. One day, she drove past an empty street where she found a stray cat sitting quietly. It was as if he was waiting for someone to get him. But, instead, he ran down into a tiny, narrow hole when Josie went after him. He hid down in the deep hole because he was scared of the person trying to get close to him. 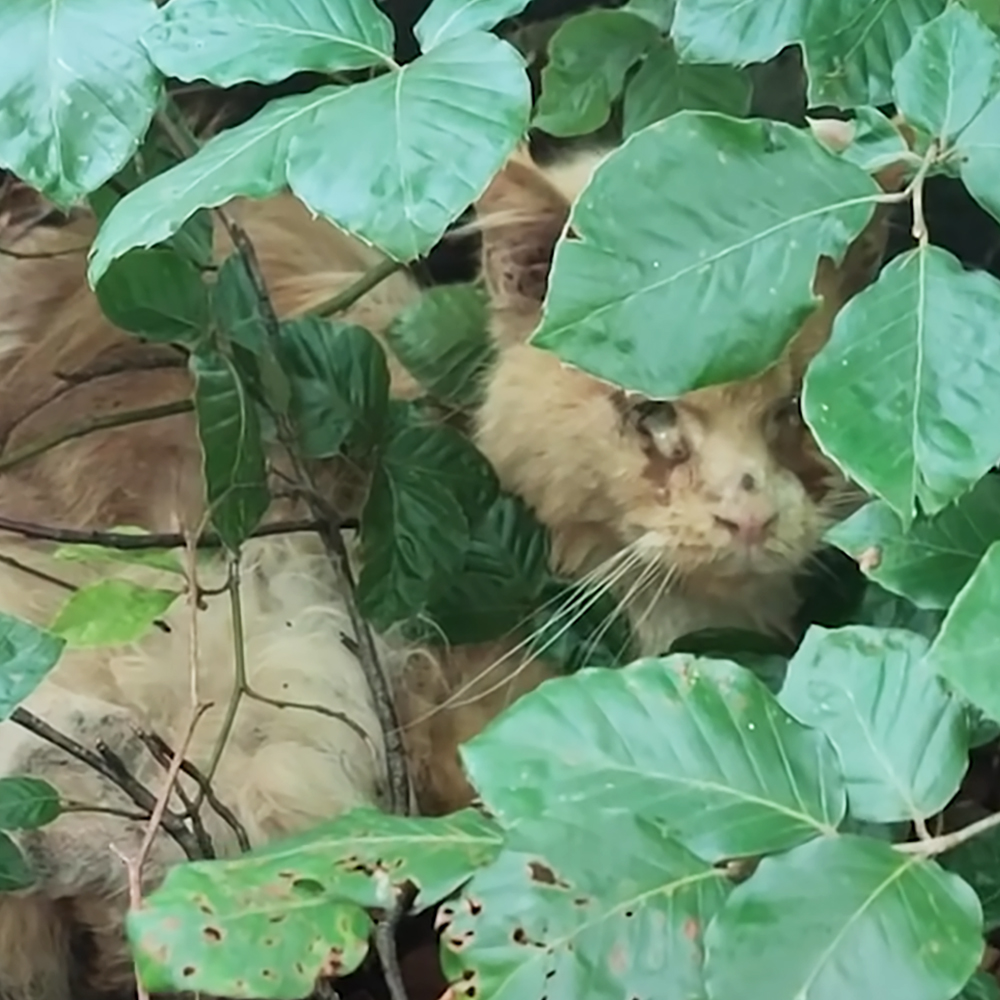 Josie tried to give him a slight nudge with a stick, but he refused to move. So, she grabbed the cat with her jacket and got him to the back of her car. Josie was pleased that she could help him.

No vets had opened their clinics when Josie had found the stray cat. So she took him home first. The poor cat immediately started eating. He was delighted. After the poor animal ate the food, the kind woman wiped his face and cleaned him. 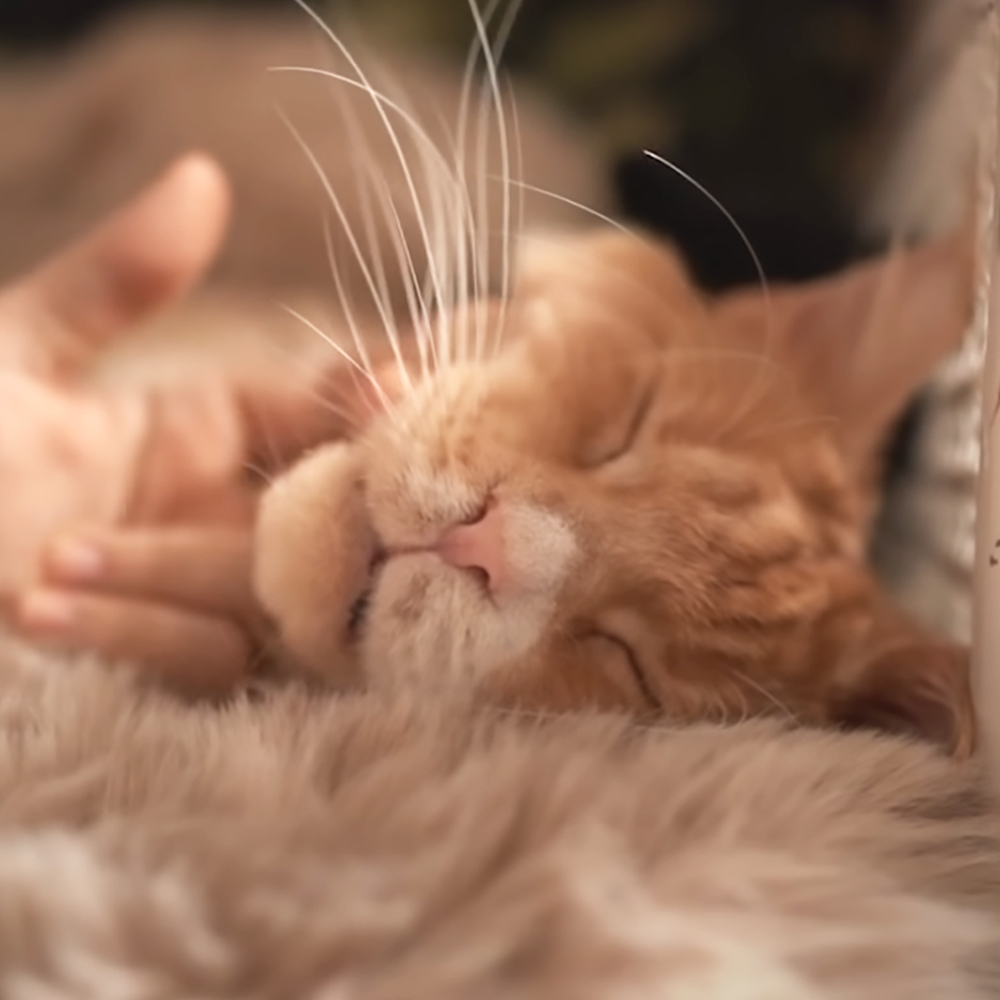 When Josie started to wipe the cat’s cheeks, he rubbed his head up onto her hand. But, the kind woman fell for the cat’s charm already. An animal rescue organization contacted Josie and told her they could come and pick up the cat immediately.

She had to let the cat go away with a heavy heart. Finally, however, Josie tried to visit him. But it was only after the first month that the vets allowed her to meet him. The poor cat was just skin and bones. Every single rib of the poor animal was visible. However, he was full of energy. 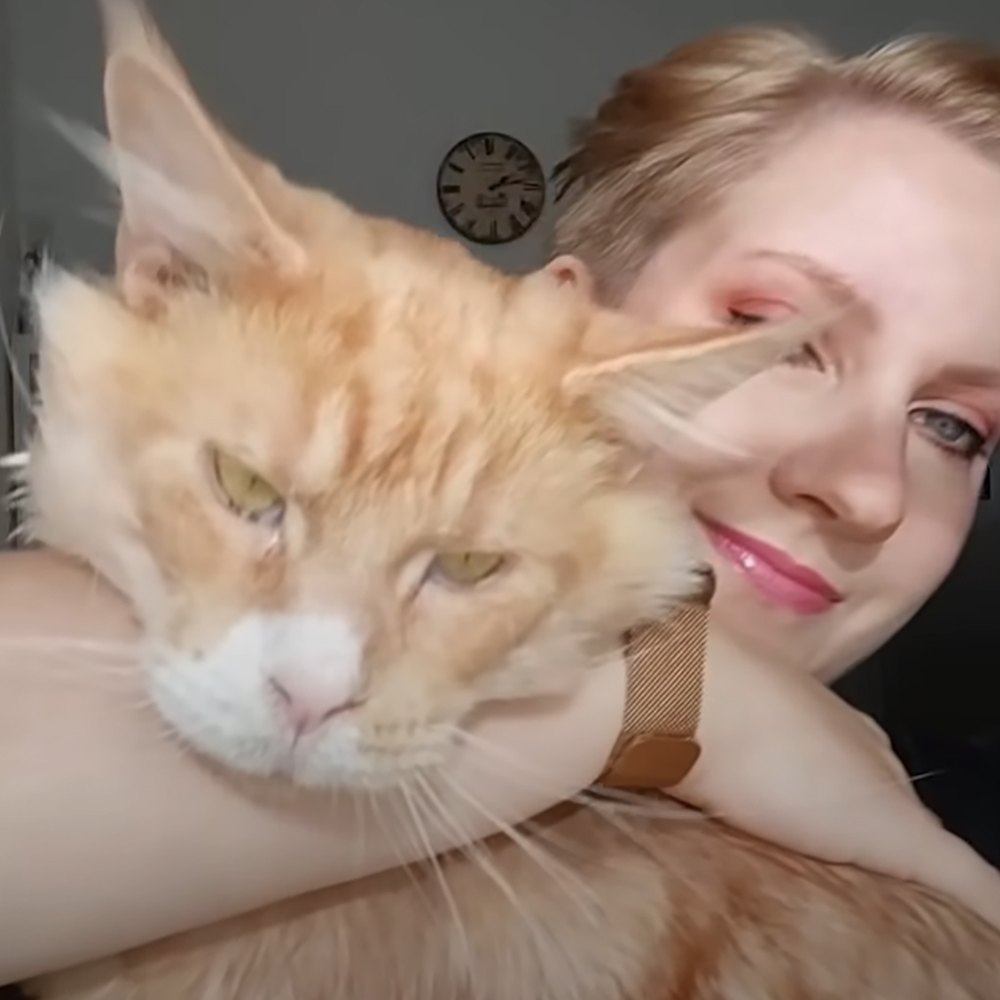 After their first meeting, Josie actually met him every single week. When Josie picked him up, the cat would rub his head through her hair or on her face. When Josie’s husband met him for the first time, the cat instantly connected with him.

After spending 2 and a half months at the rescue, he returned home. Josie named him Lucian. The first night the cat actually slept on their legs. Day by day, his energy grew. He was very vocal. Lucian did not want to be separated from his owners. So whenever one of them went to the toilet, he would sit right in front of the door and meow as loud as he could. The cat had wholly transformed into a beautiful and gentle cat who the owners loved with all their hearts.