I have to admit, I have seen hundreds of clips on YouTube over the years, but the one below has to be one of the best, not to mention one of the funniest I have seen. It’s such a simple clip, yet like most things that are kept basic, it works so well.

Let me set to scene for you a little before you click on the link and get a great laugh. El Paso County police deputy Tony Scherb, one of the longest serving officers there, has made the life changing decision to retire. For a life-long police officer, retirement can be a very bitter sweet moment. On one hand you are literally taking yourself out of the line-of-fire, but on the other, you are leaving what is primarily your family. As we all know, when you leave a job that you have had for many years, it seems that you are leaving a piece of yourself behind, and for Tony, this was how he was feeling. 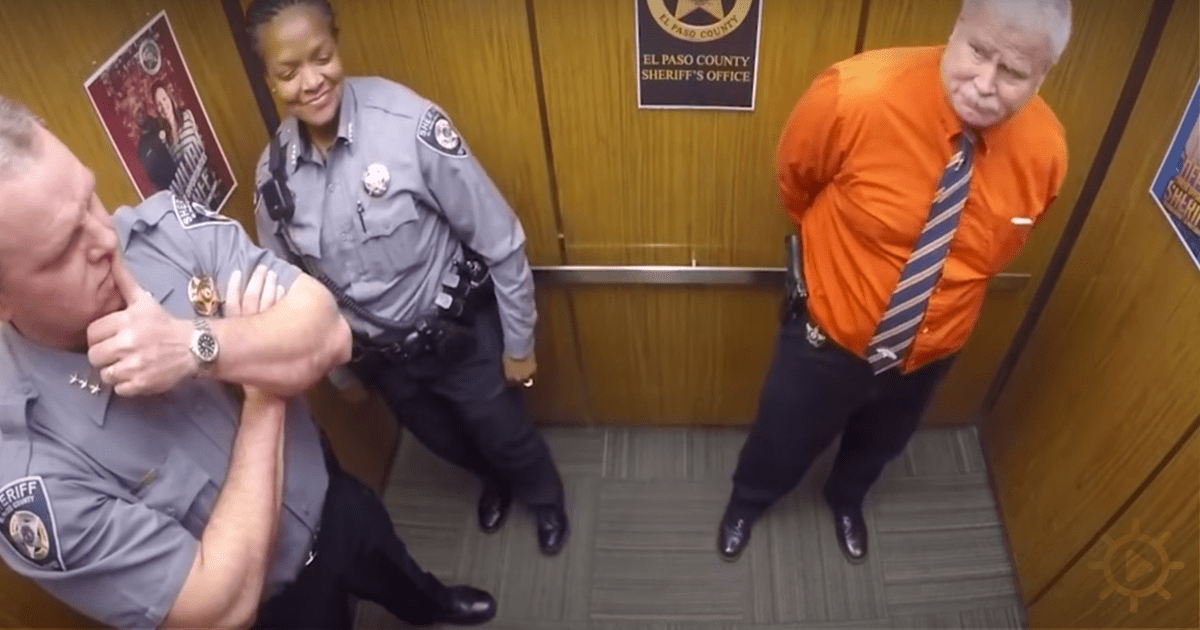 Now the El Paso police station had been having some trouble with their elevators of late, so the decision to install cameras was made to see just why they were always breaking down. Tony of course was well aware of this and decided to take advantage of the spy-on-you-a-bit situation. Tony entered the elevator for what would be one of his last times, checked that the camera was operating then set out to entertain all those who would see the recording.

He took out his mobile phone, went to ITunes and hit the play button. “Watch Me (Whip/Nae Nae)” by Silento stared to fill the elevator, then Tony starts to make some moves that would impress even the sharpest 20-something-hipster. Tony’s impromptu elevator-dance-club-performance will have you smiling from ear-to-ear as he pulls of some moves that a retiree just shouldn’t be able to do. The elevator stops at the next floor and Tony is joined by a young police-woman, who after only a few seconds joins in on Tony’s party and starts to dance with him. Now the funniest part of the clip is about to happen.

On the next floor, Tony’s boss Chief Deputy Evens enters the lift and everything goes quiet. You can see the look on Tony and his fellow officers faces as they try to keep a straight face in front of their superior. Once again the elevator stops and Chief Evens alights, as soon as the door is closed the dancing-deputies are off again moving to the beat in unison.

Keep an eye out for the special steps when the song calls for the dancers to do the “Stanky Leg” dance, this hilarious video will have you in fits of laughter from start to finish as these party-police-participate in a riotous-ride to happiness.