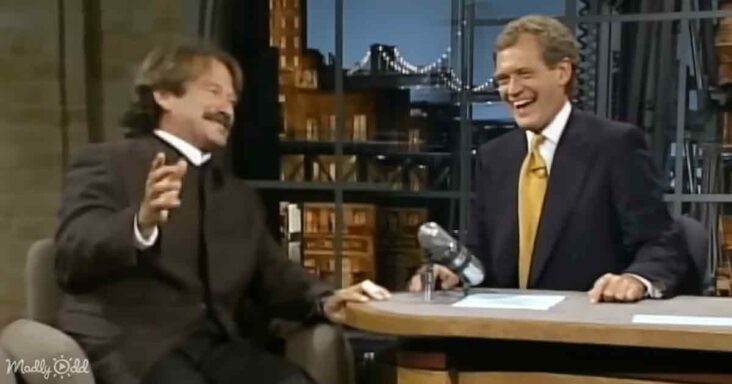 Robin Williams was known to fans all around the world as a down-to-earth comedic genius and had been loved by fans for over a decade when he first joined David Letterman on The Late Show back on August 31, 1993. 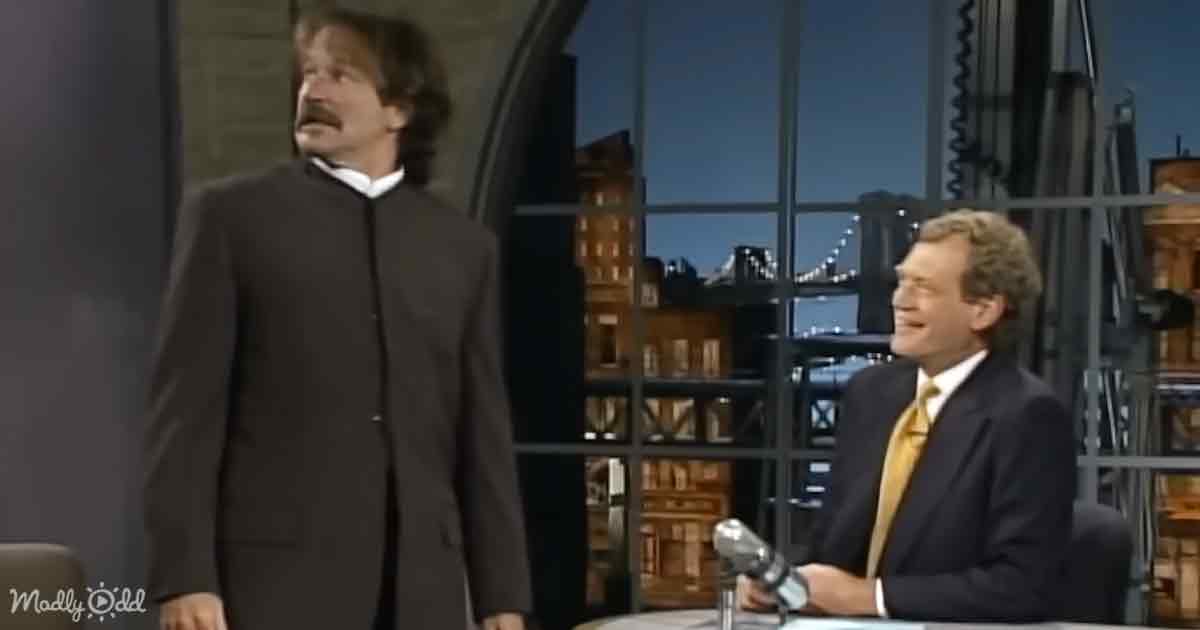 Robin Williams arrived in fashion, riding down in a lift while posing, and fans were instantly drawn to his thick iconic ’90s mustache. Immediately he broke out some of his famous body movements and facial impersonations before breaking out into an instant musical, which the fans adored.

The pair begin by talking about the Ed Sullivan studio, with Williams taking it upon himself to compliment the various features of the studio building, leaving fans in a state of uncertainty as to whether or not this was part of a comedic gag.

After admiring the spiral staircase that leads to a platform above, Williams couldn’t help but break into another musical performance that the fans loved. Once Letterman settled Willaims down, they began to talk about an incredible vacation that Williams had recently returned from in Italy.

Williams began to impersonate an Italian citizen as they joked about the fact that Letterman’s promotions for the show were on television in Italy. Letterman joked that the Mars probe even included an advertisement for his show. 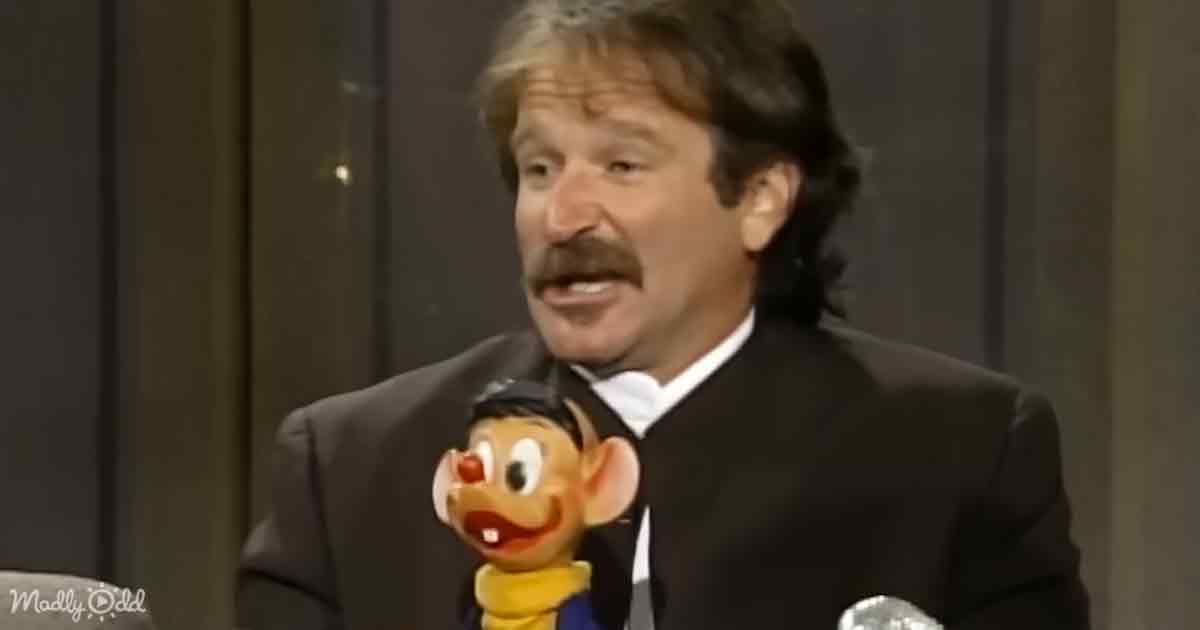 Williams led on from the Mars probe with a hilarious gag, as he said that the Mars probe had disappeared and that it was stripped for parts in New Jersey. In a vocal impersonation, Williams states that someone was trying to sell the solar panels from the probe.

Following this, Willaims joked about the fact that NASA couldn’t understand what happened, suggesting that there should have been at least some kind of sensor that would report back to the space organization if something had happened, especially when it costs half a billion dollars.

The fans then laughed as Willaims joked that the next probe that NASA sends into the air would be a paper plane. Following this, the pair began to talk about Willaims time in Italy, with Williams producing several sentences in Italian, then moving onto an Italian accent, to which Letterman and the crowd were simultaneously first impressed.

Williams began to speak about all the fantastic landmarks of Italy by using his Italian accent, talking about the leaning tower of Pisa. He compares Pisa to an American structure, stating that if it were the case in the United States, people would be queued up to sue in case any small piece of plaster fell off and hit them. 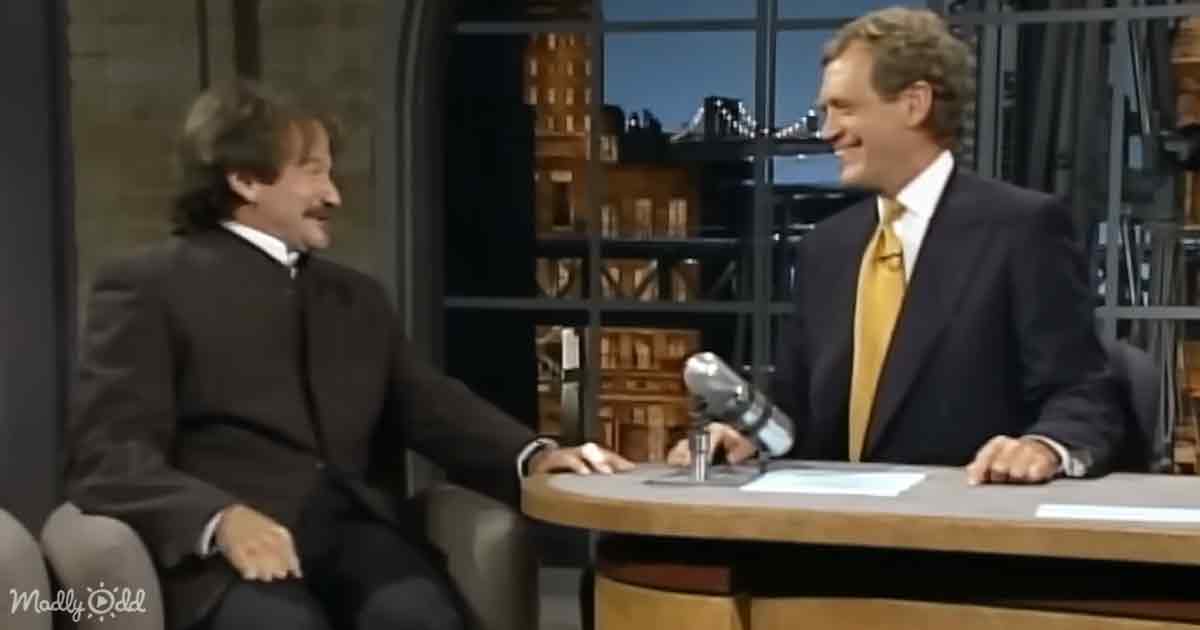 Williams moves on to produce a gift that he brought with him from the dressing room, first explaining that there are a lot of spirits in the building. Williams then pulls out what he calls Topo Jijo from behind his back, and he follows this with an inappropriate joke that the crowd loves.

Following this, the pair begin to talk about Williams’s filming schedule, and he mentions that he has just finished a movie where he plays a 65-year-old woman, which is none other than the world-famous Mrs. Doubtfire.

They talked in depth about the movie, with Letterman being fascinated with the idea of Williams’s portrayal of a 65-year-old woman. After this, he speaks a lot about his family and his young son, who proves to be quite the handful. 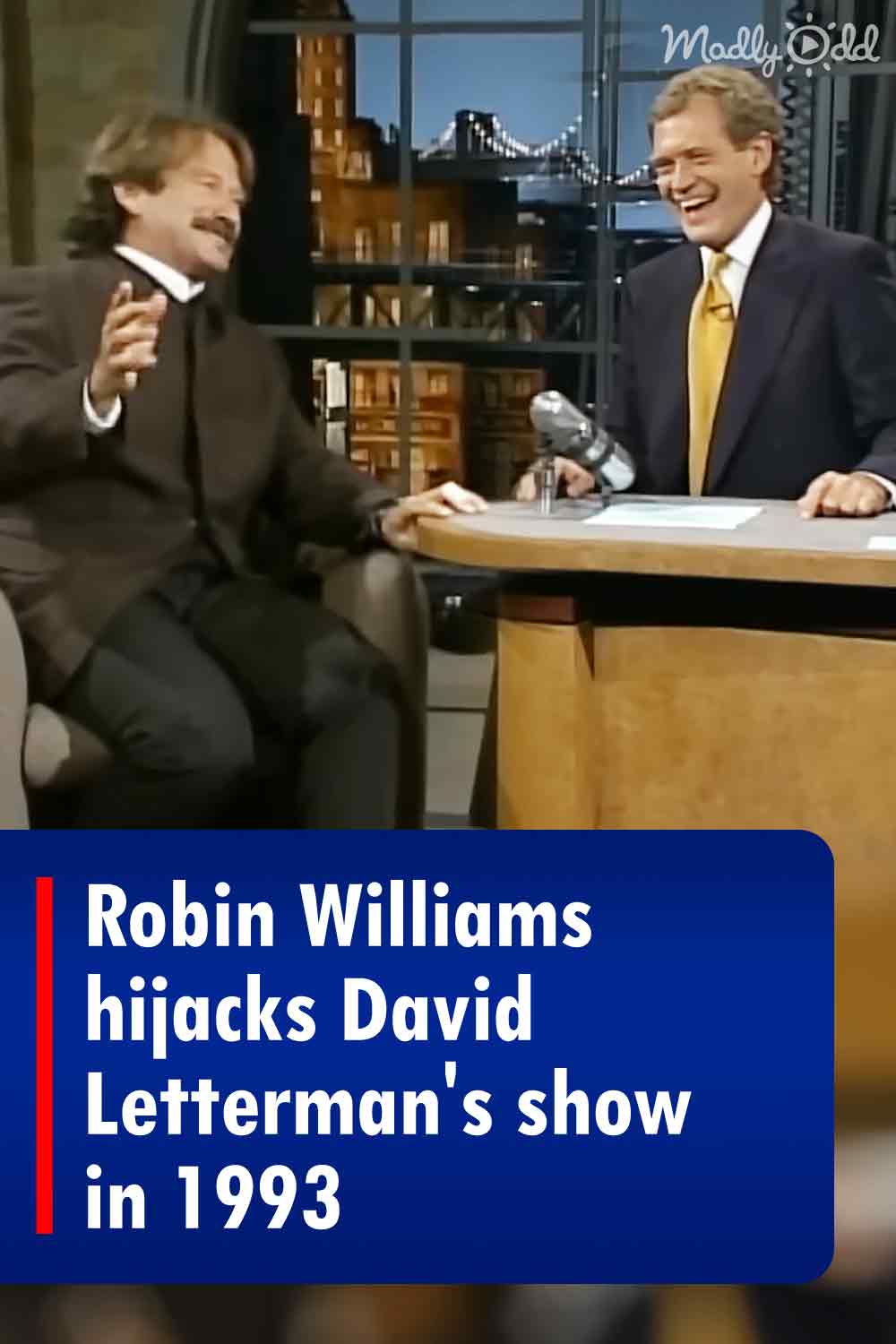