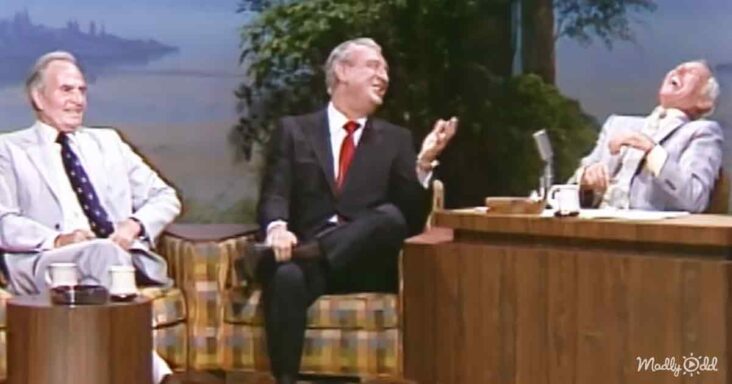 Rodney Dangerfield was the comedian who could always make you laugh with his self-deprecating humor. He’d often mock himself with the classic punchline of getting no respect. 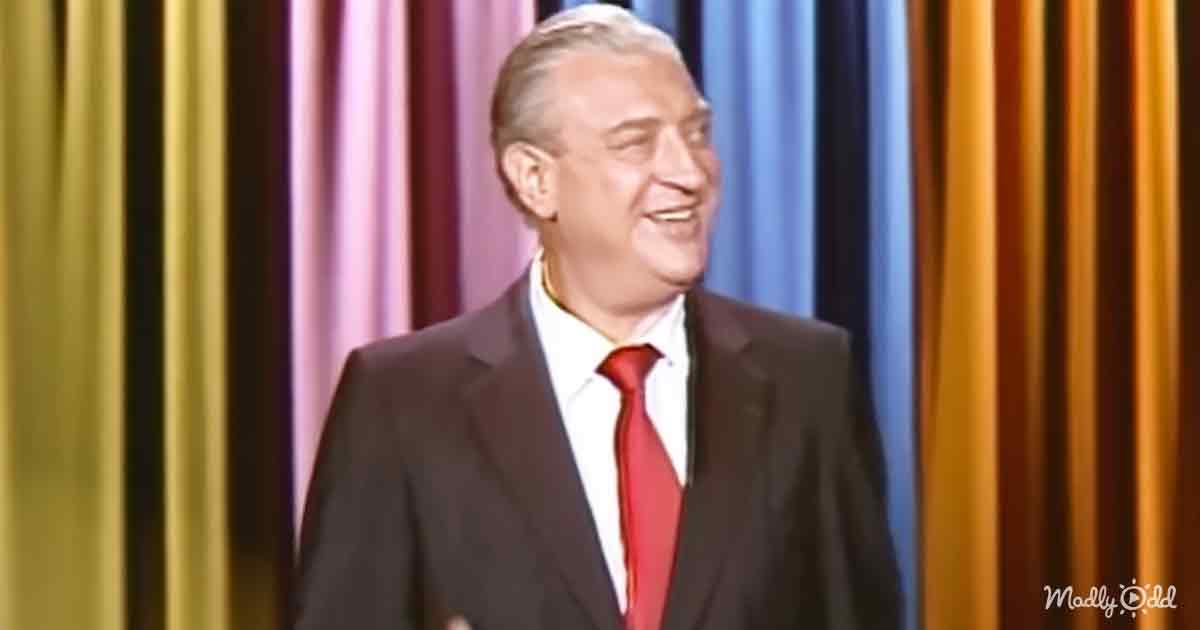 Dangerfield’s comedy began in the 1960s when he hit the late-night TV scene. He continued appearing as a stand-up for late shows into the 1970s.

Dangerfield entertains the crowd in this 1979 appearance on Johnny Carson’s The Tonight Show. The band plays as he emerges from behind the curtain—the audience cheers for him.

Rodney adjusts his tie and is astonished by the applause. He starts his set by talking about how rough last week was.

His first joke is about his wife and how she signed him up for a bridge club. ‘I jump off next Tuesday,’ he states. The audience is howling with laughter.

He continues making jokes about family and brings up his wife again. He talks about a conversation with a bartender where Rodney asked to be surprised. The bartender showed him a naked picture of his wife.

After the audience laughs and claps, he explains how she can’t do anything right. He mocks her driving, mentioning how she would hit people and have their shoes on the dashboard.

Rodney’s luck becomes the topic of the next series of jokes. He mentions he went to the track to bet on a horse. ‘They shot off the opening gun and killed my horse,’ he says to applause and laughs. 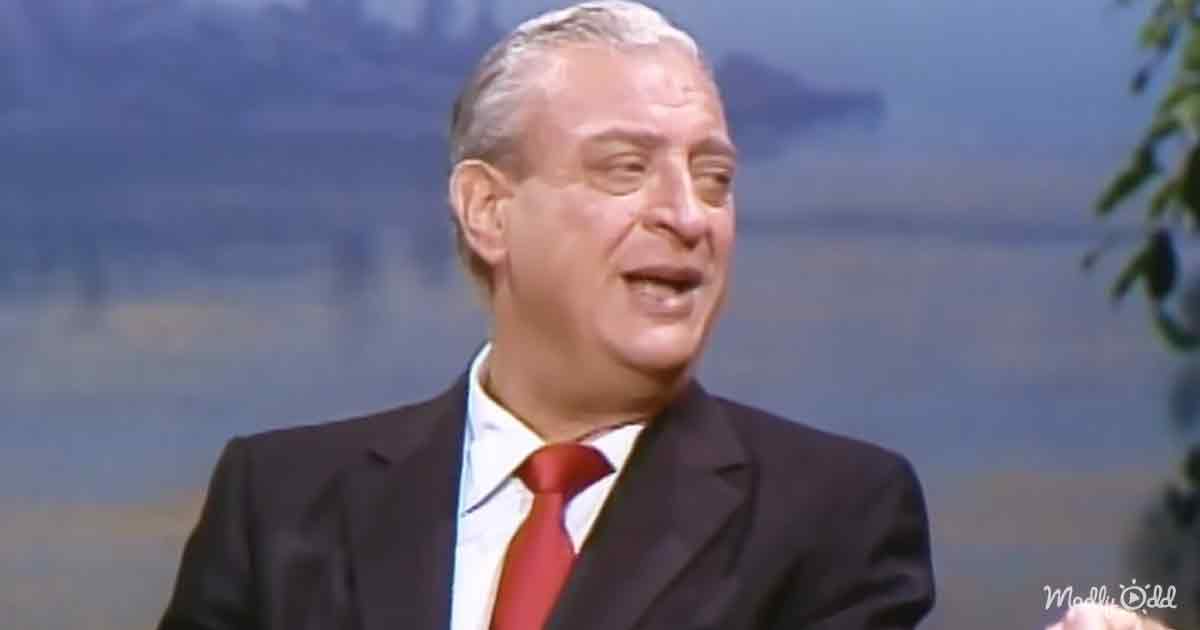 His luck girls come up in his bit. He talks about how ugly he is. ‘I went to a freak show, and they let me in for nothing,’ says Rodney.

Rodney talks about how much his wife disrespects him even during childbirth. He asked her if he should be in the room while she gave birth. He states that she said he wasn’t in the room with her when she got pregnant.

The audience gives low laughs while still hooting and hollering. Rodney brings up his childhood by saying his mother wouldn’t breastfeed him. As he describes it, she only thought of him more as a friend.

Rodney then states his famous line about how he gets ‘no respect at all.’ The audience cheers for both knowing the line and relating to his troubles.

He brings up how he got no respect from his father and aunt. His last bit is about how he would commit suicide by jumping out a window. A priest was called to talk to him. The priest only raised a gun and said, ‘On your mark.’

The band closes out Rodney’s comedy routine. He joins Johnny Carson over at his desk. Johnny notes that Rodney certainly gets respect on this show, and Rodney admits he always has a good time here.

Rodney admits he’s trying to keep busy in his life. He mentions where he’ll perform next, and an excited audience cheers for his many locations. 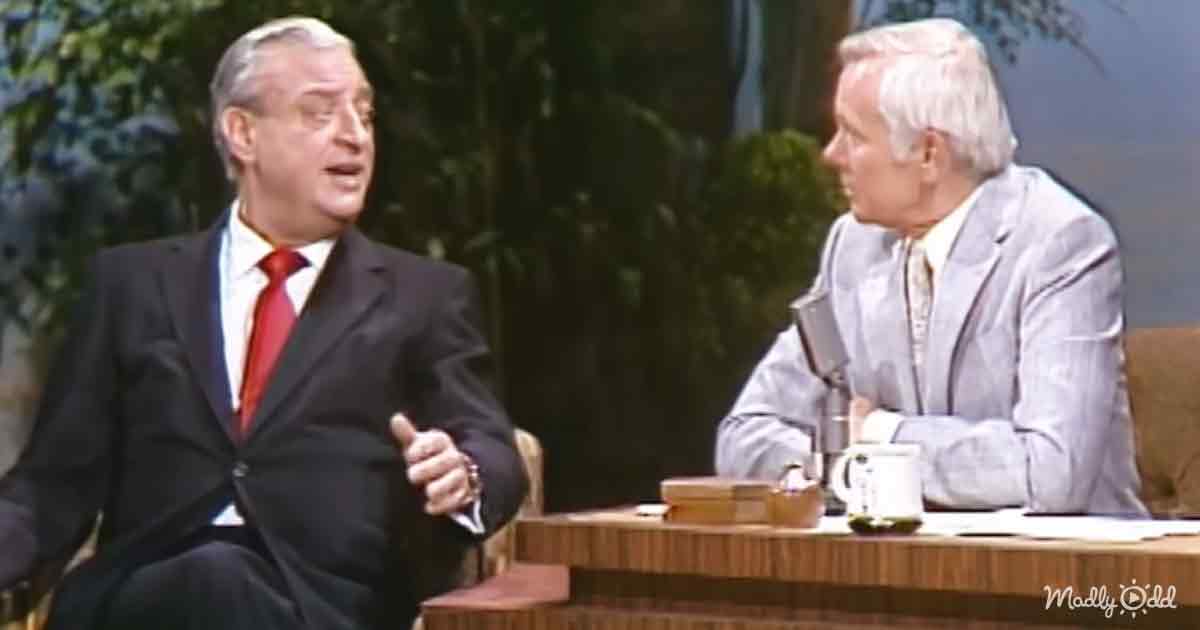 One location he brings up is Bloomington, Minnesota. Johnny brings up how it’s the land of a thousand lakes. Rodney mentions it’s so far out in the woods his act will be reviewed in Field & Stream.

Rodney then brings up how showbusiness is challenging and that he has a second job. The job he mentions is singing the national anthem at cock fights.

Rodney then tells a story of meeting a man at a show from Texas. The Texan mentioned he has a ranch with sixty hands. ‘All on him,’ says an impressed Rodney, ‘Ooh, he’s a wild guy.’

‘The gay ranchero,’ adds Johnny. The audience is laughing. Rodney says Johnny’s alright with that joke.

After telling a few amusing bits about ugly-looking patrons, Rodney talks about his half-brother. ‘We have the same parents; he’s just that way,’ admits Rodney. He also reveals his brother is gay and makes a family tree joke.

After some awkward laughter, Johnny brings up how Rodney can be cruel. Rodney shrugs it off as everybody has problems.

Rodney makes more jokes about his wife. He brings up how everybody cried at their wedding. This included Rodney, who called when his wife took her dress off.

Rodney also speaks about his son. He mentions how his kid is troublesome and mean. One of the nastiest things he did was replace his Preparation H with Crazy Glue.

He then speaks of his daughter. He states how she was voted in school as most likely to conceive.

Rodney rapidly shifts the conversation to talking about cocaine. He brings up how kids are using it. ‘They don’t want to read Snow White; they want to shove it up their nose,’ he says with amusing shock.

Even Rodney’s dog gives him trouble. He brings up how he’s trying to mate her dog. The dog responded that she wanted fifty biscuits.

This joke is so hilarious that even Johnny can’t stop laughing. He turns away to cackle as the audience laughs just as hard.

Rodney makes Johnny a mess of laughter again when telling him about his workout routine. Rodney’s workout involves doing naked pushups. He then mentions getting his penis caught in a mousetrap.

After a few more jokes, Rodney turns to the guest beside him. ‘What’s new with you?’ asks Rodney. Johnny is laughing so hard he gets out of his chair.

Struggling to hold back his laughter, Johnny tells the camera he’ll be back in a minute. That’s the power of how easily Rodney Dangerfield could make anybody laugh. 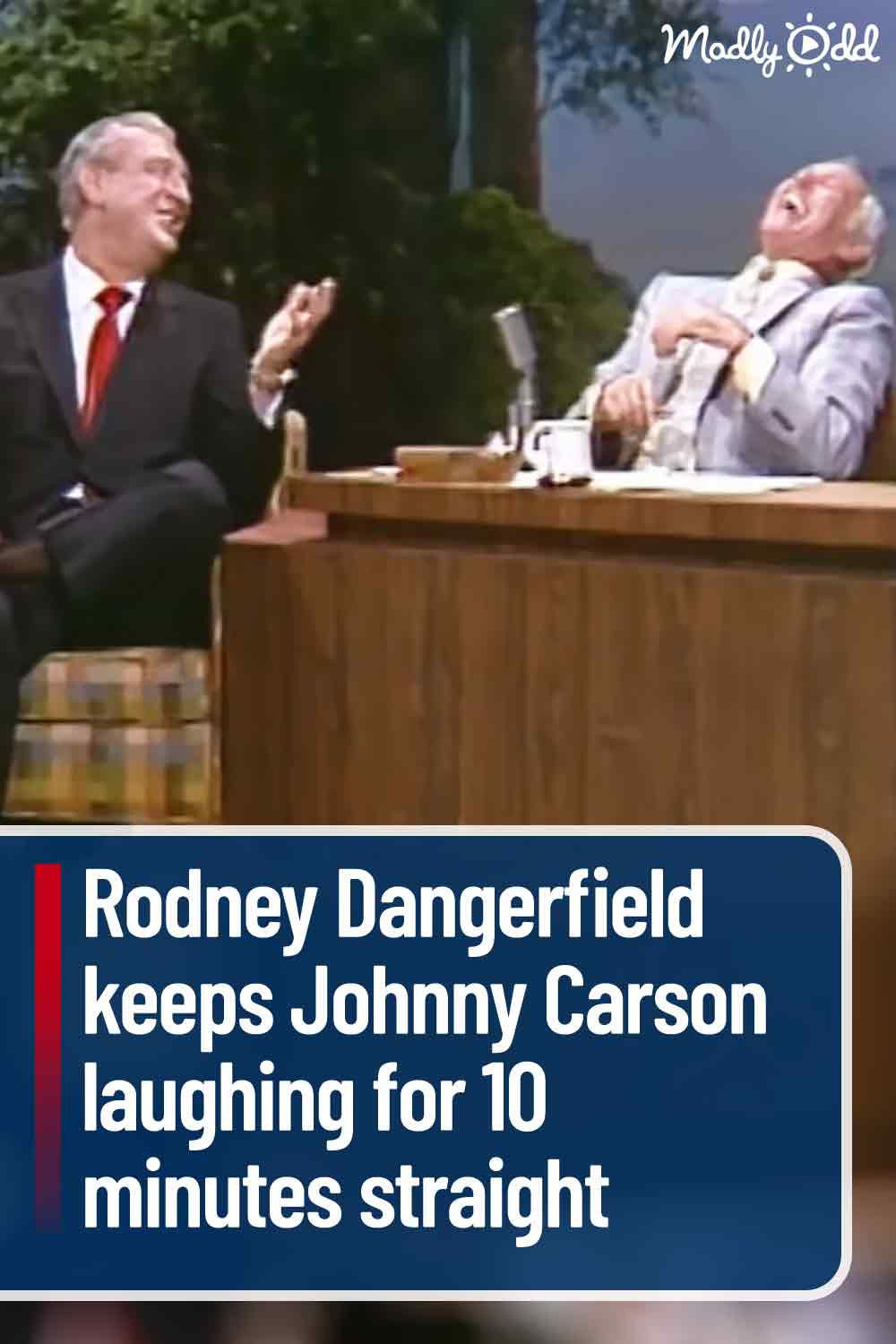