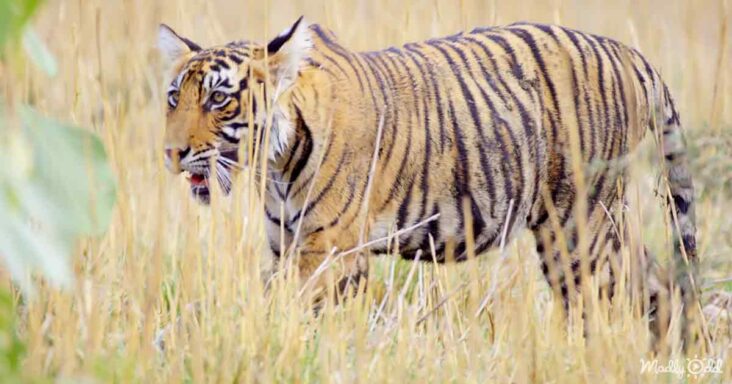 Rana, a mother tiger, was hunting for deer, but her attempt was ruined by one of her rowdy cubs. She was trying to teach her three energetic children how to catch a meal properly. 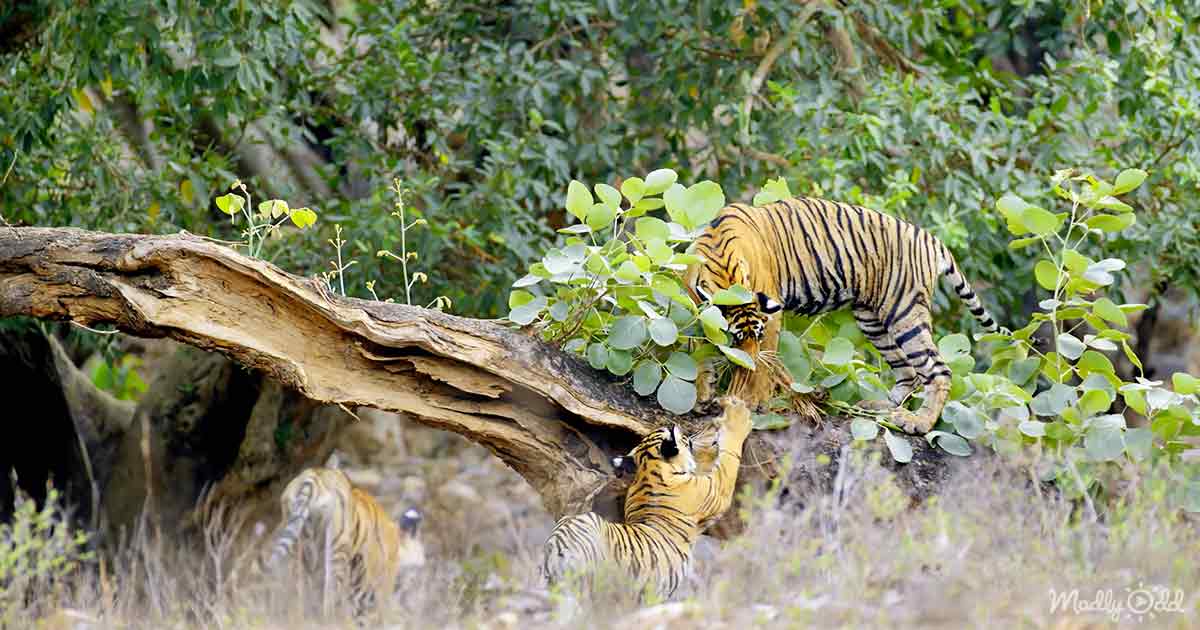 Early in the morning, the three cubs were already playing with each other. It is their way of honing their skills, and their mother joins them to show some good examples.

Before leaving for the hunt, the cubs practiced their pouncing and ambush techniques. Then they had to go before it got too sunny and hot, which wasn’t conducive to catching prey. 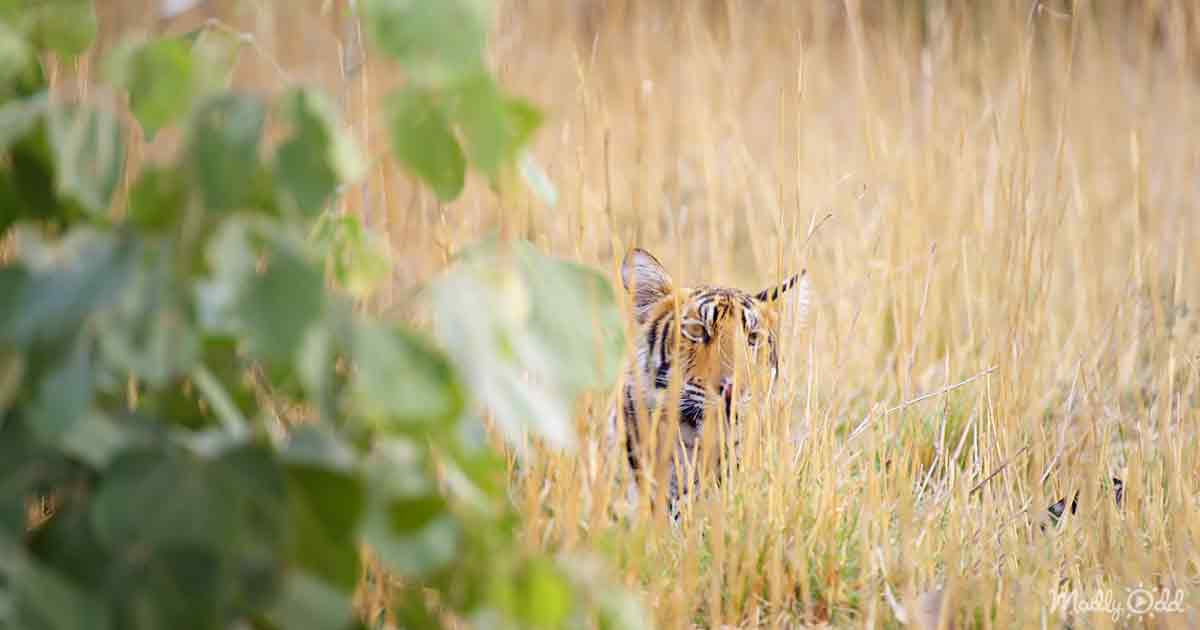 Rana led her cubs to the grasslands and used all the cover of the tall plants. Her children watched her closely as she spotted a herd of Chital deer in the distance.

The deer are tall and weigh more than a hundred pounds. It will be difficult to catch one because the females regularly scan their surroundings for predators. Just one would provide several meals for the tiger family. 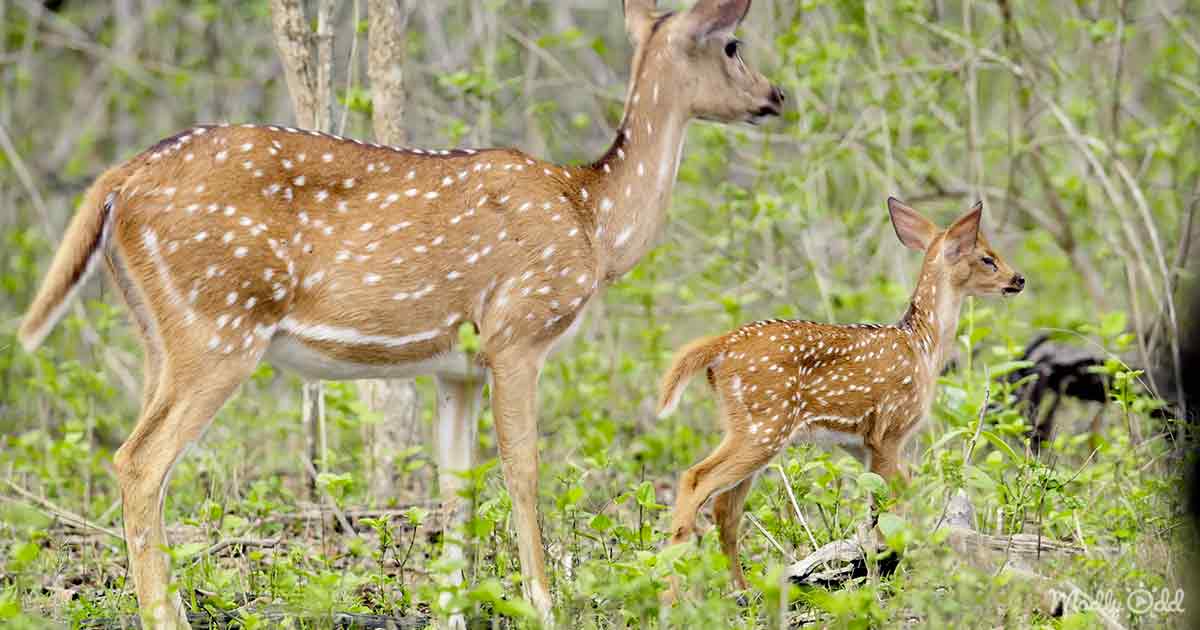 To catch a Chital deer, tigers need to be within 30 feet when they launch their ambush. Unfortunately, one of Rana’s cubs got distracted by a pond frond and started playing with it.

After hearing the commotion, the herd spots the tigers, and the stealthy approach is lost. The herd escapes and reaches speeds of 40 miles an hour, and the tigers lose their meal. 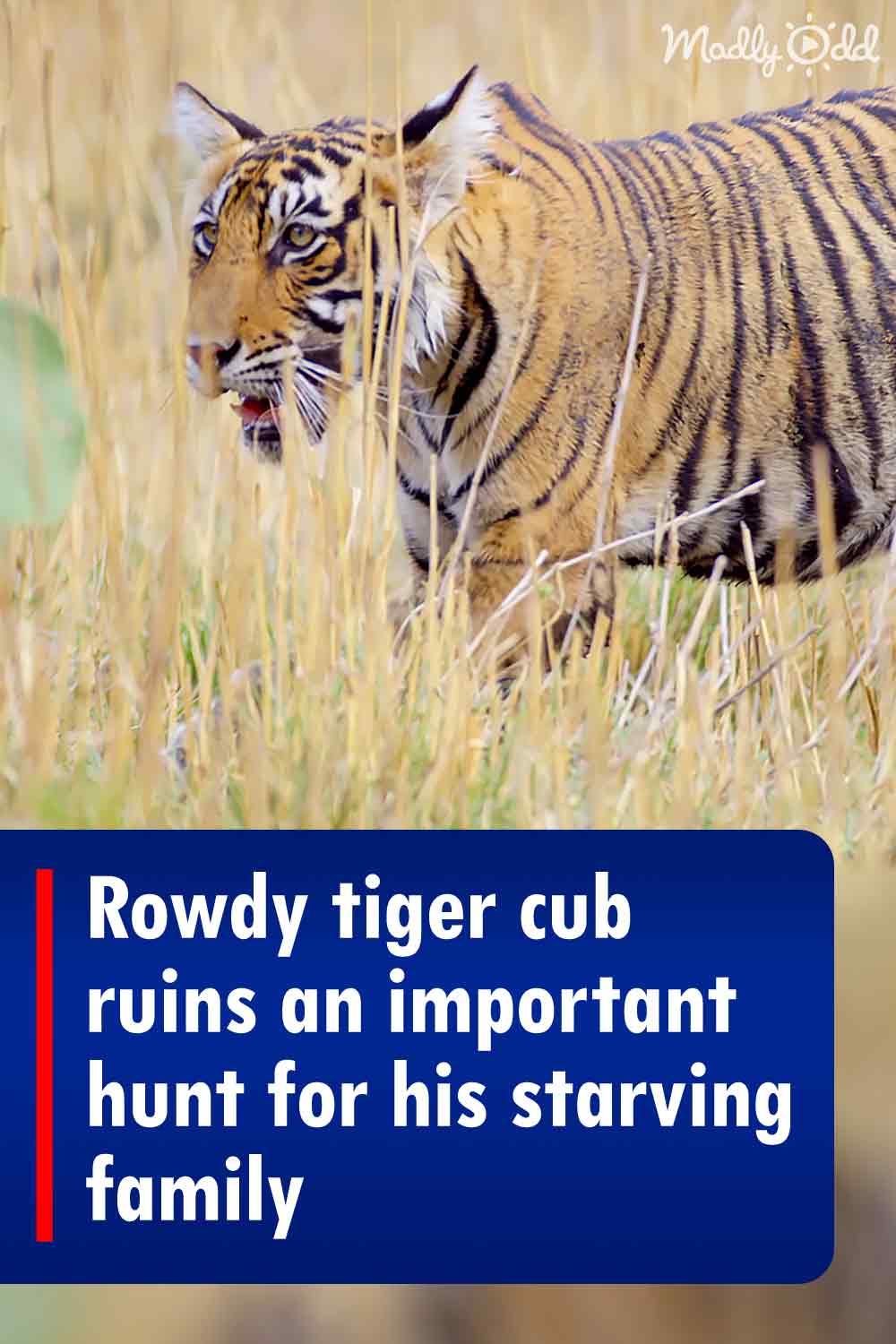