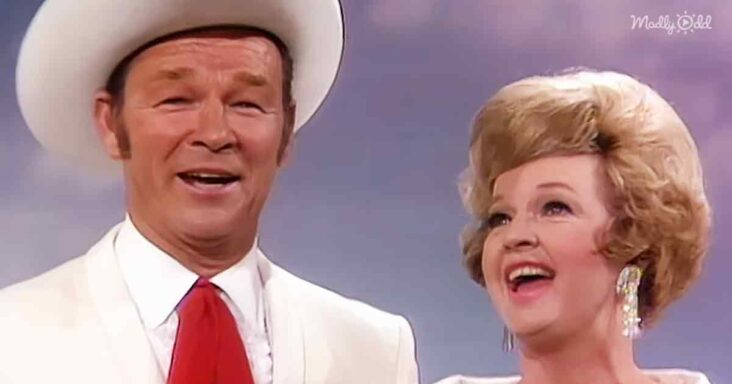 Legendary singers Roy Rogers & Dale Evans perform together on a medley of hits, including ‘This Is My Country, The Fightin’ Side Of Me & What Can I Do For My Country?’ 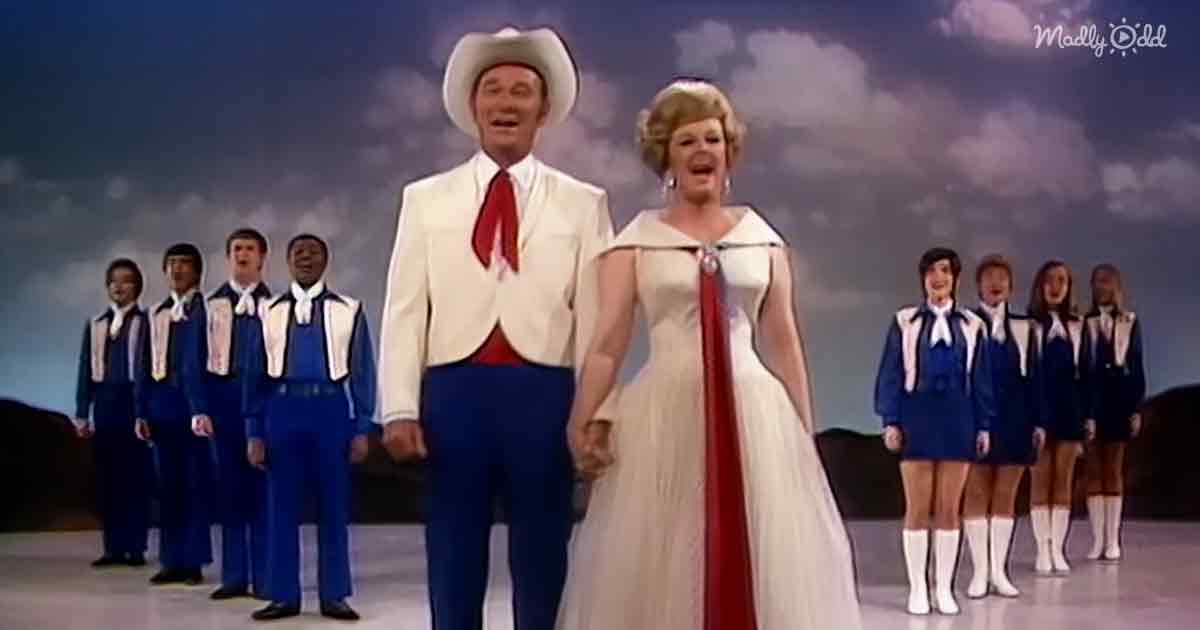 Dale and Roy walk out on stage wearing white clothes with red and blue ties. Roy has a white cowboy hat and four male background singers behind him to the left wearing blue suits with white vests.

He has four women background singers on his right, wearing blue dresses with white vests. The backdrop is a blue sky. Roy sings the uptempo tunes ‘This is My Country’ and ‘The Fightin’ Side of Me.’ 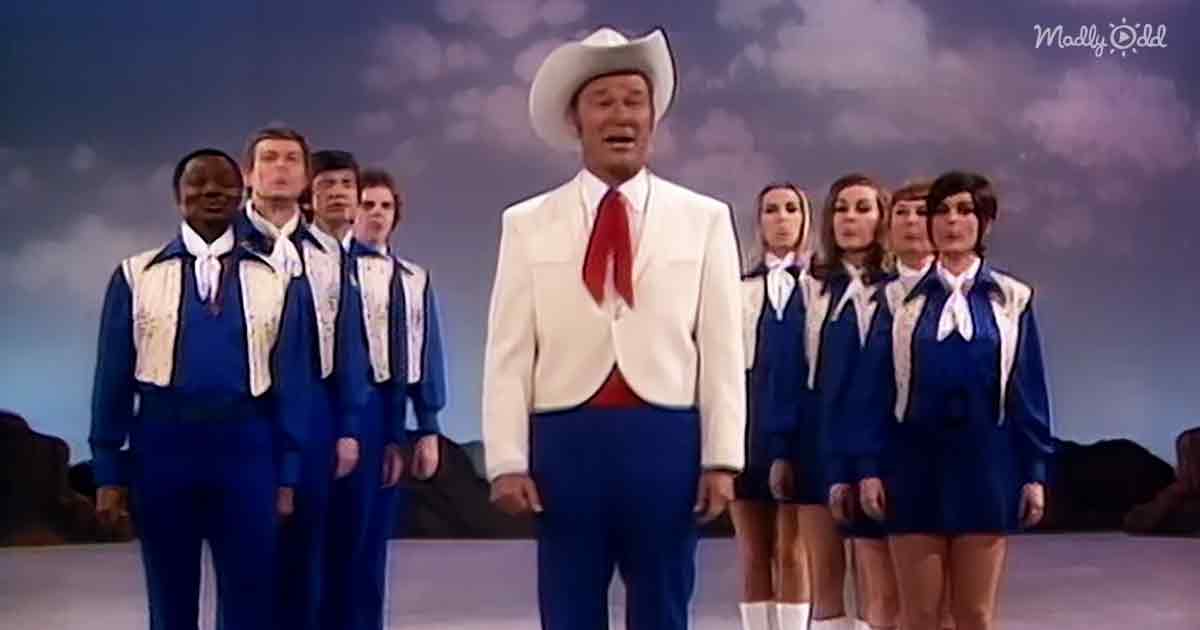 Dale walks next to Roy, and the band gets real slow and quiet for the beginning of ‘What Can I Do For My Country?’ The majestic accompaniment leads into a march beat and a massive ending. The background singers surround them, and Roy and Dale join arm-in-arm, ending with ‘God Bless America.’

The ‘The Ed Sullivan Show’ performance on April 5th, 1970, was a patriotic celebration of America. Roy and his third wife, Dale, performed together countless times. 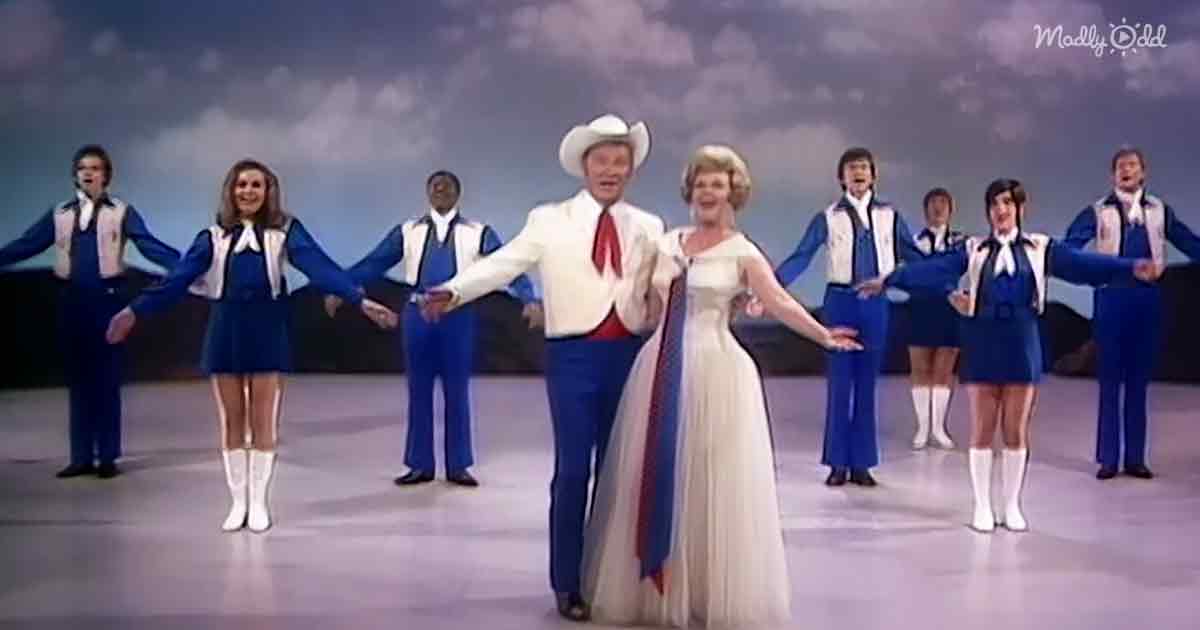 Roy Rogers was one of the most popular Western stars of his era. He was dubbed the ‘King of the Cowboys’ and appeared in over 100 films. He also started ‘The Roy Rogers Show.’

His shows and films often featured his wife, Dale, and his horse, ‘Trigger,’ along with his German Shepherd, ‘Bullet.’ Later, he lent his name to a franchise of fast-food restaurants. Roy and Dale were living legends when they appeared on ‘Sullivan’ to salute America.