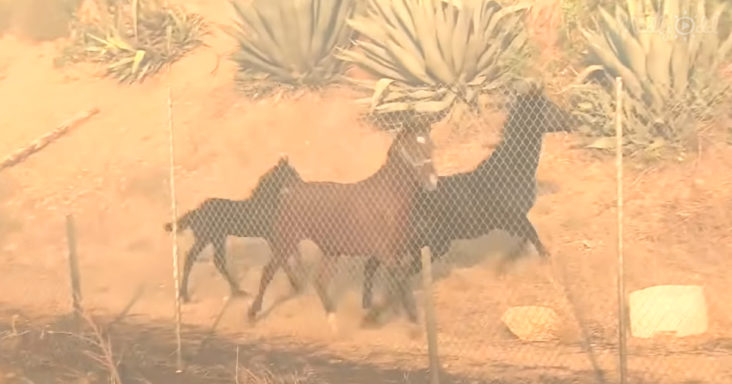 Similar to human beings, animals also have strong motherly instincts. Prieta, the senior horse, couldn’t ignore her motherly instincts when she realized that her daughter and granddaughter had been left behind in the blazing stables.

Prieta immediately charged back into the thick cloud of smoke to find her daughter and granddaughter. She couldn’t continue following the rest of the horses without her loved ones.

The inferno resulted from the ‘Easy Fire’ wildfire that was witnessed in the Simi Valley of California. Apart from people, several animals were also caught in the middle of the wildfire. 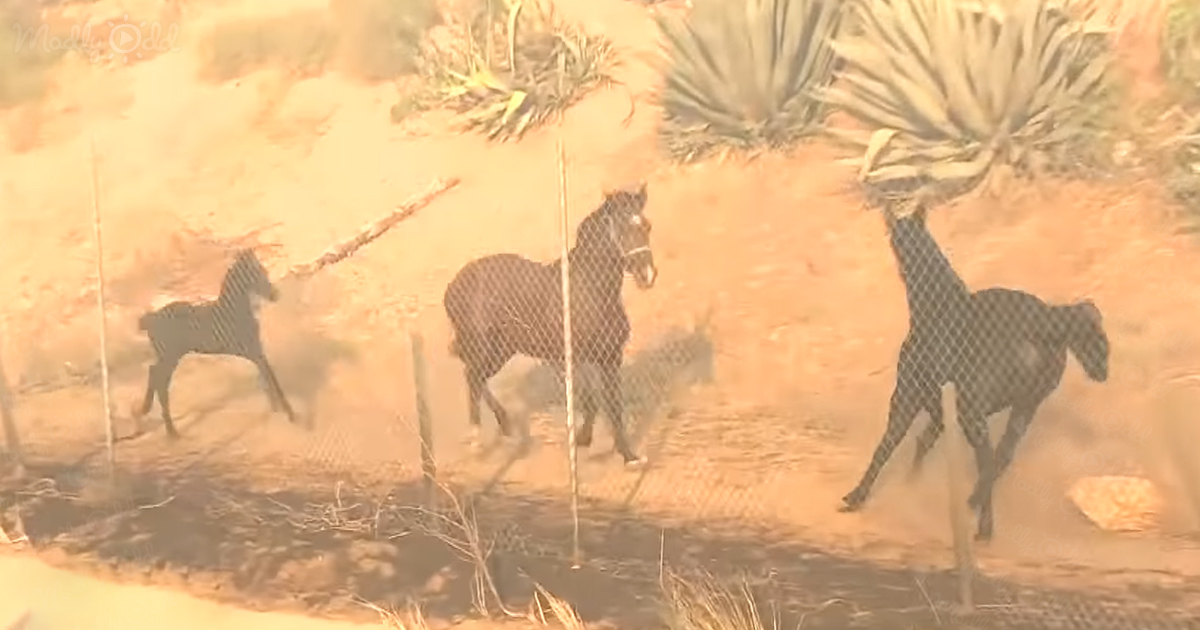 Prieta and her beloved family happened to fall victim to this unfortunate incident. Luckily, she caught up with her adorable granddaughter and the remaining horses and led them away from the fire.

When she saw her granddaughter, it was as if she was gesturing toward a safe direction where she had left the rest of the horses being evacuated.

All the horses were rescued and taken to a safer spot. However, there was one horse that broke his front legs while trying to get away from the inferno, but he got the necessary medical attention.

With more than half a million views, it’s clear we’re not the only ones who were happy the horses were safely evacuated. Of course, not forgetting Prieta’s brave and heroic act.