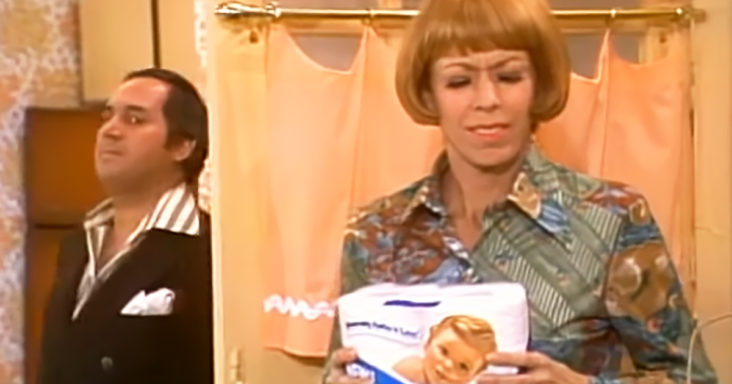 ‘The Carol Burnett Show’ always featured the funniest skits, especially when they made fun of everyday life. You don’t think about the ridiculousness of commercials until you’ve seen this hilarious parody of typical TV ads. 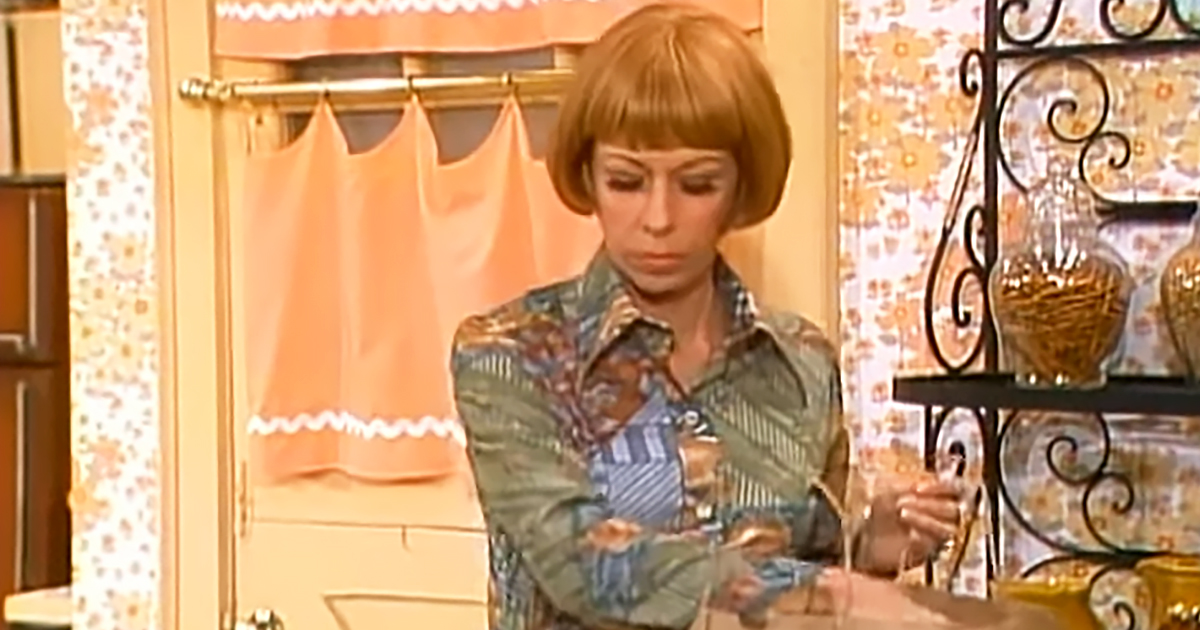 Carol is a regular woman just trying to put away the groceries and get a bite to eat, but her day keeps getting disrupted. It all starts when a man with a gun bursts into her kitchen.

He accuses her of squeezing her toilet paper. She ducks as he fires then runs out. She heads to the kitchen for some aspirin, but Harvey Korman butts in with a better product. 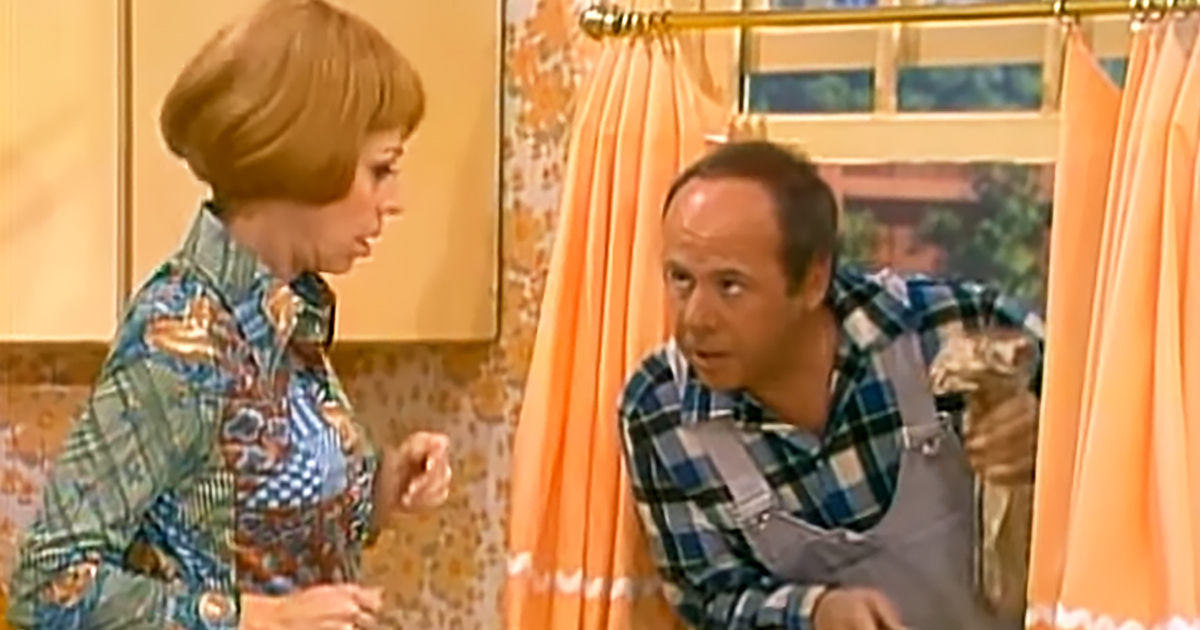 As she’s getting a glass of water, Tim Conway pokes his head into the window. He tells her she should be using a different drain cleaner. She bonks him over the head with a wrench.

Vicki Lawrence keeps showing up at the door, asking Carol to choose which products she likes better. She shoves peanut butter, clean shirts, and soda at Carol until Carol shoves her out the door. 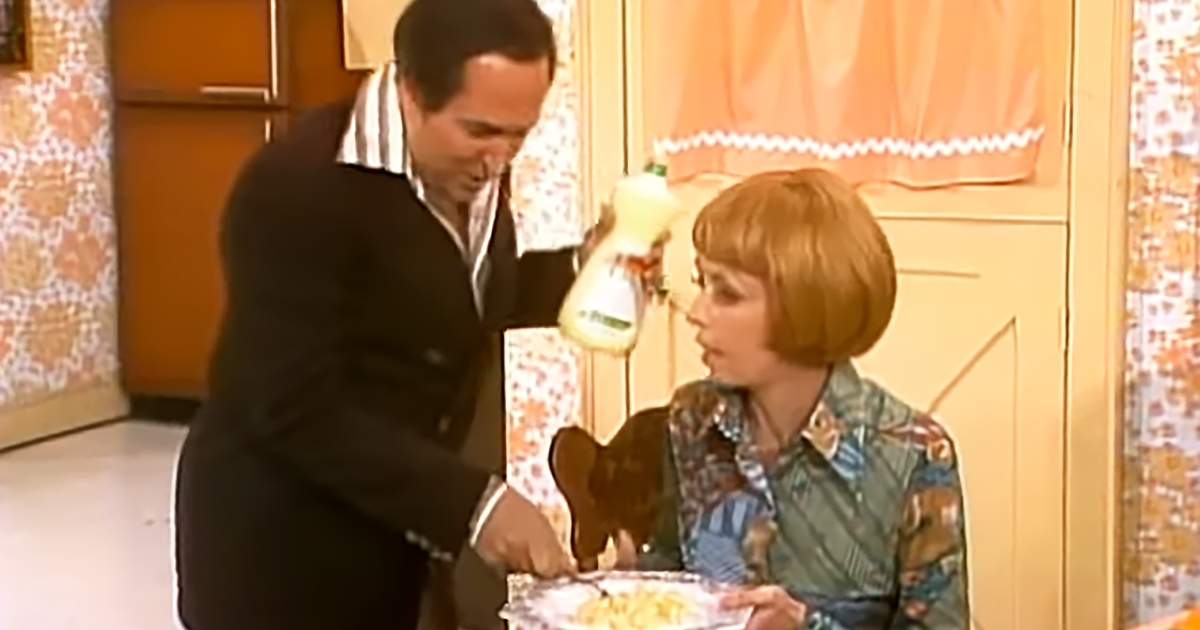 Just when Carol thinks she can get a break to sit down to a quiet meal, her neighbor stops by again. He knocks the food off her plate. Carol gives up and lays her head on the table.

Carol Burnett’s hilarious impression of how a real person would react to different commercial situations will leave you rolling on the floor laughing. Her show really had the most top-notch comedy.