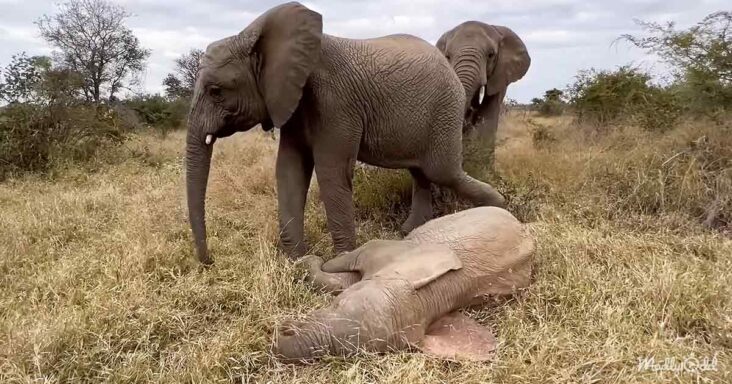 HERD (Hoedspruit Elephant Rehabilitation and Development) is South Africa’s first Elephant Orphanage. Adine Roode, the founder of the orphanage, and her team of caregivers have dedicated their lives to integrating baby elephants into the Jabulani herd so that they could have a family. 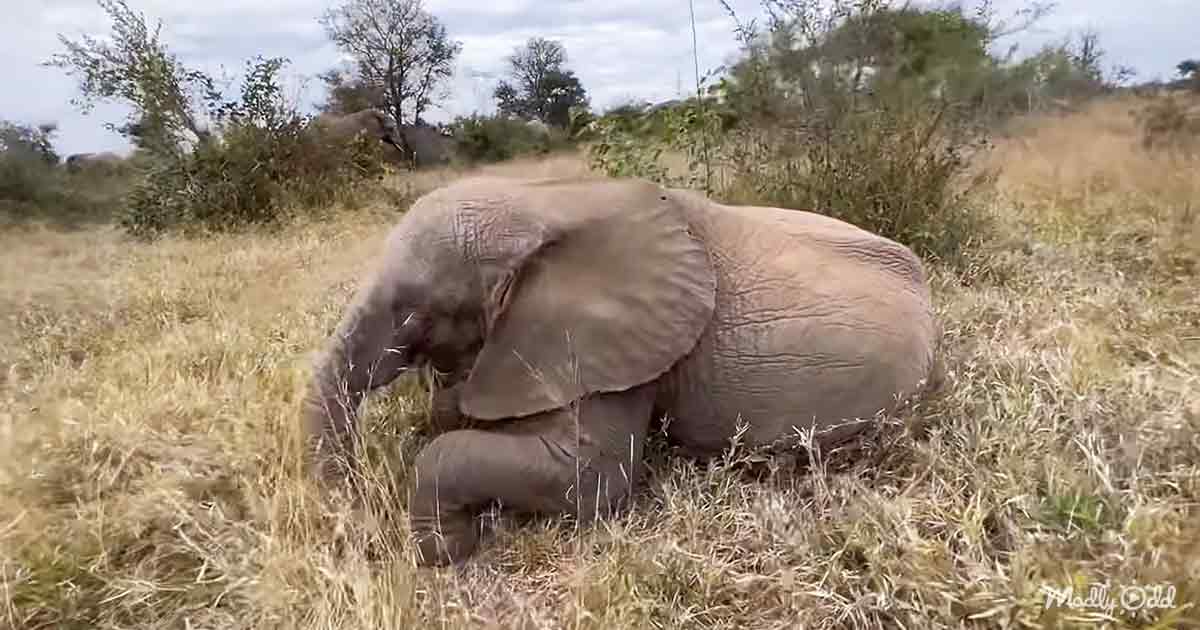 Adine recently joined the elephant herd grazing in the open grassland outside their homestead. She briefly introduced the herd members to her new online fans and followers. The first member she presented to the herd was the baby elephant, Khanyisa. She was an orphan elephant who had joined the pack recently and was a victim of a snaring incident.

The baby elephant was very relaxed and had decided to sleep on the ground. Kumbura, the adult herd member and allomother, rushed to Khanyisa as she was concerned about her. The elders of the herd didn’t like the babies lying down. 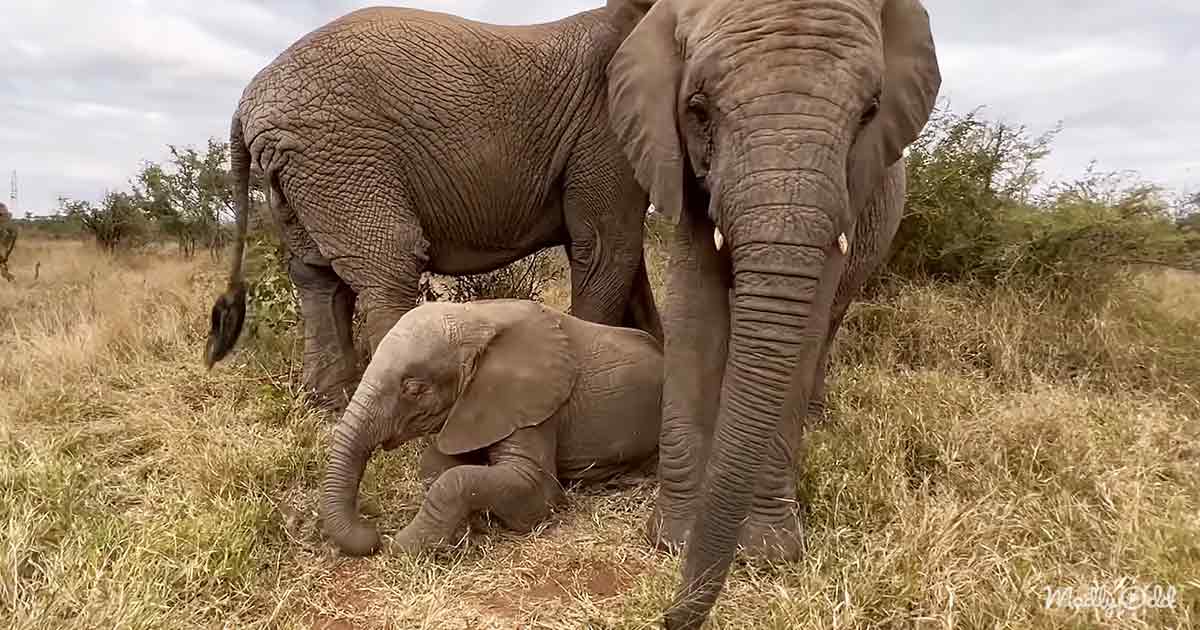 Soon, Timisa, another orphaned baby elephant who had joined the HERD before Khanyisa, rushed in to check upon Khanyisa. Both had been victims of human-animal conflict. These incidents brought the herd members together, and their new family was primarily orphans.

While Khanyisa rested on the ground, Timisa and Kumbura, an elder who maybe knew a bit more about the possible danger, were concerned about the baby elephant’s safety. Hence, they stood beside the little one. However, Timisa wanted to play with her friend and decided to get closer to her. 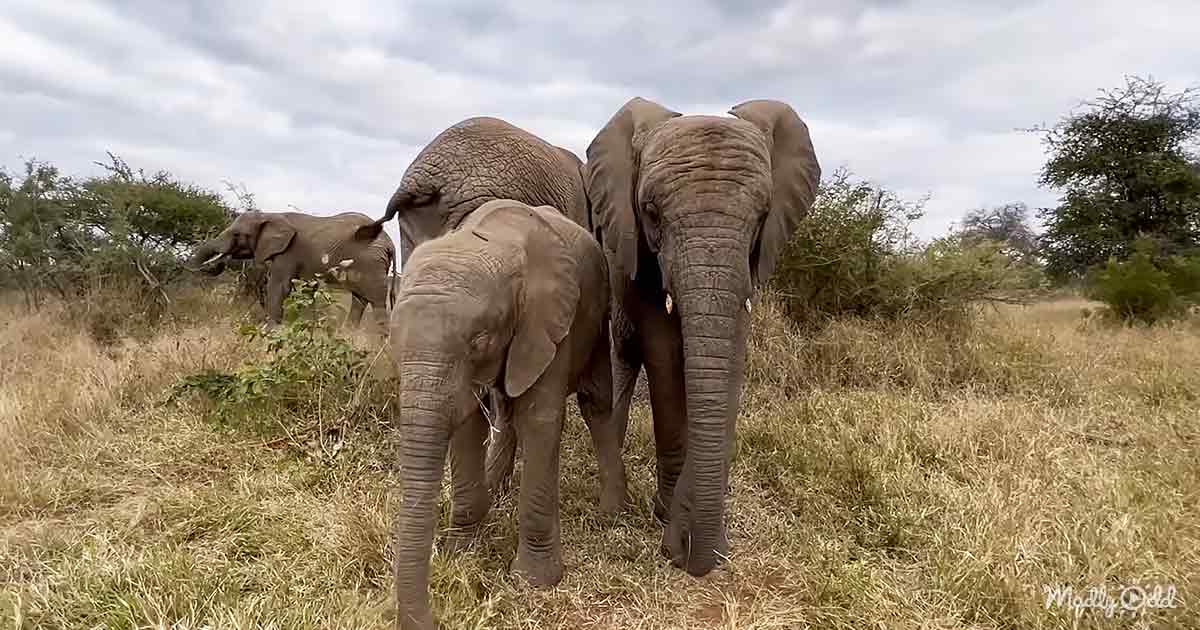 The elephants watched over the baby elephant and wanted to keep her safe. However, they were not much concerned about the situation, as they had decided to stay quiet and just kept an eye on it. A little later, Lundi joined the elephants. Khanyisa slept and was interrupted by her friend, Timisa, when she decided to give a slight kick.

Lundi tried to wake up Khanyisa, but the baby was fast asleep. The two adult elephants kept grazing and had positioned themselves near the baby’s feet. The herd members returned after a while and wanted the baby elephant to get up. Even while she rested on the ground, Khanyisa grazed on the grass. Finally, however, with so much movement around her, the baby elephant decided to get up. It was a lazy and peaceful day for the little elephant calf. 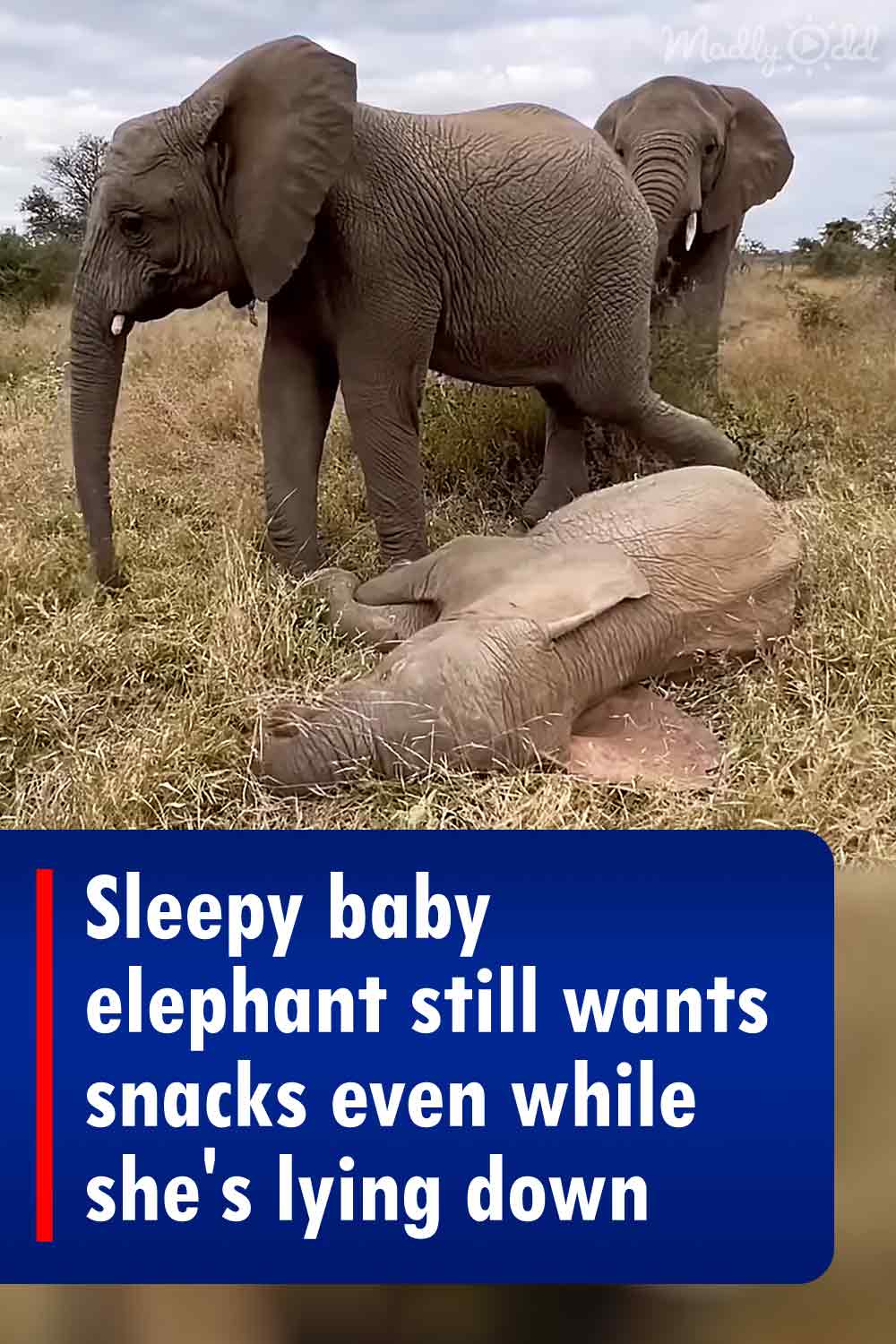