It may come as a surprise to some of us learn that many of our most beloved carols actually originate from our Southern states.

It’s true, some of the most popular and enduring Christmas carols of all time were penned or sung by Southerners. You can find a round-up of some of your all-time favorites featured here

“Rockin’ Around the Christmas Tree” by Brenda Lee

When she was just 13 years old, Brenda Lee from Atlanta Georgia recorded “Rockin’ Around the Christmas Tree”, which was written by New York born Johnny Marks. Brenda Lee was so small and dainty with such a big voice that she earned the nick-name, “Little Miss Dynamite”, after releasing one of her most successful hits.

This pint-sized dynamo sang rockabilly, pop and country music and was the top-charting female vocalist of the 1960s with a breath-taking 47 US chart hits in that decade.

Surely one of the most classic country singers ever to come out of the South was the country crooner, Gene Autry. Known as “Oklahoma’s yodeling cowboy” since he rose to fame in the 1930s, Autry was a singer and rodeo performer. He was also a multi-media mogul, owning a TV station, several radio stations and a major league baseball team.

When Autry sang this popular Christmas carol it enjoyed huge success, hitting number one on the charts in 1949.

A prolific performer, Gene Autry appeared in movies and on countless TV shows during his career. He starred in his own production, “The Gene Autry Show” for a successful six seasons and the multi-talented star won two Grammy Hall of Fame awards for his work in western movies.

“Angels Among Us” by Alabama

This traditional country music and southern rock band from Fort Payne, Alabama was founded by lead vocalist Randy Owen and his cousins. They released this classic Christmas song in 1993, with backing vocals by choirs at the First Baptist Church in Fort Payne.

The band is probably the most successful band in country music history, with 27 number one hits in the 1980s and seven multi-platinum albums during that decade. They have sold more than 75 million records and have been inducted into the Country Music Hall of Fame and the Hollywood Walk of fame.

This ever-popular tune was released in 1944 in MGM’s musical film “Meet Me in St. Louis.” An instant hit, it was co-written by Hugh Martin from Birmingham, Alabama who also wrote several other contributions to the film’s score which were all sung by Judy Garland.

The song also has been recorded by many other greats, including Frank Sinatra, Ella Fitzgerald, Barbra Streisand and Sam Smith, to name just a few.

“Frosty the Snowman” by Gene Autry

In this catchy little number, Gene Autry sings about Frosty the Snowman, “the jolly, happy soul,” written in 1950 by West Virginia native Walter “Jack” Rollins and Steve Nelson.  In 1969, the song was made into an animated TV film featuring the voices of Jimmy Durante and Jackie Vernon.

Written by Billy Hayes and Jay Johnson, this classic holiday song was originally released by country artist Ernest Tubb. But it was Elvis Presley who recorded it as a rock-and-roll Christmas classic in 1957 and made it a huge chart-topper. The Beach Boys successfully released it again in 1964, with it reaching No. 3 on the US Christmas charts

The first version of this song was released in 1952 by Jimmy Boyd, who was born in Jayess, Mississippi. He was just 13 years old at the time but it launched his career and came to be his greatest hit. Following its success, he was awarded two gold records and was signed for regular appearances on various TV shows throughout the USA and Canada, including The Ed Sullivan Show.

Many popular artists including the Jackson Five and The Ronettes have released popular covers of this Christmas hit.

Who can help singing along to “Santa Baby,” a playful Christmas song requesting a long list of extravagant gifts from Santa Claus.

The song was written by Joan Javits and Philip Springer and was originally performed in 1953 by Eartha Kitt, a South Carolina native. This popular tune has been covered many times since, including artists like Madonna and Kylie Minogue.

Gene Autry wrote and performed this 1947 classic Christmas gem which was a top ten hit on both the pop and country charts and has been covered many times since, including by big name artists like Elvis Presley and Bob Dylan.

This songwriter, actor and best-selling author was born in Pascagoula, Mississippi on Christmas day in 1946! He was raised in South Alabama and his music career started in Nashville, Tennessee in country music. However, over time his music morphed into what he described as “drunken Caribbean rock’n’roll”, in keeping with his life-style. The song was included on his MCA Records album, “Christmas Island”, released in 1996.

“Santa Claus is Comin’ to Town”

This popular Christmas tune was co-written by John Coots and Haven Gillespie. Gillespie was born and raised in Kentucky. It was first sung in 1934 and was an instant hit. The lyrics urge us to be charitable and help others less fortunate at Christmas time. Many top-shelf artists have recorded their own versions of this classic, including Bruce Springsteen in 1978 and in 2011 it was released by both Michael Buble and Justin Bieber.

“Grandma Got Run Over by a Reindeer” by Elmo and Patsy

Elmo Shropshire was a veterinarian from Kentucky who called Alabama home for a few years. He and his then-wife Patsy, released this catchy little tune originally in 1979. Elmo was an all-round achiever, working as a vet, running competitively, playing the banjo in a Bluegrass band and performing country music songs. In his solo singing career, he usually went by the name Dr. Elmo. Many well-known artists have since successfully released covers of the song.

Country music singer-songwriter Willie Nelson wrote this song in the 1960s and another Texan, Roy Orbison, recorded the hit in 1963. After that, Willie Nelson recorded the hit himself and it was included on Nelson’s Christmas album of the same name in the late 1970s. “Pretty Paper” is a heart-felt tune about a poor street vendor selling pencils and paper in the holiday season. Since then, there have been many cover versions released.

This Christmas carol was written in 1956 by composer and actor, Jester Hairston, who was born in North Carolina. It was first performed by a choir then Harry Belafonte recorded the song in 1956, which reached No. 1 on the UK singles chart in 1957. It was the first single to sell over a million copies in the UK alone. It was covered by the Germany based disco group Boney M in 1978, which returned the song to top of the UK chart to become one of the best-selling singles of all time in the UK.

“Christmas in Dixie” by Alabama

The American country band, Alabama, from Fort Payne also recorded “Christmas in Dixie,” a hit in 1982. The song extolls the virtues of celebrating Christmas way down South, in South-Eastern American states. It was included on their album, “Alabama Christmas”, released in 1985.

Patsy Cline – Christmas Without You 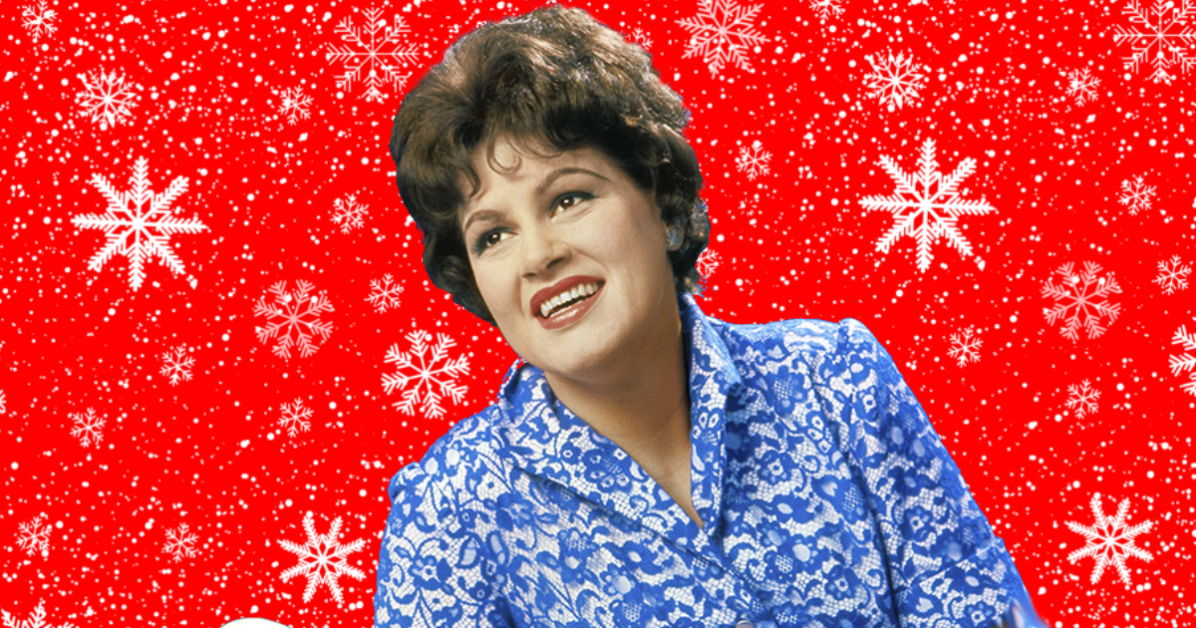 In 1960 Patsy Cline had decided she wanted to record a Christmas song for all of her fans to enjoy. Her songwriters, Lawton Jiles, and Buster Beam wrote “Christmas Without You” just for Patsy taking into consideration her one-of-a-kind voice. You could say it was made just for Patsy because it was.

Patsy adored the song, but the record company management threw a monkey-wrench into the production. And so, the Patsy Cline’s Christmas tune faded into obscurity.

But the songwriters had hoped that someday, an artist would record the original song as it was meant to be sung by the artist it was written for.

Now fifty years later the Christmas song that was put aside is dedicated to the artist who loved it.

In 2011, Luann Hunt discovered both the song and its story. She decided to record the lost Christmas song and dedicate it to Patsy Cline, and what a voice she has!

This has a real” Christmasy” sound, that makes me hum happily.  I’m sure Patsy is enjoying this just as much as the rest of us.

Share this beatiful boquet of Southern-inspired Christmas classics with you friends.