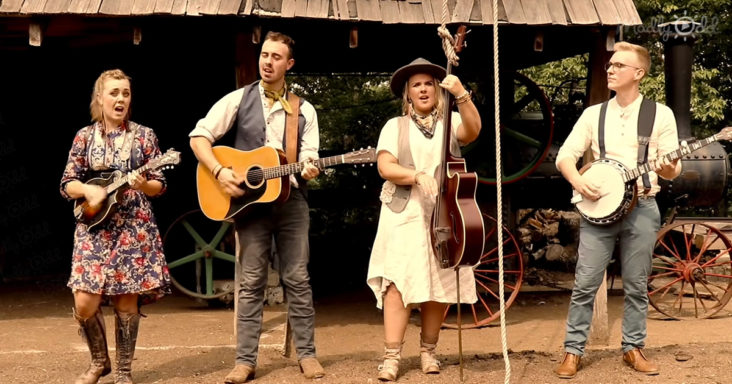 Southern Raised, the multi-award-winning genre-breaking band, covers the cowboy song, ‘Ghost Riders in the Sky.’ The country song, written by Stan Jones, widely performed by Johnny Cash, has been one of the most successful western songs.

In a viral video watched by hundreds of people, the family group handled the song in a delectable way. Each with an instrument, they all sang about the steel-hooved cattle chased down by cowboys.

Southern Raised is a Christian bluegrass group of four siblings from Branson, Missouri. They shared the same passion for classical music. The group has been engaging in folk or country music since 2007. 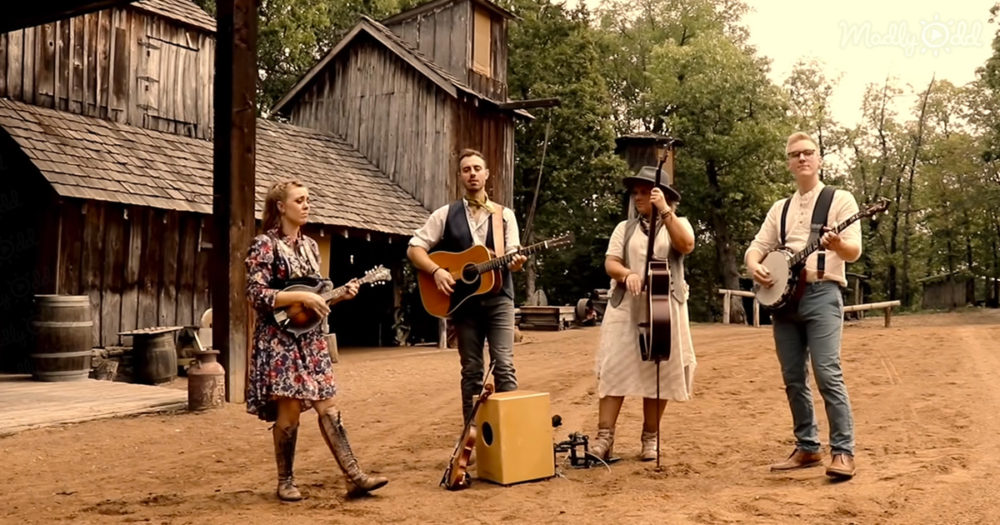 Originally comprising Lindsay, Emily, Sarah, and Matthew Reith, the band self-describes as a Christian acoustic band. Recently, however, Sarah left the group due to personal reasons and was replaced by Alex Aaron Clapton.

Talented and energetic, the band sings the country song handling different instruments. Matt takes the guitar in the video, Lindsay with the double bass, Emily with the fiddle and mandolin, while Alex works on the banjo.

The best part of the concert is that the team always thrills with their playing and singing despite the brand’s popularity. They inspire the audience with their love for music and each other.

Set in Shepherd of Hills Outdoor Theatre, they sing and intrigue. In every chord they play, they are not bereft of ideas and magic. They lift words from the heart, sing the delight of ‘Ghost Riders in the Sky,’ and string magical melodies.