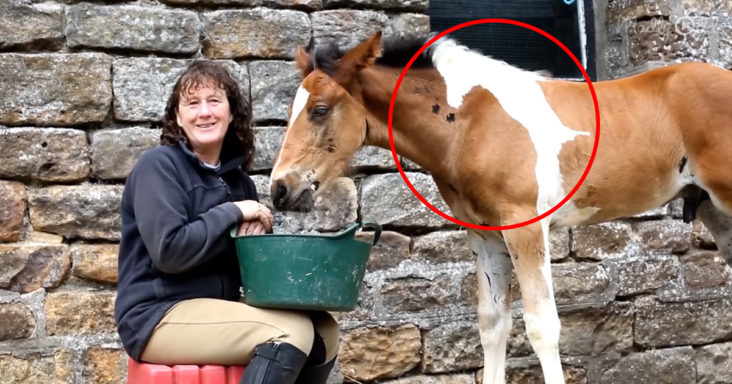 A foal with a distinct pattern on his mane was born in a farmhouse in England, and, indeed, the young station is a beauty to behold.

The young stallion was born in Flying hall riding school, North Yorkshire, England, around mid-year. The birthmark is exceptional from markings on other foals.

Wendy Bulmer, the proprietor of Flying Hall riding school, bought the foal’s mare at a sale. Wendy wasn’t aware the mare was pregnant at that time. The young stallion

The foal has been nicknamed Da Vinci or Vinny. He’s got a white heart shape on his bottom. The birthmark, together with the jet-black spots, makes the foal a divine work of art. 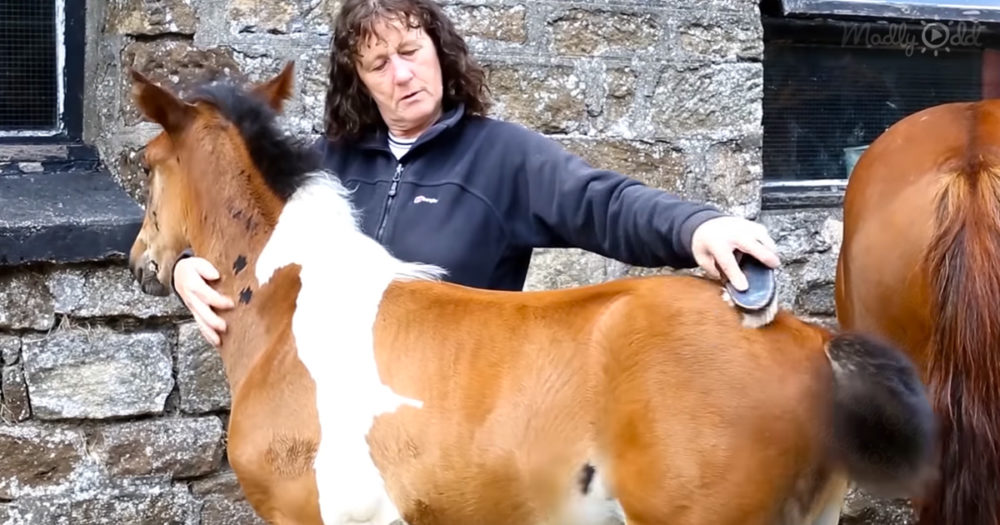 Vinny’s mane and body color, white patches across brown hairs, create an illusion. He looks like two horses due to the patches forming a horse’s figure from his mane to his forelimbs.

Chestnut horses have unusual patches and spots but Vinny’s exceptional. It is natural, forming on a visible part, his mane. Vinny loves his mum and Wendy. Both mothers are his guardians.

Wendy was dazzled at the distinctive markings at his birth. Now there are more eyes on Vinny, as Wendy’s children play with the young horse frequently. He’s now become a part of her family.