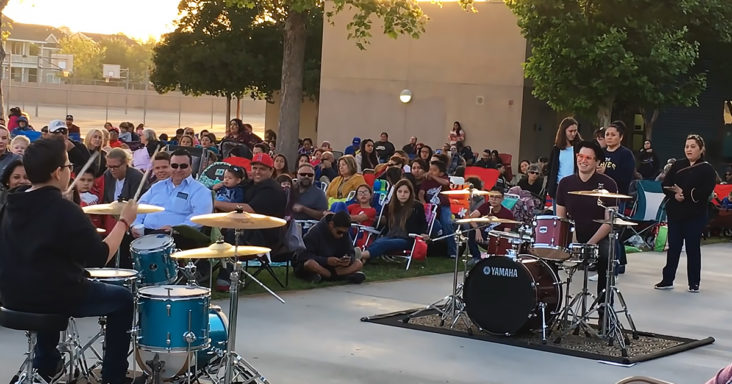 It is not often that you see a student challenging a teacher, and both come out on top. A spectacular drumming challenge between an English teacher and a student exploded online and received over 11 million views.

The viral video was recorded outside the school in full view of hundreds of supporting students and showed a student challenging his English teacher to a drumming battle. This epic battle wowed both the live audience and the online community in a spectacular fashion.

The video showed one contestant beating the drums while the other watched. The other contestant would then try to keep up or improve on the first contestant. The audience seemed equally impressed by both the contestant’s musical talents. 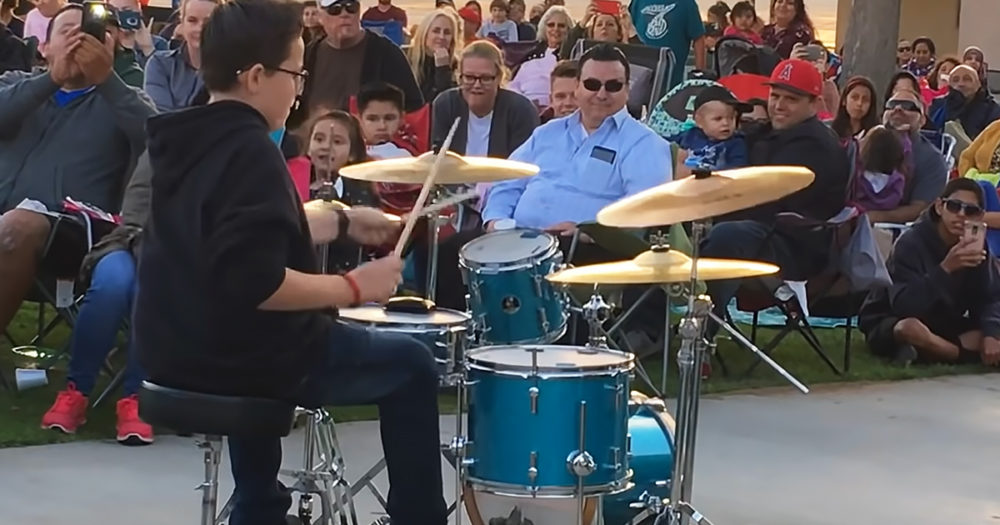 ‘Reece the Musician’ showcased his musical talent from a very young age. In a video that he posted when he was still a toddler. In the video, any observer can clearly see Reece’s fascination and love for playing drums.

This sensei versus apprentice showoff was a genuine display of an inspirational educator’s attempt to inspire and encourage a talented student. During the video, it is clear that the teacher was challenging the student but not trying to outplay or belittle him.

Carlos Arizcun Ramos commented on YouTuber: ‘He managed to last almost five minutes against the obviously more experienced English teacher. I would have given up after two minutes already.’

All the modest Reece had to say on his YouTube channel was: ‘’Me, and my English teacher had a drum battle. That’s it. Enjoy!’

Reece capitalized on this video and is now displaying his incredible talent on other social media platforms too such as TikTok and Instagram. If you are interested in looking at more of his talent on display, look out for his handle @reecethemusician.