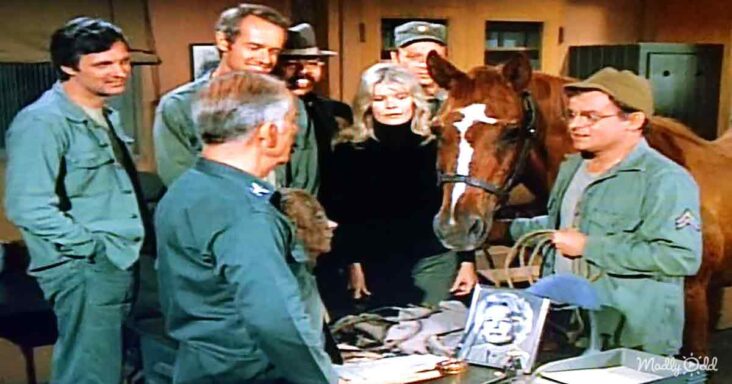 MASH was the perfect mixture of comedy and tragedy. The show about army doctors stationed during the Korean war entertained audiences for eleven seasons. 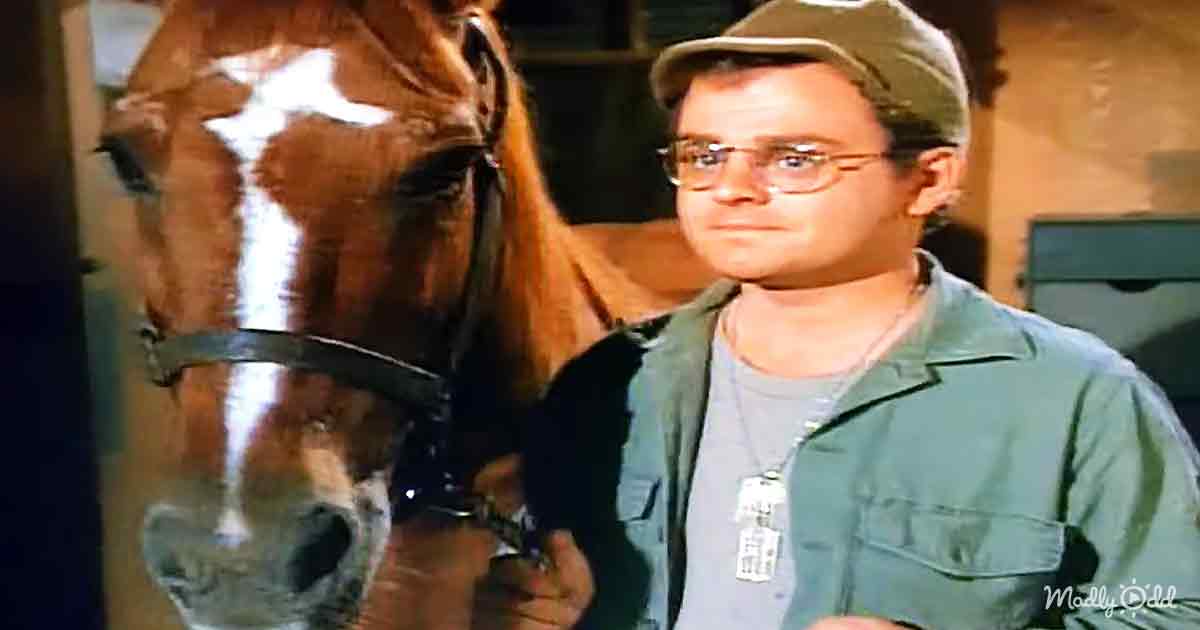 The man who kept the medical camp together was Colonel Potter. He was hard but fair. His leadership did not go unnoticed.

The 1975 episode, ‘Dear Mildred,’ is Colonel’s wedding anniversary. The staff tries to make his celebration special at the camp. They come to his office with all sorts of gifts.

Radar enters the room and says he has a special gift. Potter is excited about how his anniversary is turning into a real party. He’s not ready for what Radar brings into the room. 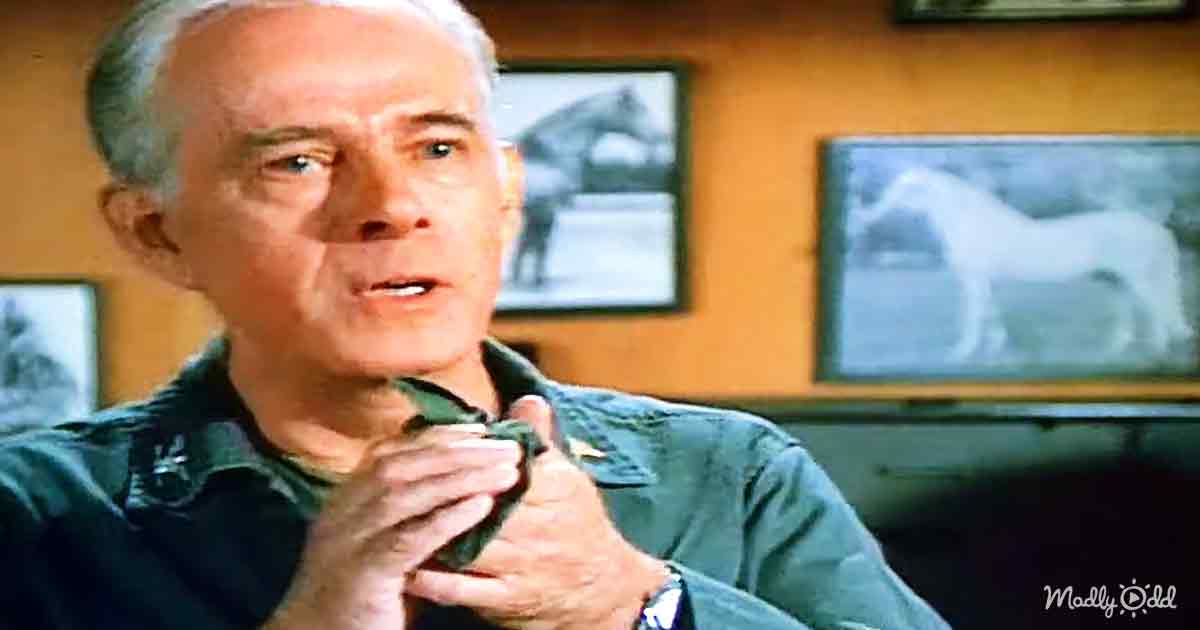 Radar enters the room leading in a horse. Potter’s face goes from smile to astonishment. The Colonel is speechless.

Radar says his gift is a horse. The horse was recovered earlier in the episode. The animal was alone and injured in a canyon. After some training, Radar knew what to do with the horse.

Radar hands over the reins to Potter. Potter comments on how beautiful the animal looks. He wipes his face, unsure of what to say.

Frank, having just gifted Potter a bust, is a bit flustered. He’s angry that his gift doesn’t seem as moving. He demands his money back from Chin, the dealer in the room. 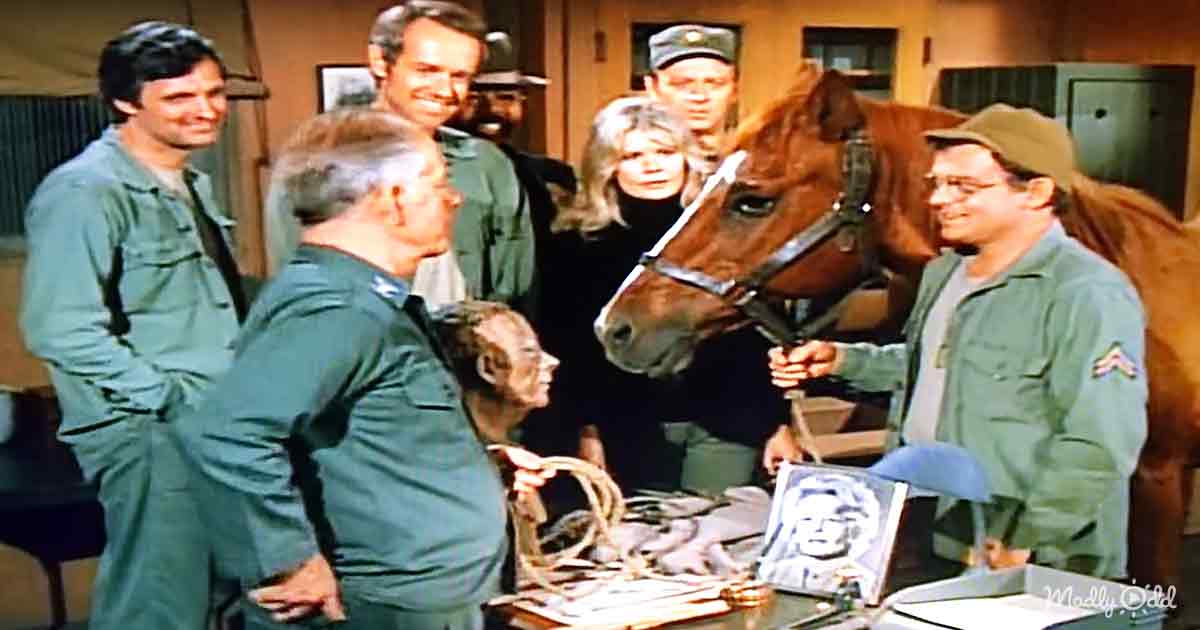 Potter steps around the animal to have a good look at it. He notes the horse couldn’t be more than four years old. Hawkeye, aware of how Radar found the horse, comments that it’s a lovely gift.

Ecstatic, the Colonel says this calls for a drink. As the Colonel walks away from the horse, he trips on some of the horse’s excrement.

Radar apologizes for the horse leaving a mess in the Colonel’s office. The Colonel smiles, stating, ‘Son, to me, that’s a tiptoe through the tulips!’

Scenes like this perfectly showcase what MASH was all about. It could feature just as much humor as it did touching moments. It’s easy to see why it’s regarded as some of the best American television. 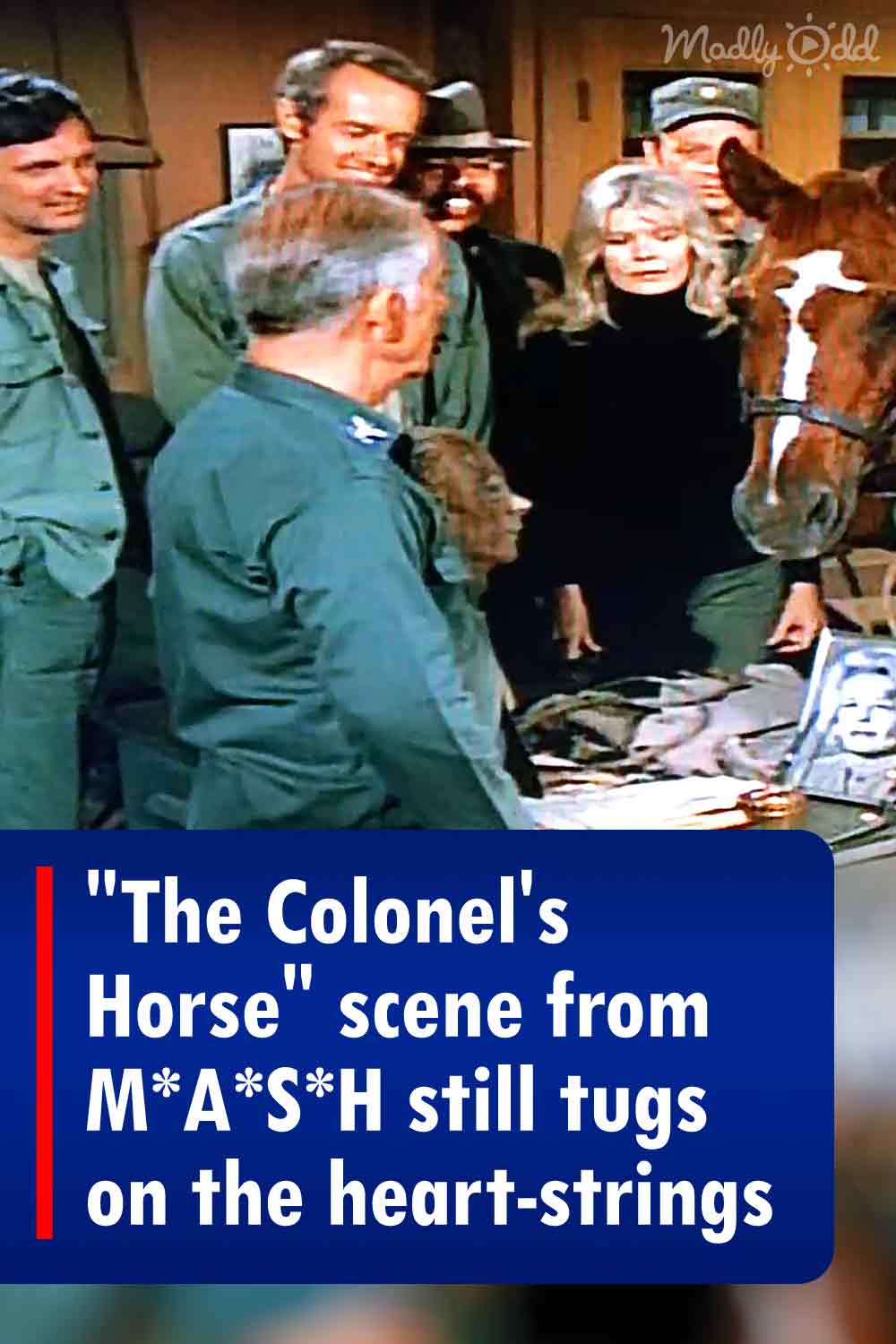