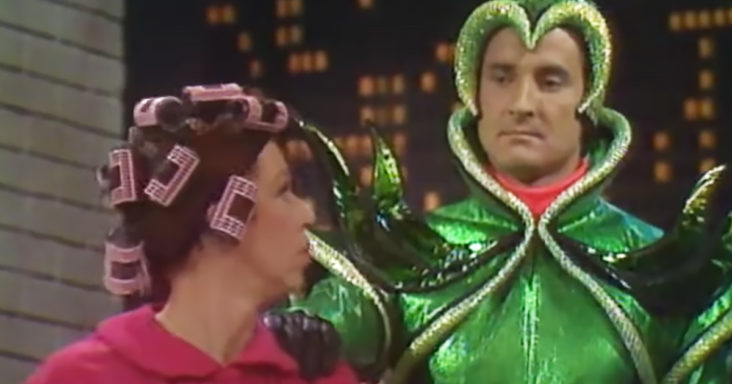 For 279 episodes, the cast of The Carol Burnett Show delighted audiences with their zany sketches, special guests, and question and answer portion with the host, Carol Burnett. 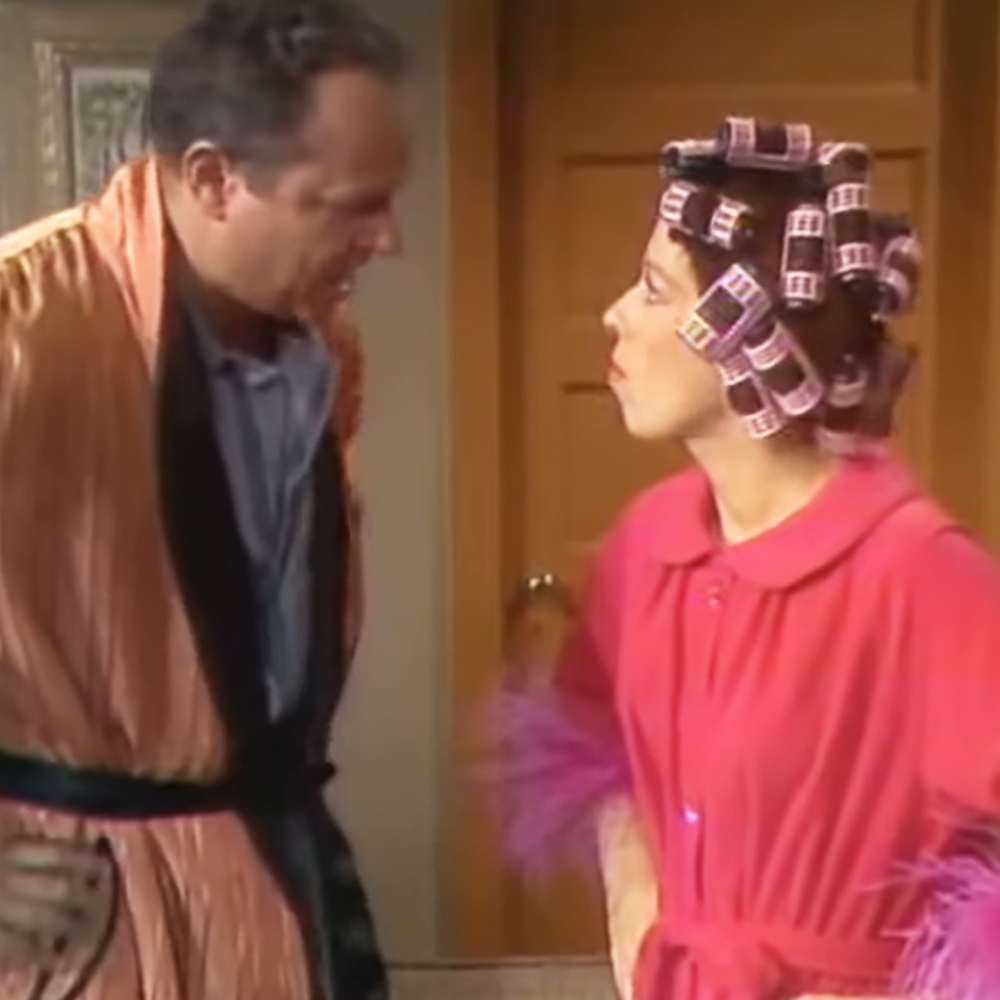 In this sketch, “The Jolly Green Thing,” Carol Burnett and Harvey Korman play a couple with a lousy marriage. It’s clear from the start that this husband and wife have lost their spark.

Carol wants to watch the late-night weird tales sci-fi movie on TV while her husband just wants to go to sleep. Harvey is tired of his wife enjoying space films. 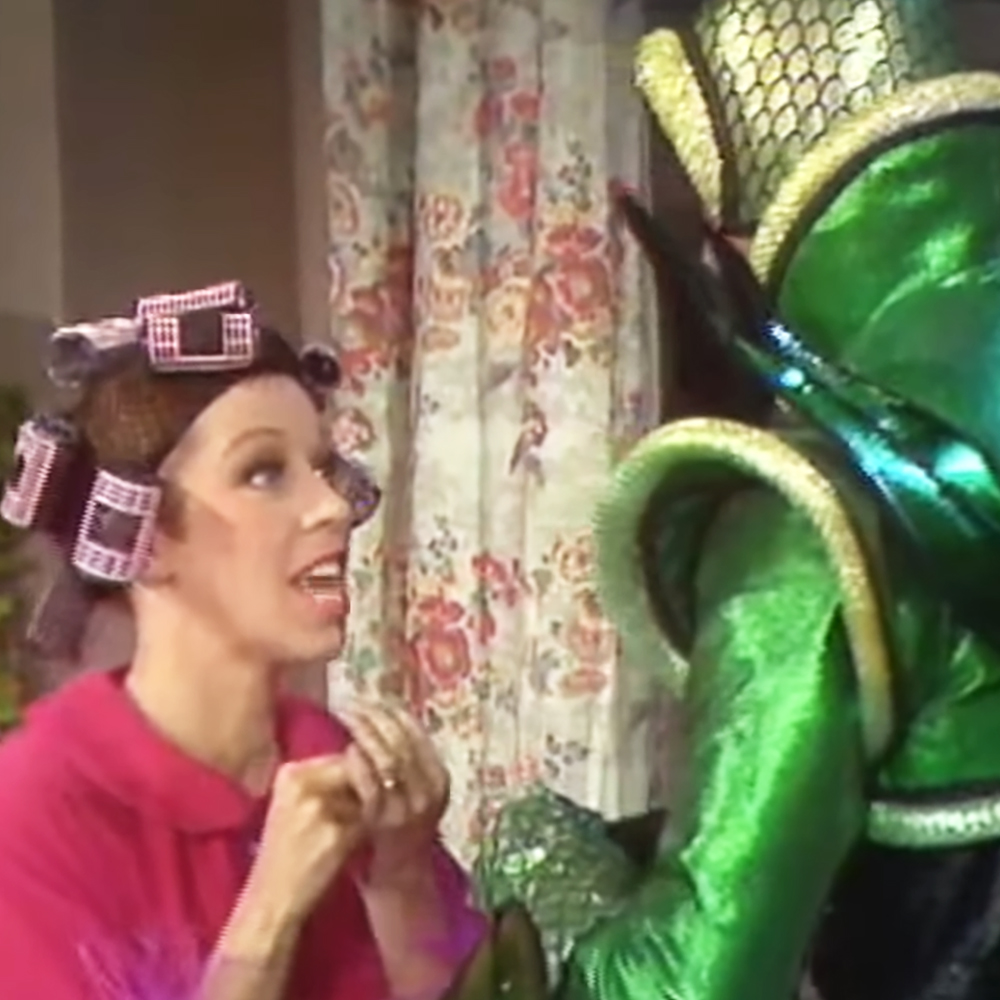 Harvey goes to bed while Carol settles in for the movie. All of a sudden, a green humanoid alien appears in her living room. Carol is shocked but delighted to meet such a nice creature.

The alien, who says he’s from Venus, asks for a place to rest before he begins his journey home. He flirts with Carol, who is starved for affection. Harvey yells through the door, but the alien assures her that he can only be seen by women. Men can’t see him. 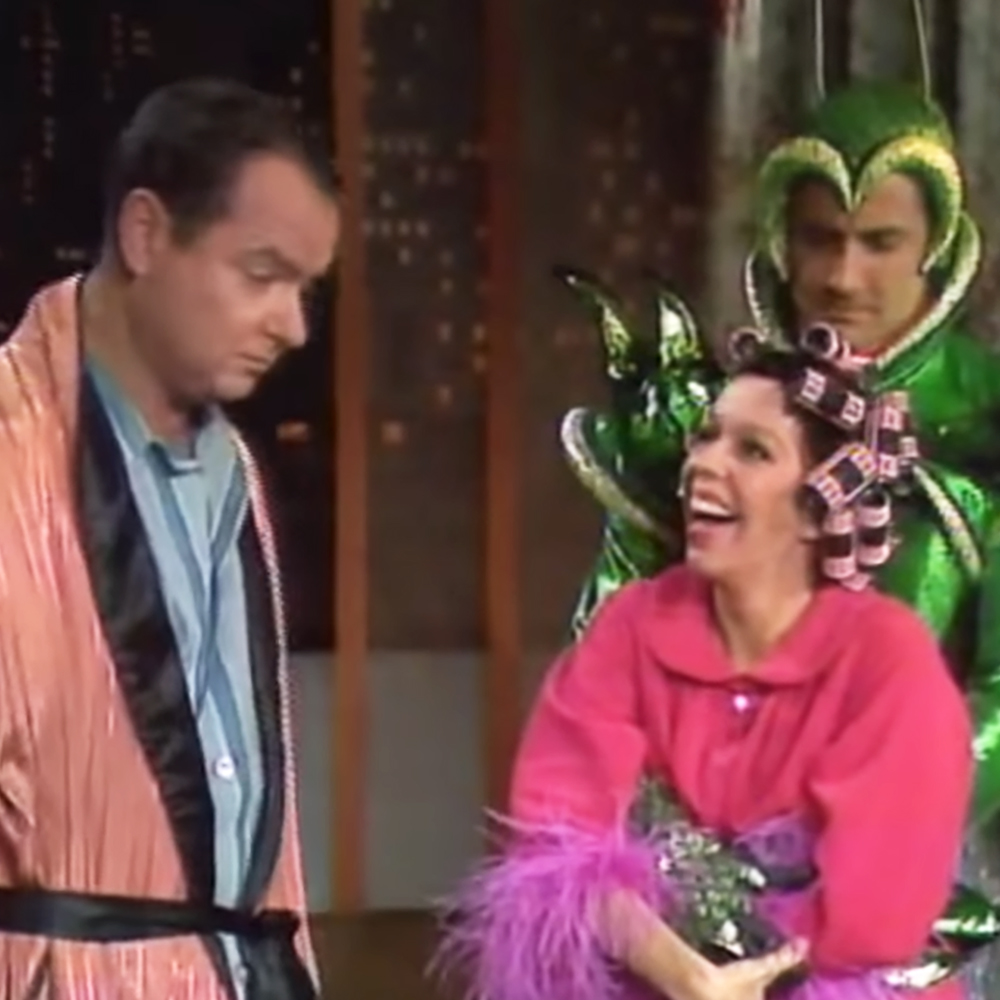 Carol tells the alien how much she loves science fiction and wants to know more about his world. He tells her that aliens on Venus love women. This excites Carol, so when the alien invites her to return to Venus with him, she heartily agrees.

The green alien offers Carol a pill to help her fly in space as he does, and she takes the pill. What happens next in this comedy sketch is very unexpected. You’ll have to watch the clip to see how the escape to Venus works out.