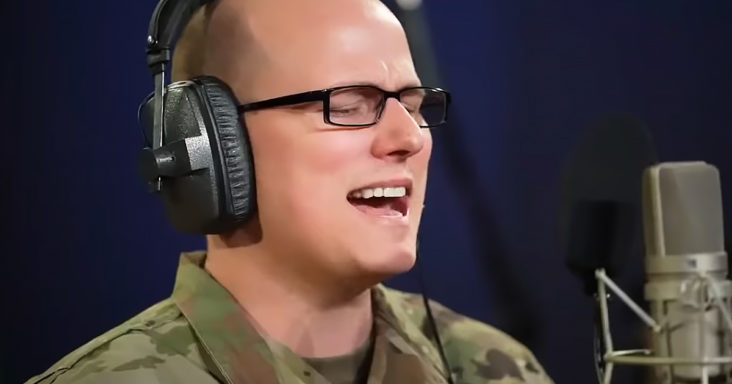 It rarely happens where another group can equalize or improve on a legendary band’s hit song. Many tried to copy the iconic rock band Rush in the past but failed miserably. That is why many viewers are still coming to terms with the U.S. Army’s cover version of a Rush chart-topper.

Released in 1987, Time stand still became the 3rd most popular song on the USA mainstream rock chart and was heard on radios for years to come. This energetic song reminded listeners of the importance of appreciating the beauty in the present.

Many years later, this song is doing the rounds again, but this time everything is different. The song is not circulating on the radio like before but online through video platforms. 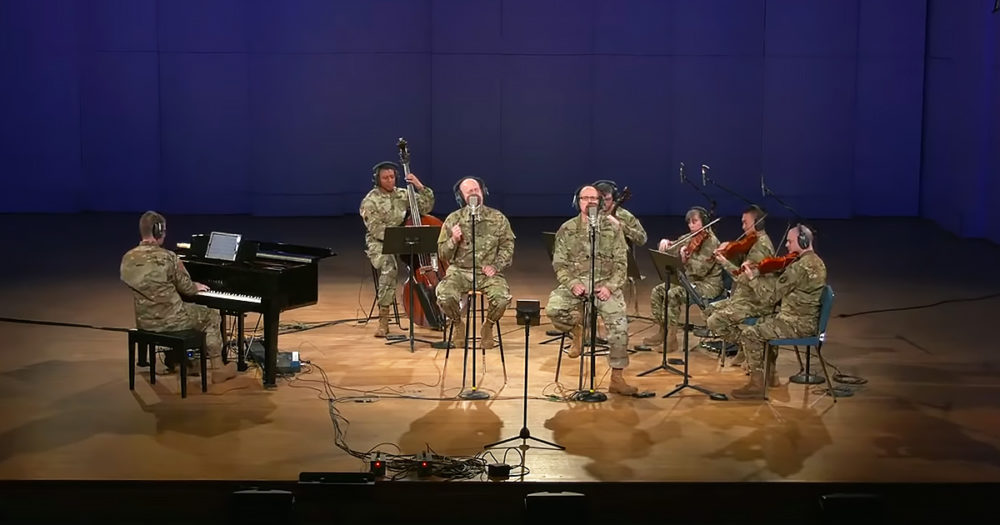 The members of the band are not glitzy rockstars with daring outfits and outrageous hair. They are soldiers in uniform with neatly trimmed short hair. The members do not strut guitars, bang drums, and tickle synthesizers. This group exchanged all of that for a piano, three violins, a cello, and a contrabass.

The U.S Army’s Band, Pershing’s Own, took a beautiful song and turned it into a goosebump-causing masterpiece.

The voices of the two soldiers singing the song float the listener away on a careless cruise to tranquil-town. The delightful auditory voyage is complemented by waves of goosebumps caused by the smooth, flowing sounds from the symphonic string instruments.

The performance was recorded, and the video was published online. The public’s reaction was overwhelmingly positive, to say the least. Praises and compliments streamed in, and the video is continuing to grow in popularity globally.

When Sergeant First Class Tim Whalen heard the news that Rush’s drummer Neil Peart passed away in 2020, he felt compelled to tribute a song in his honor. This led to the U.S Army’s band Pershing’s Own performing this befitting song.

When asked about the song choice, SFC Tim Whalen replied: ‘This is such a universal message (lyrics of the song), whether it be children growing up too fast, a loved one dying, or a soldier leaving home wondering if they’ll ever see their family again.’ Beautiful music and beautiful lyrics sung by heroes. What more could you wish for?