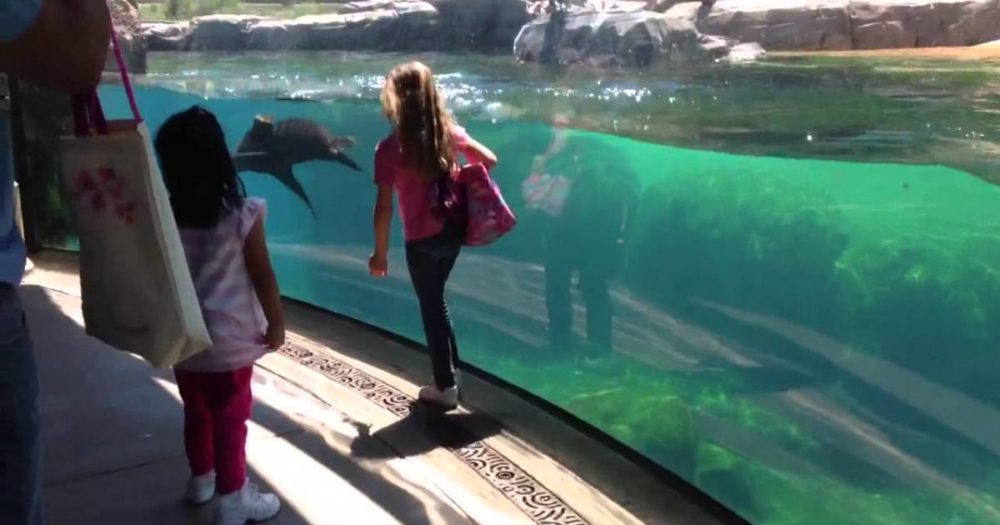 The National Zoological Park is a home to some of the world’s most exciting animals. Based in Washington D.C.., the National Zoo attracts millions of visitors each year — but few are as adorable as this little girl.

She’s having a blast while chasing this sea lion. She takes amusement from the fact that the sea lion tracks her every move, swimming alongside her as she sweeps from left to right. On one of her back-and-forth, she ends up taking a fall, and the sea lion stops dead in its tracks. It’s an impressively human moment, especially for a creature that’s spent its life under water. 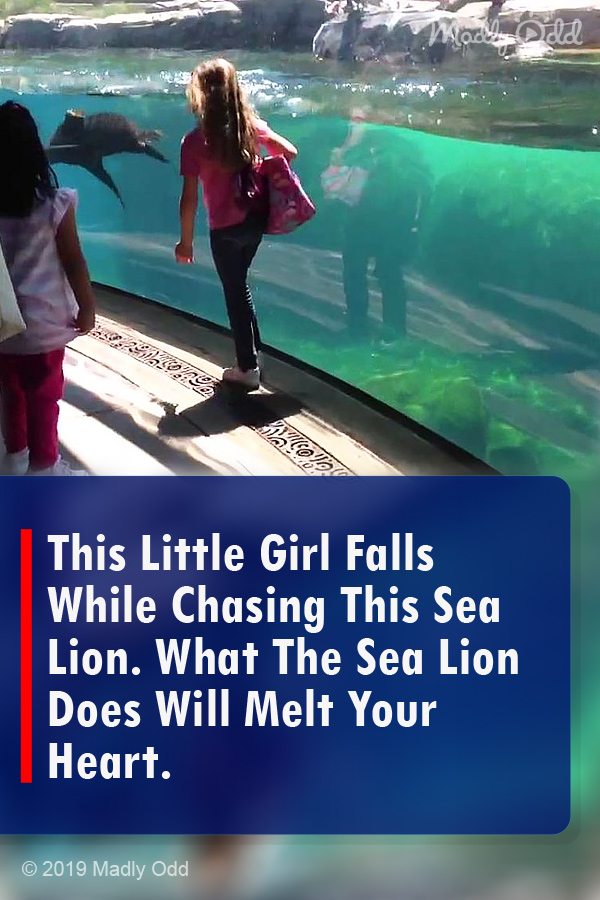