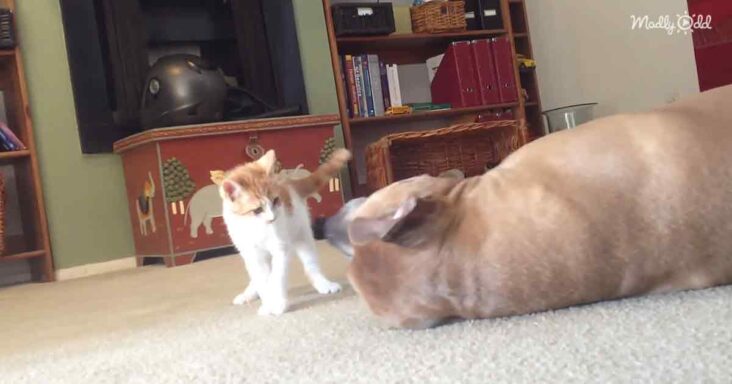 Cats and fighting have become a common sight. However, it is rare to find a kitten attacking a big and strong Pitbull. But, recently, something like this was caught by the owner of Haven the kitten and Apollo the Pitbull. 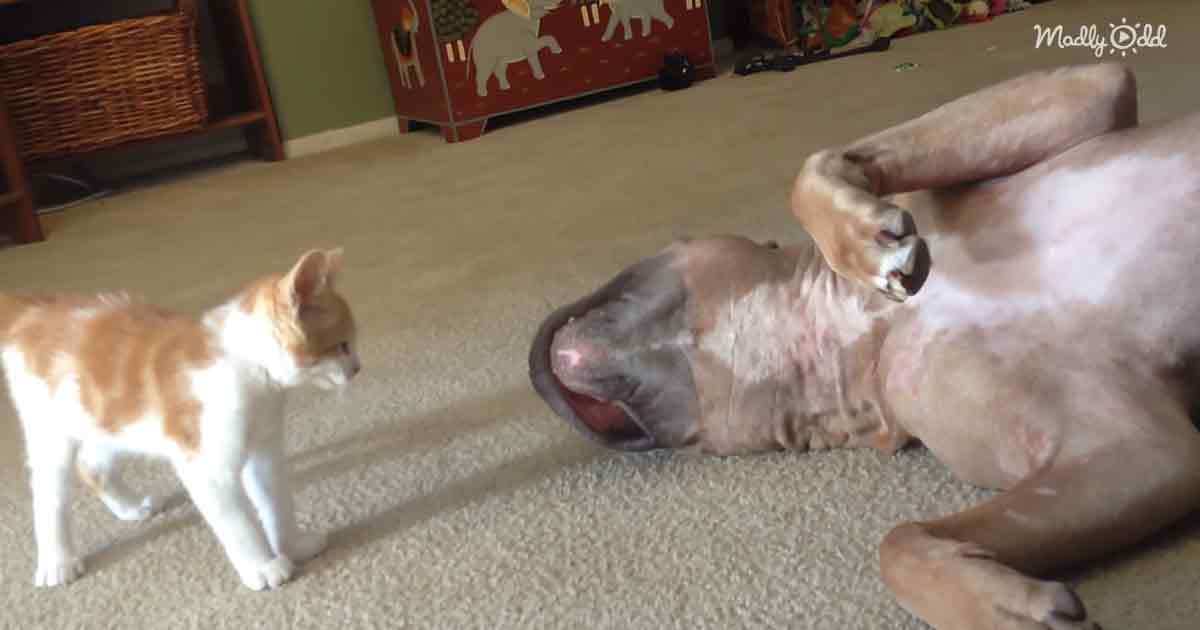 Initially, the dog was lying down on all four when the kitten attacked him. Apollo was in a playful mood and wasn’t attacking the kitten in full force. However, little Haven had other plans. The kitten hit the dog’s face.

Thankfully, the dog took it playfully and rolled over to encourage the kitten to play more with him. Unfortunately, seeing the dog lying on his back encouraged Haven to attack more ferociously. The kitten tried to bite the dog’s lips. 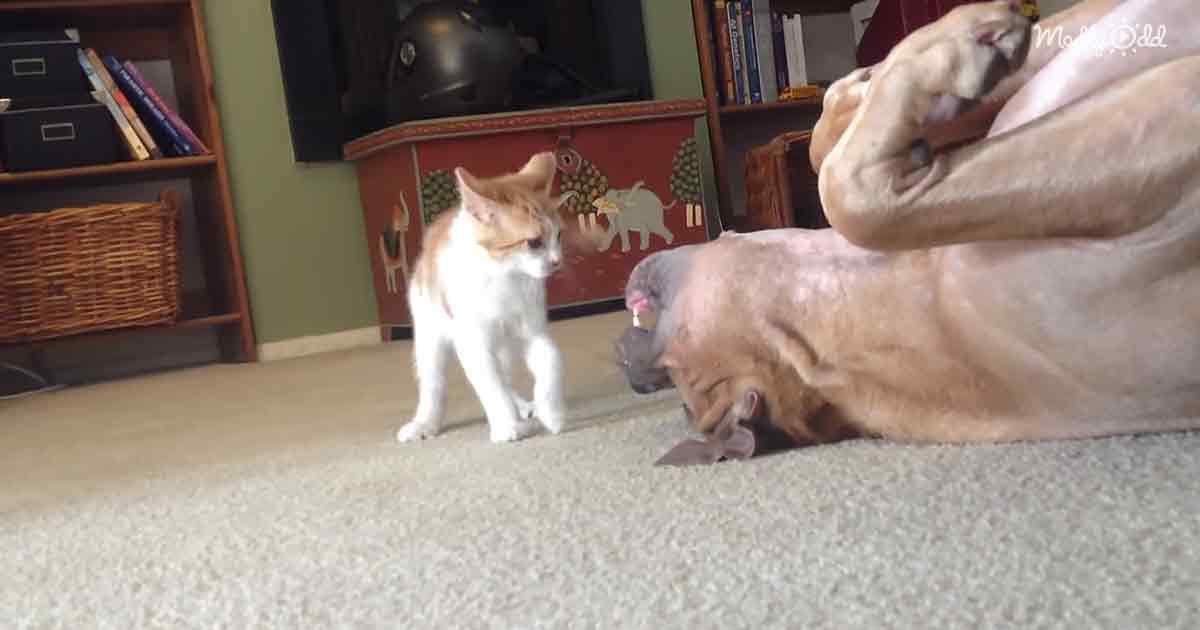 After a while, the kitten sat down, exhausted from all the fighting. However, the dog was not done. Apollo wanted to play more with his little friend. So he tried to playfully bite the kitten.

This act of Apollo made Haven get up again and face the dog with renewed vigor. The kitten took her time and sniffed around the dog’s face looking for a spot to bite. Finding nowhere to bite, the kitten decided to attack Apollo’s lips. 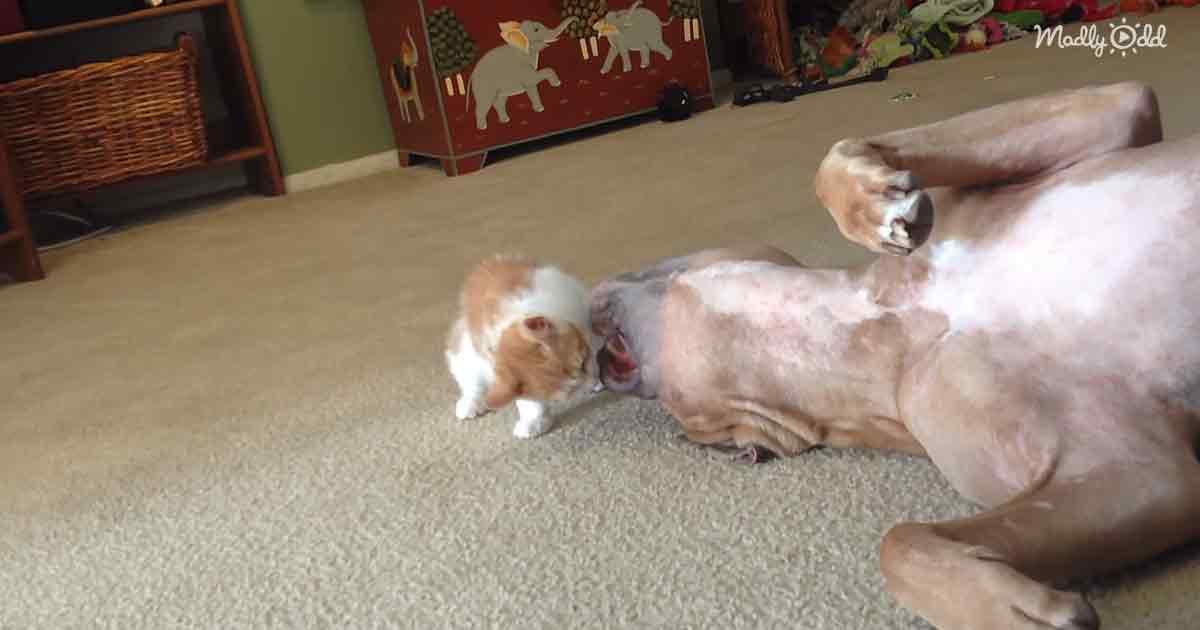 She hit the dog with her paw and jumped back in anticipation of the dog’s attack. However, the dog decided to remain still and allowed the kitten to keep playing with him.

Ultimately, Haven decided to stop the fight and stood away from the big dog. Nonetheless, Apollo chose to lay down on his back. Although the kitten was nowhere near the Pitbull in terms of strength, the kind dog allowed his little friend to win. 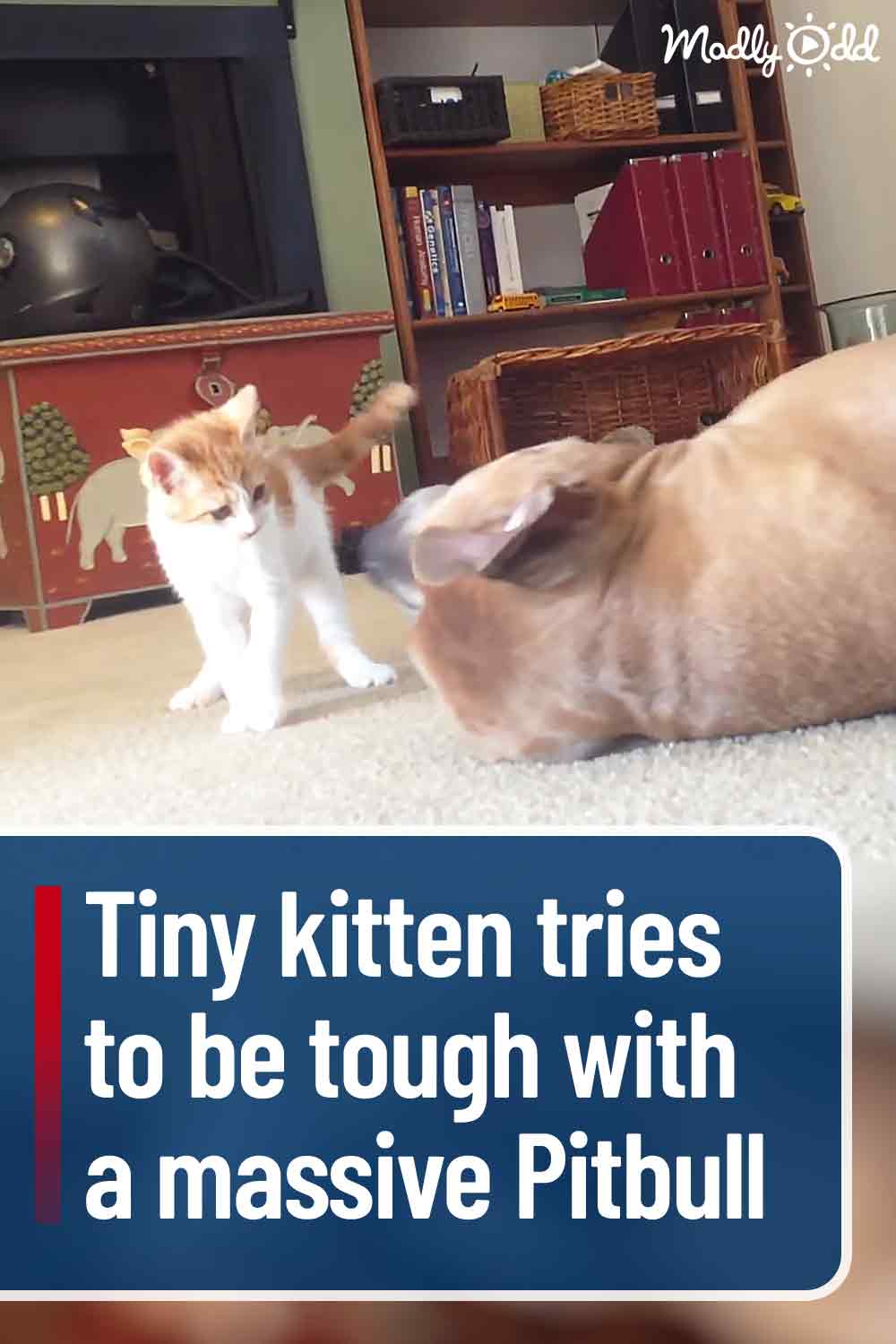