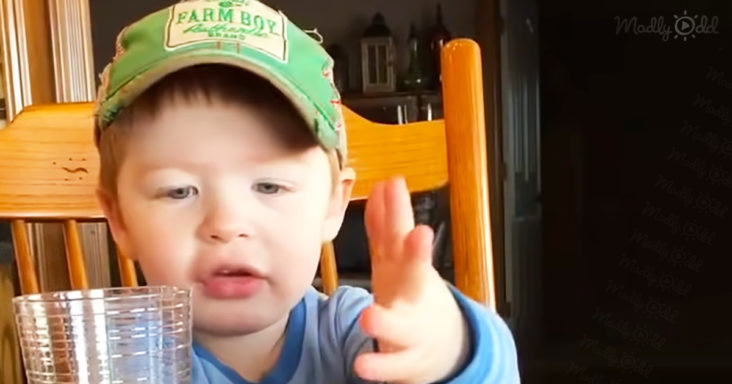 A little boy in a worn-out baseball cap sits at a kitchen table eating his breakfast. Someone is recording the toddler as he sets out to tell his tale of what he did last week.

In front of his plate of bacon and eggs, the boy starts with an exasperated sigh as he answers something asked before the video began. His story is about Bear Creek.

As soon as the small boy pronounces those words, a man asks him, “Bear Creek? You know how to get there?” To which he smartly replies that yes, he does; this is when the fun begins. 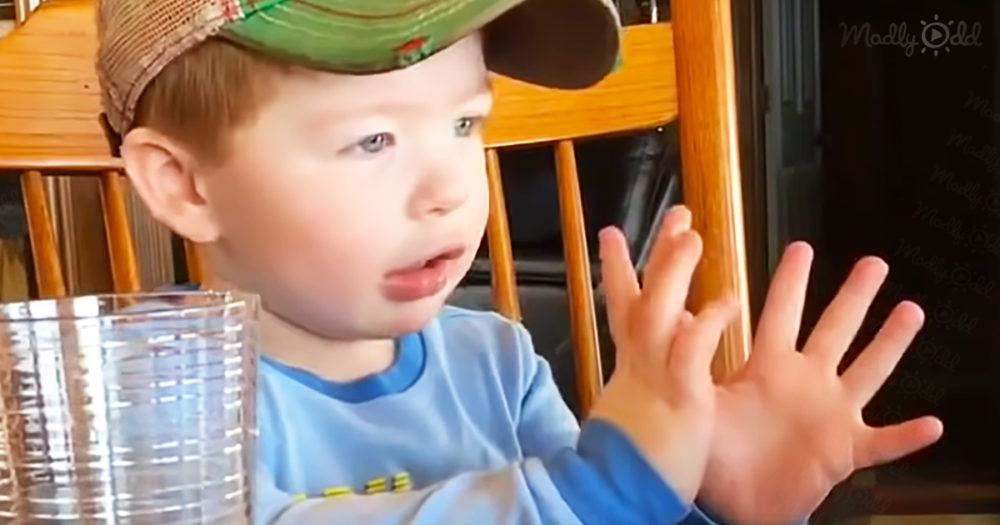 At the mention of ‘miles,’ the directions and the story get more complicated as the boy goes off on a tangent. His excitement to prove his knowledge transpires to his hands.

The country boy almost knocks over his tall glass of orange juice, but he manages to catch himself just in time and move it to the side. Off-camera a hand appears and moves it further away so the little guy can continue with his directions.

The video has gained over 1.2 million views on the YouTube channel ‘Life According to Jake Boone.’ With that extensive set of directions, viewers will know their way to Bear Creek like the back of their hands.