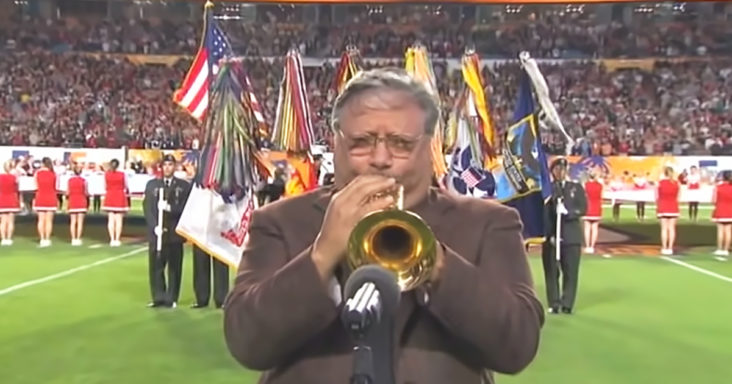 Legendary Trumpeter Arturo Sandoval played ‘The Star-Spangled Banner’ before a game between the Virginia Tech Hokies and Cincinnati Bearcats at Orange Bowl in Miami, Florida. 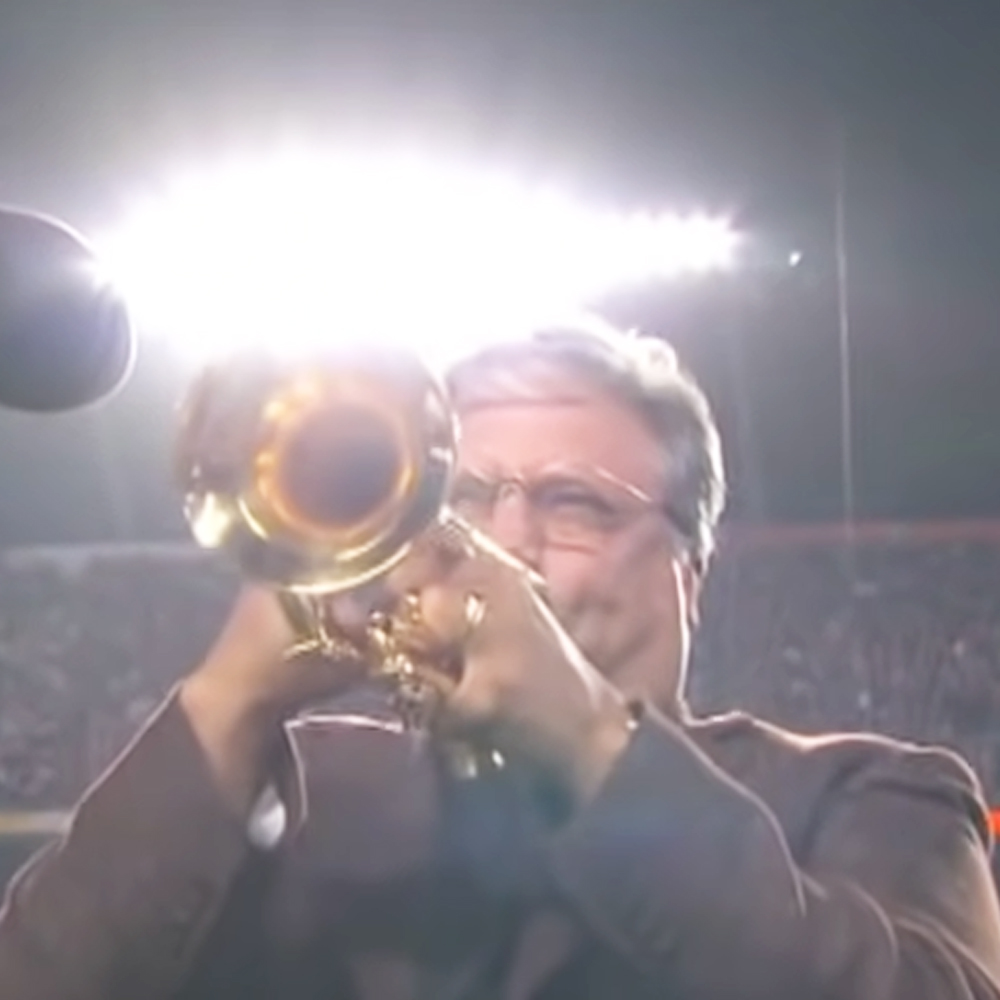 He is a Cuban-American jazz musician who was inspired by the likes of Charlie Parker, Clifford Brown, and Dizzy Gillespie. Arturo met Gillespie in 1977, and they became friends.

Gillespie mentored Arturo, and eventually, Arturo became a naturalized American citizen in 1998. Before the game, the announcer called in Grammy-winning jazz musician Arturo Sandoval. He played with a mic positioned in front of his trumpet. 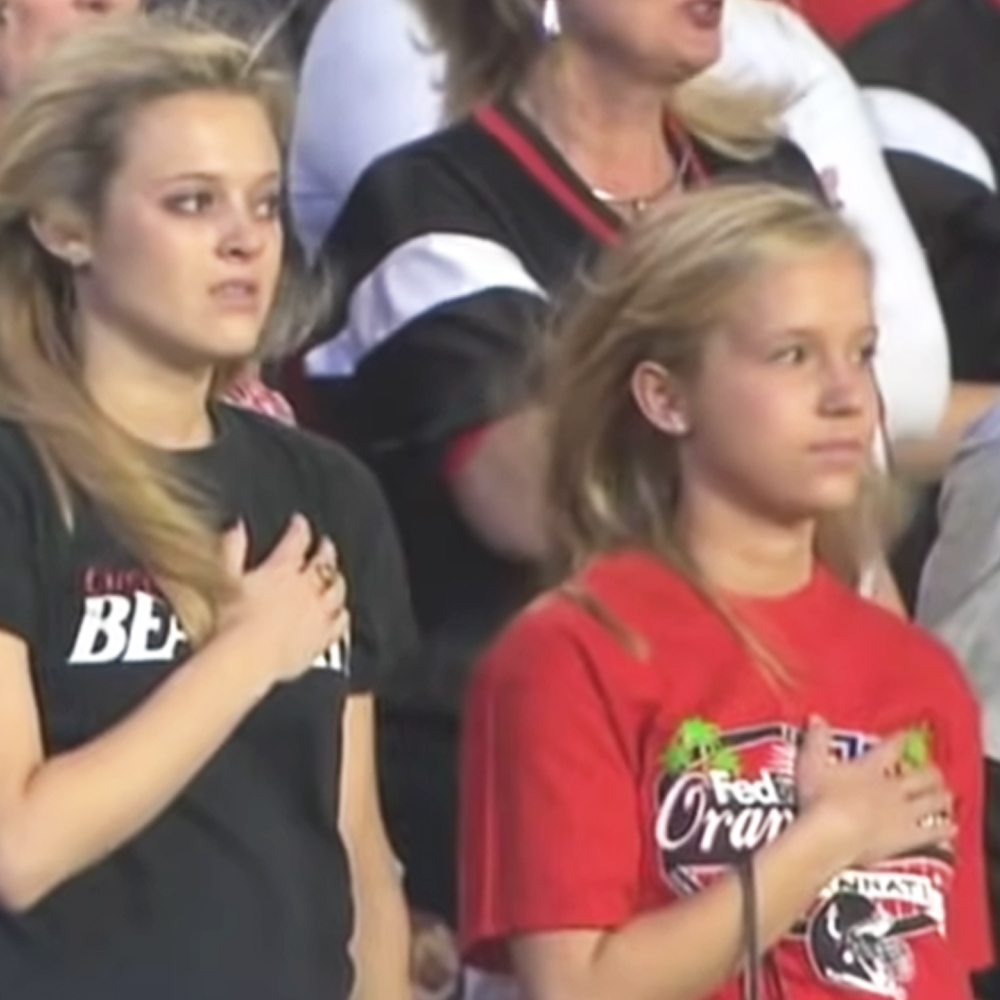 It was a breezy evening, with the floodlights illuminating every corner of the stadium. Everyone stood from their seats, and behind Arturo, the American flag danced with the wind.

A much larger American flag was carried by dozens of cheerleaders in the middle of the field. They held the ends, so it was spread out for the entire audience to see. 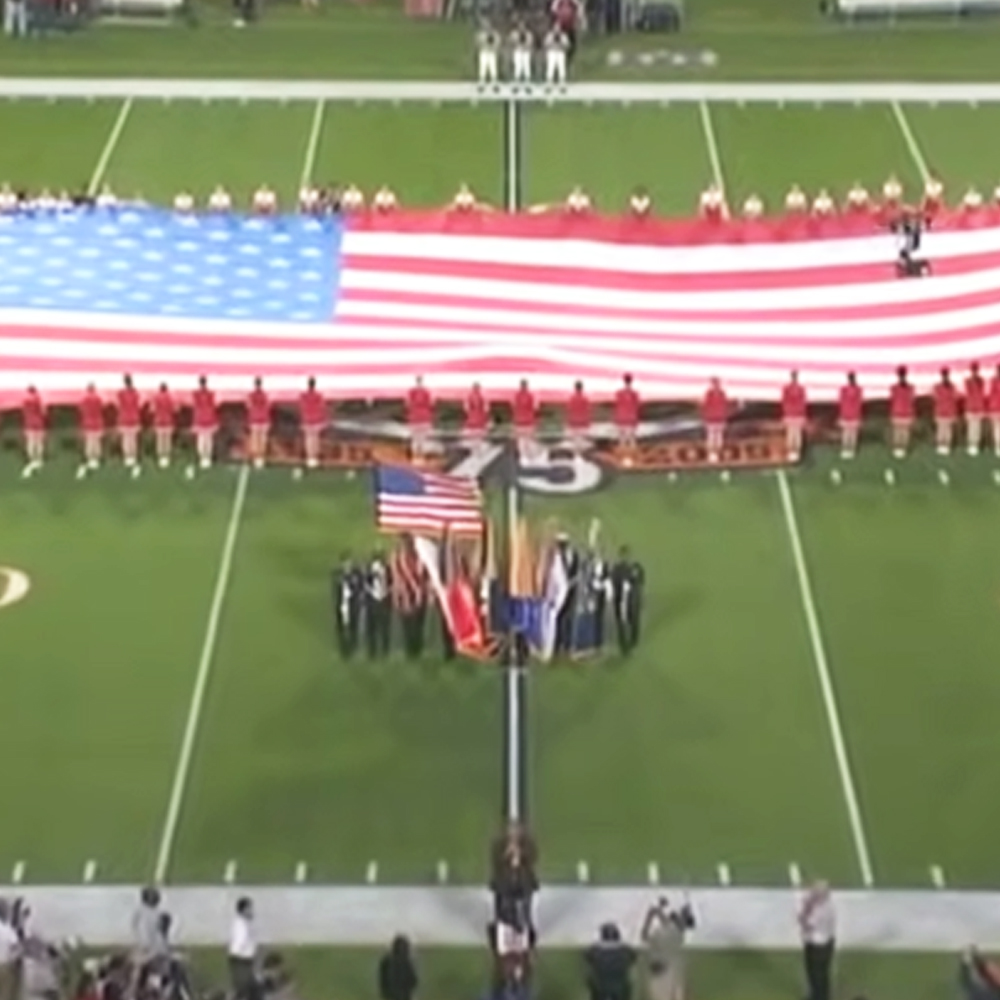 The crowd listened in awe of Arturo’s phenomenal trumpet playing. Arturo Sandoval played with passion and skill while people stood on their feet with their hands over their chests.

Arturo played incredibly high notes on the trumpet at the end of the song. Those familiar with the instrument would know that what he played was near impossible for most musicians.