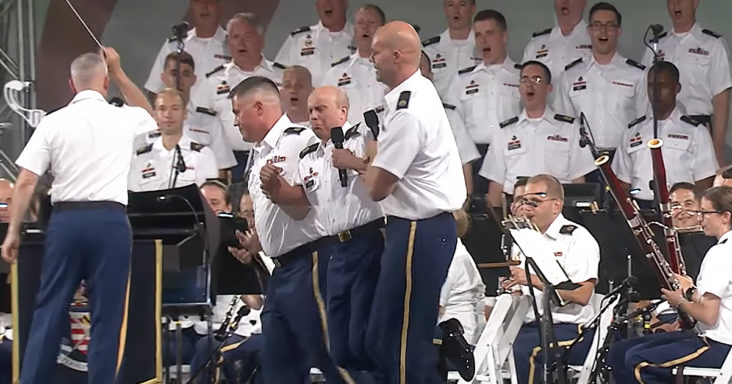 The U.S. Army Chorus has the audience in splits with a popular and humorous running cadence entitled ‘They Say That in the Army.’

The word “cadence” was used in these work songs because of an earlier meaning. It indicated the number of steps a walker or runner took per minute. A drummer or sergeant set cadence, and discipline was essential, as maintaining tempo directly affected the infantry’s coordination.

By not requiring instruments to play, they are counterparts in the oral military folklore of the military march. The military cadences take their rhythms from work done (compare the sea song) as a work song. Most cadences have a call and response structure type. One soldier starts a line, and the remaining soldiers complete it, instilling teamwork and camaraderie to complete. 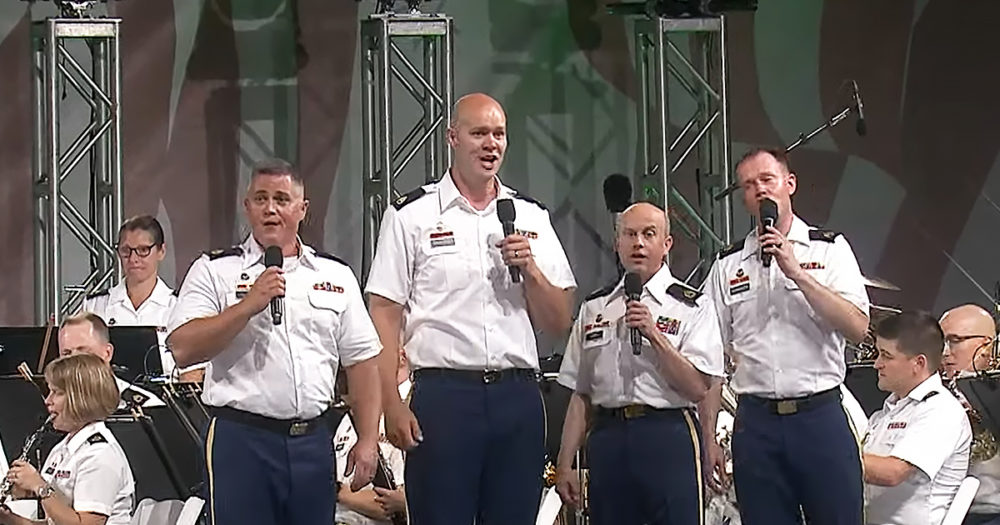 The cadence calls move to the unique beat and rhythm of the standard speed march or running-in-formation march. This serves the purpose of keeping soldiers “prepared,” moving in step as a single unit and information while maintaining the correct beat or cadence.

In addition to the psychological effects that cadences produce, they also produce essential physiological effects. Singing a rhythm while running or marching helps soldiers hold their heads up, breath more deeply, and exhale more forcefully. This usually increases oxygen to the lungs and gives the body more energy.

This, in turn, makes the unit healthier and better prepared. In 1956, the United States Army Choir was established as the vocal counterpart to the United States Army Band “Pershing’s Own” and is also one of the only professional male choirs in the nation. Since its inception, the U.S. Army Chorus has established and maintained a reputation for excellence in the performance of male choral literature.

This clip is one of their performances. The singing is accompanied by some minor play-acting between the singers, which portrays them lamenting the “finer” aspects of army life. The song gets a laugh and several rounds of applause from everyone, including the officers.