The art of “ventriloquism” or “throwing your voice” dates back to the early Greek times but has only been a popular stage act since the 1700’s. The earliest example of this unusual art form dates back to around 1753 in England. Where an engraving of a man named “William Hogarth” is depicted talking through his hand. Then in 1757 the “Austrian” Baron de Mengel, introduced a small doll to his act. Since then the popular form of entertainment has flourished.

The act of ventriloquism came of age during the music hall days in the UK and the Vaudeville era in the US. In the 1880s “George Sutton” added a puppet in his routines in ”Nottingham”, but it was a well-known artist at the time “Fred Russell” who is regarded as the father of modern Ventriloquism. Russell’s act incorporated a dummy named “Coster Joe” who would sit on his lap and have conversations to the enjoyment of the crowd who would flock to seen the two of them.

Modern ventriloquists are making names for themselves by varying the acts to suit the times. One of those in the forefront is master ventriloquist “Paul Zerdin”. Zerdin’s performance on the television program “Americas got Talent” left the judges stunned as he put a whole new twist into the ancient art form.

One of the most famous exponents of ventriloquism is American comedian “Jeff Dunham”. Dunham has been called “Americas Favorite Comedian” by “Slate.com” and is the top-grossing standup act in North America, according to “Pollstar”. His characters have been described as “Politically Incorrect”, “Gratuitously Insulting” and “Ill Tempered” but he has been credited with reviving ventriloquism and for doing more to promote the art form than all before him.

When you click on the link below, you will see an act that nobody has tried before. It was the quarter finals of the 2015 season and what he was about to do was going to knock the socks off of all that were at “Radio City” to witness his performance. He set up his act in the usual way, introducing himself and his side-kick, a puppet named Sam. Now the scenario is this. It seems that Paul and Sam have had an argument, so Sam isn’t talking to him. Now this makes for a pretty boring voice-throwing-routine and already has the audience laughing. Finally Sam starts to talk, but the argument re-ignites leaving Paul no choice but to put Sam back in his bag. Now Sam doesn’t like this mush and wants out. 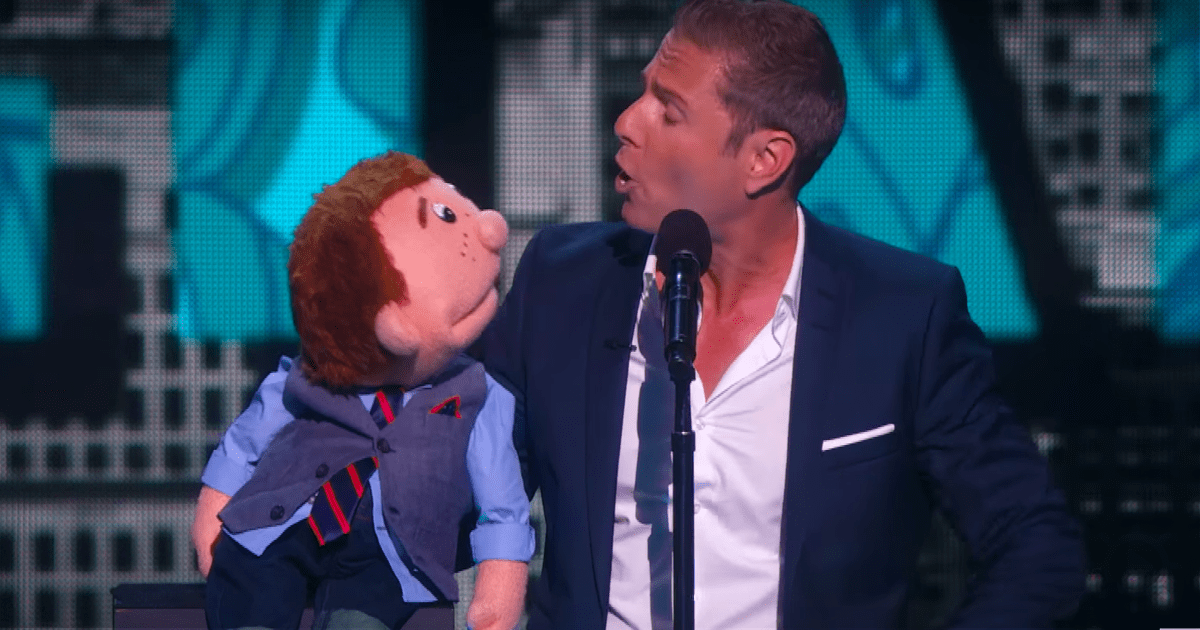 The next part of the act is what took everybody by surprise. Click on the link below and be entertained by the very clever and forward thinking ventriloquist that has lifted this style of comedy to new heights.