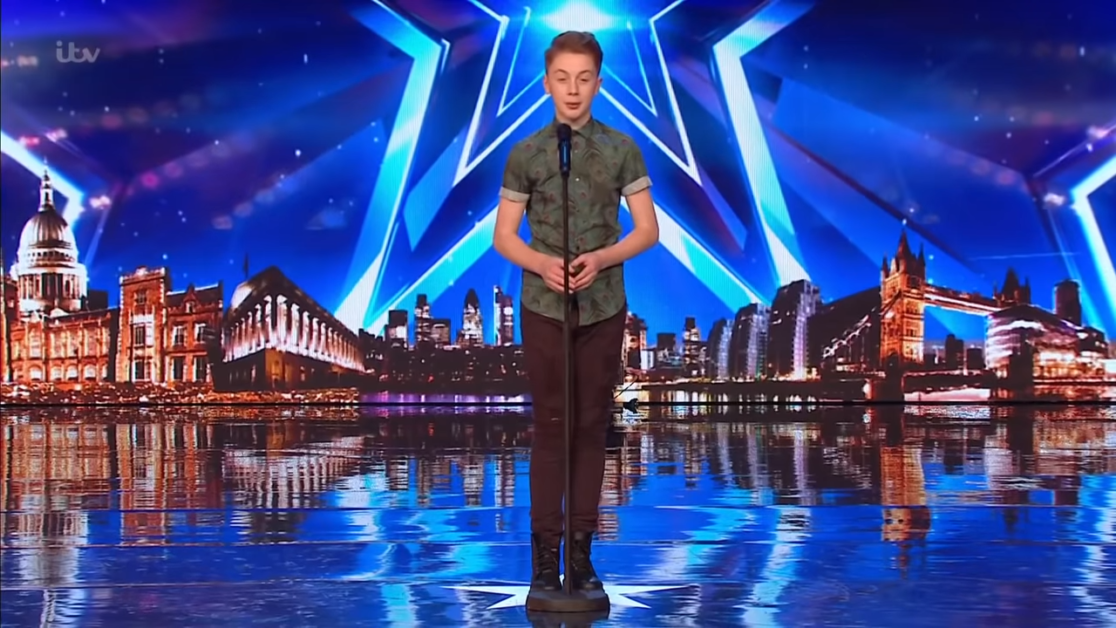 Another star is born on the popular TV show Britain’s Got Talent.  Twelve-year-old Kerr James made a huge impression on the four judges and on the crowd during his audition.  No one was expecting the voice that came out of this young man.

Kerr may only be twelve, but he has already has quite a bit of experience under his belt.  In musical theater, he was part of the production Oliver at the Pavilion Theatre and has performed on the stages of Barrowland Ballroom, King Tut’s, Streets Ahead, and the Glasgow Community Champion Awards in 2017. 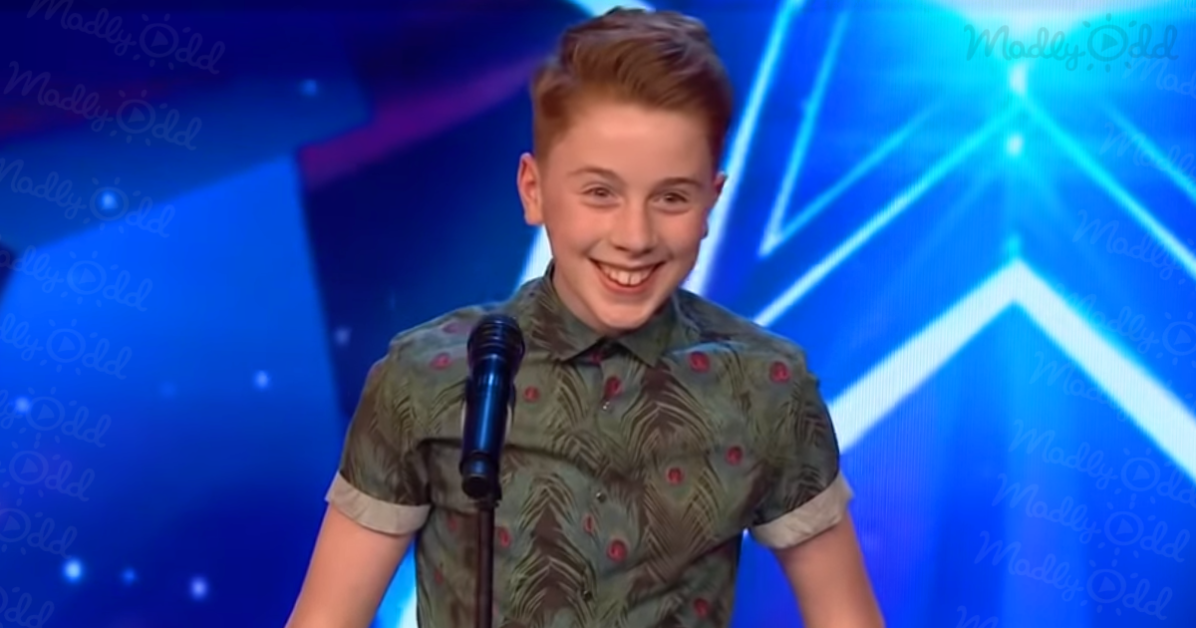 The pre-teen from Glasgow even has “roadies” at his gigs already.  Well, they are technically his parents, but they do travel around Scotland with him and carry his keyboard for him.  His parents describe themselves as “the oldest roadies in town.”

Even though Kerr had lots of previous experience, he was still a bit nervous before his audition on such a huge platform like BGT.  Judge Alesha Dixon offered some words of encouragement to help calm him a bit, “We are with you; we wish you the best of luck, go for it!”

Kerr chose to sing “Try a Little Tenderness” by the soulful Otis Redding Jr, the American singer, songwriter, record producer, arranger, and talent scout. Redding had a string of hits that anyone who remembers the 60’s would easily recognize, and he is considered to be one of the greatest singers in the history of American pop music, seminal artist in soul music and rhythm and blues.

As soon as Kerr started to sing, the crowd was in love. Jaws started dropping around the auditorium, and people whispered among themselves about how much older his voice sounded than his appearance.  If you closed your eyes, there would be no way you would know it was a twelve-year-old boy singing.

The nervous boy standing in front of the judges had suddenly transformed into someone else altogether.  Kerr poured everything he had into his special rendition of the well-known song and soon had the crowd clapping along with him.  The fresh, new take on the classic was a huge hit with everyone, and the performance earned him a standing ovation from the crowd and all four judges.

Judge Amanda Holden loved Kerr’s performance, telling him: “Your whole body was in that song.  That was an amazing performance.”

Even notorious “tough judge” Simon Cowell was full of compliments: “You came out with this energy and optimism. You’re really good when you’re different and you stand out.”

Kerr’s rendition of “Try a Little Tenderness” easily moved him on to the next round of the competition.  It’s going to be interesting to see what he does at his next audition, since this one was already so memorable.