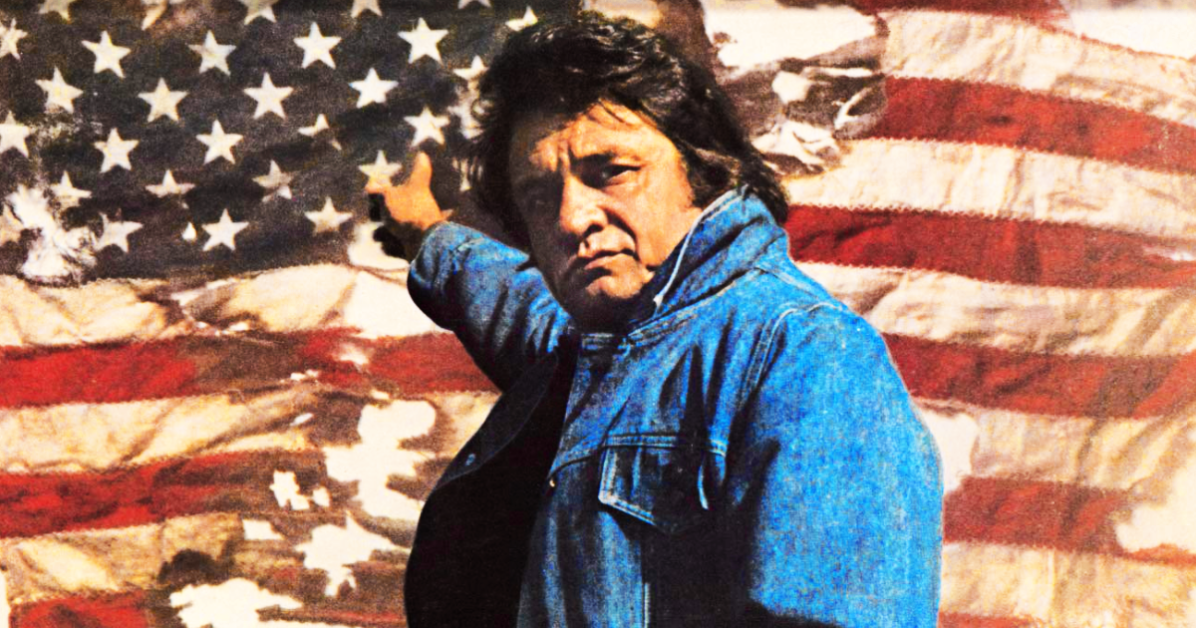 Known as the “Man in Black” because of his trademark all-black wardrobe, Johnny Cash was an icon in country music. While he primarily sang country music, his deep, calm voi“Ragged Old Flag”ce is instantly recognizable, no matter what song he sings.

Johnny Cash was known as an extremely patriotic man who loved his country dearly, probably mostly because he had served in the U.S. Air Force when he was younger. At eighteen, Johnny enlisted and after training was assigned to the 12th Radio Squadron Mobile of the U.S. Air Force Security Service based in Germany. Four years later, he was honorably discharged and returned to Texas. 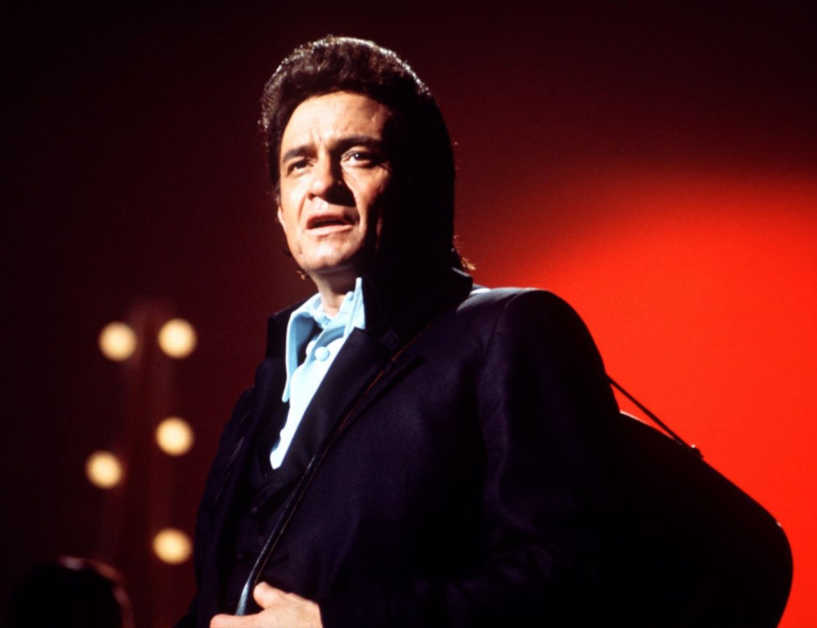 Johnny’s 47th album, entitled Ragged Old Flag, was released in 1974. The title track, “Ragged Old Flag,” was a spoken-word tribute to “Old Glory” – the American flag. He wrote and composed the tune himself.

As the song goes, a man walks into a small, country town and notices how run down the courthouse looks. An old man sitting on a bench in the town square invites him to sit down beside him. The stranger continues to notice that even the flag on the pole in the square is pretty ragged, too.

In response, the old man tells the stranger, “I don’t like to brag, but we’re kinda proud of that ragged old flag.” He goes on to tell about all the things that Old Glory has seen in her years since being made – being carried across the Delaware with General Washington, being filled with gunpowder holes during the night Francis Scott Key wrote the National Anthem, almost falling at the Alamo, and being burned by protestors in Washington.

With each verse of the song, you can’t help but feel pride and patriotism building up in your chest. The Man In Black ends the song with, “On second thought, I do like to brag
‘Cause I’m mighty proud of that ragged old flag.”

Even though the song is over forty-years-old, it is still recited and performed at patriotic events around the U.S. Award-winning journalist, Frye Gaillard, described the song as a “poignant pledge of allegiance,” while The Sunday Herald described it as “a defiant tribute to the stars and stripes.” There’s no better way to put it.

If you’re mighty proud of that ragged old flag, share this with a friend. 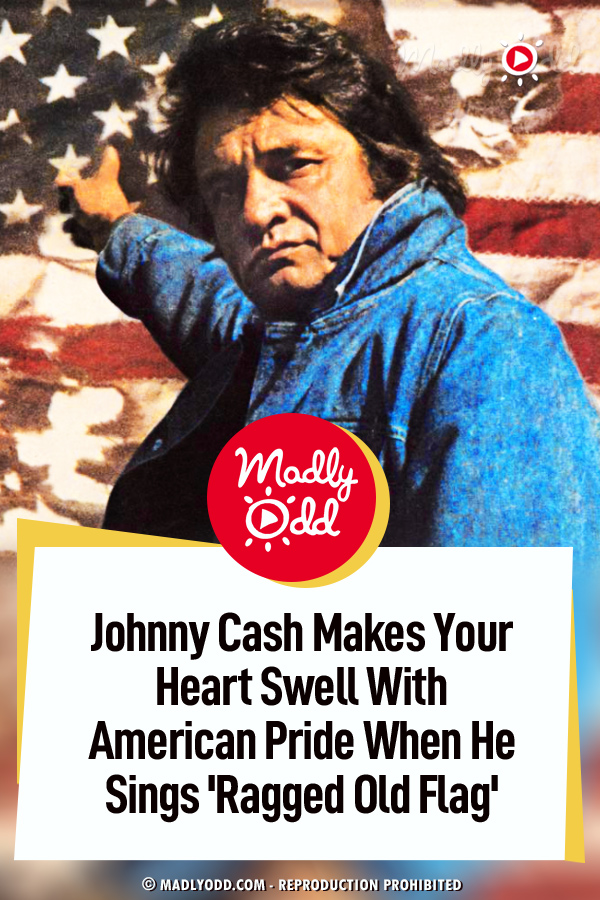