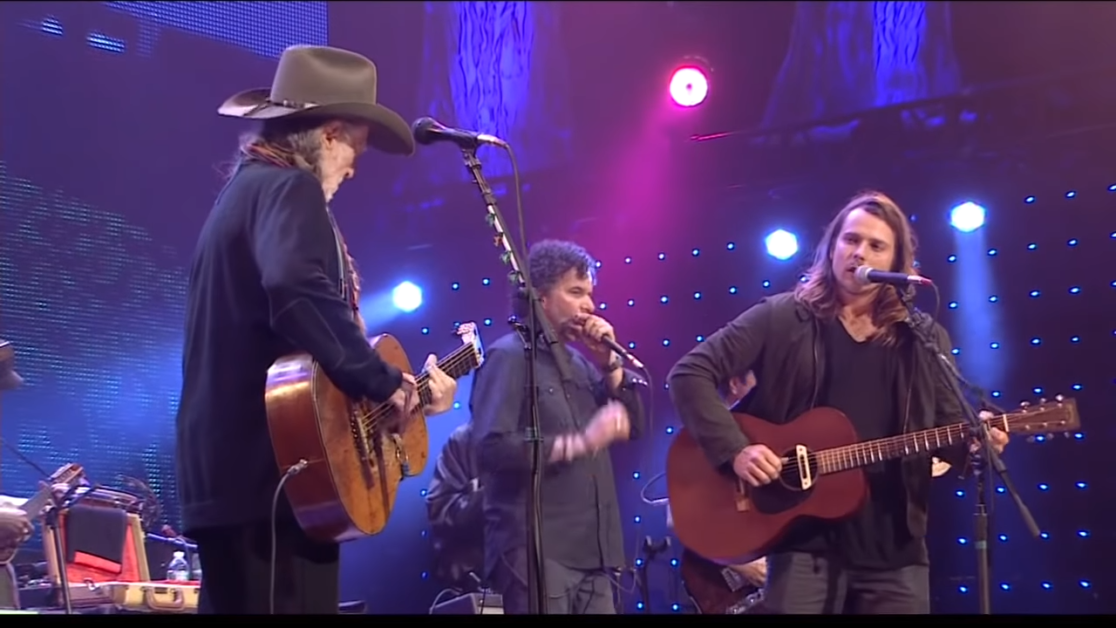 Willie Nelson is an American Icon, and his son Lukas is making his name for himself as he is following in his fathers’ footsteps in the music industry.   The pair looks so similar on stage with their mannerisms that it at times is frightening.

The duo performed an outstanding rendition of Eddie Vetter’s hit song “Just Breathe” at the Farm Aid concert in Saratoga Springs, and it was terrific to hear.   The crowd enjoyed the performance as have many viewers of the video on YouTube. 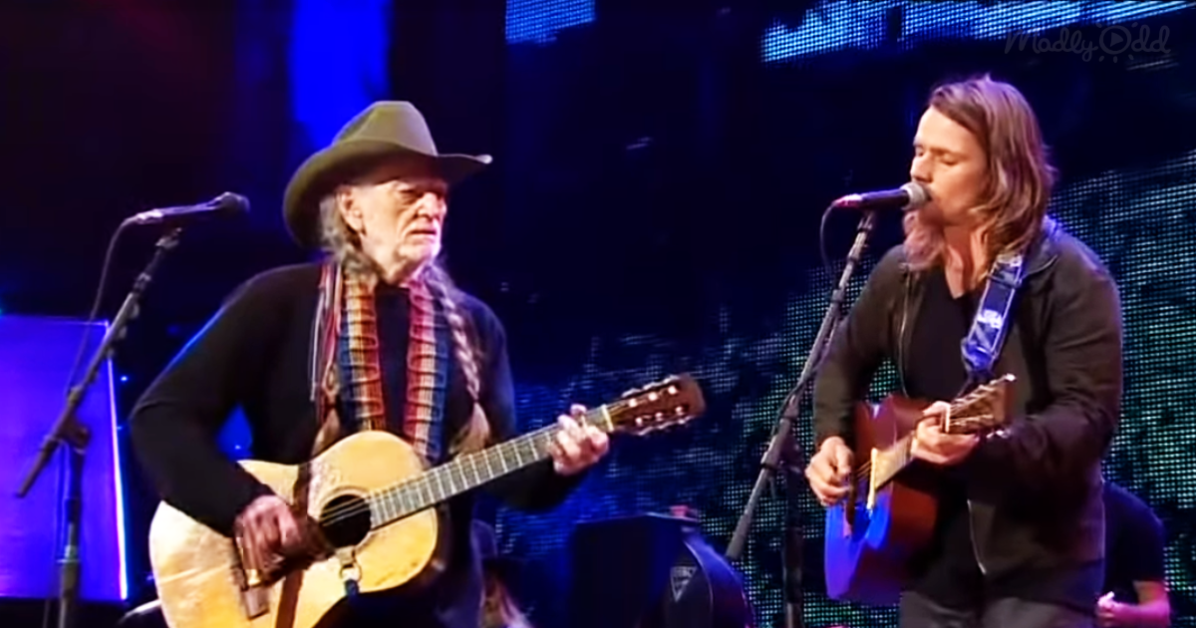 The voices of the pair are so similar that it is difficult to tell them apart if you are not watching the video, but at the same time, Lukas has a voice that can easily mimic that of Eddie Vedder himself.

They performed with a large band behind them, and the band was flawless. The harmonica in the background adds melody, and it gives this rock and roll song a bit of a country feel.  Lukas and Willie also share their love for the guitar, and it was shown in this performance as they both had their moments to show off their skills.

The pair are seen smiling at each throughout the performance, and you can see the admiration in the eyes of Lukas as he looks at this father.  When Willie looks at his son, you can tell he is so proud of the musician that he has become.

Willie Nelson does not seem as if he will be laying down the gauntlet and passing the torch to Lukas anytime soon.  Lukas Nelson does not seem to need his dad to become famous in the eyes of music lovers as he has already begun his musical journey and is doing it, for the most part, solo.