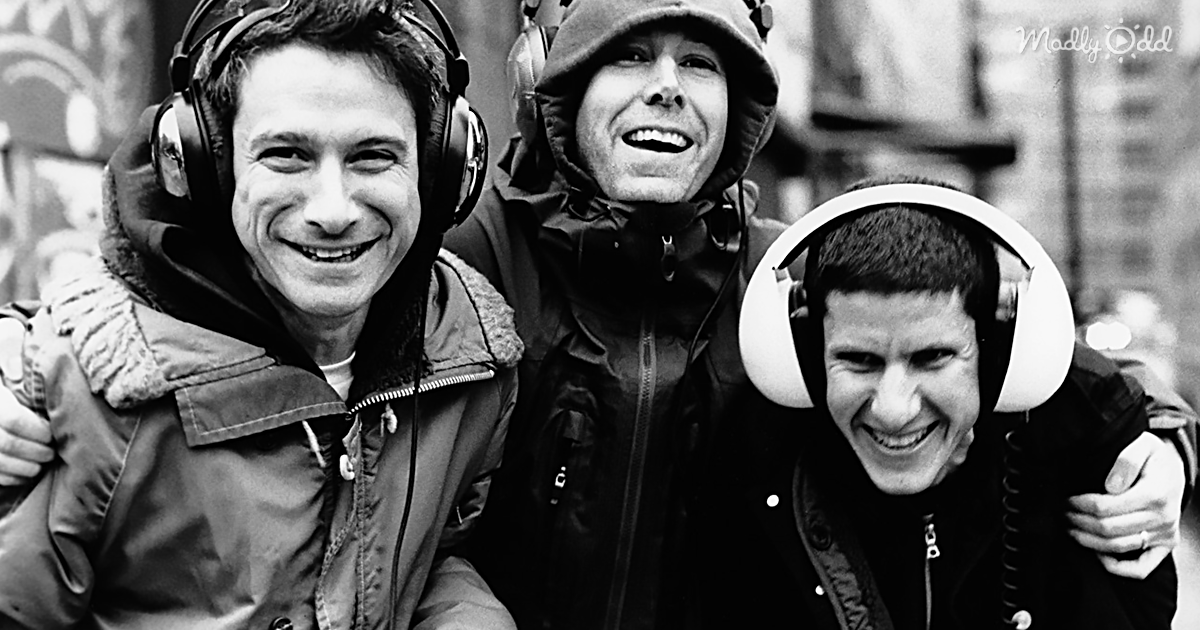 Great music is almost always accompanied by a video that you just can’t take your eyes off. From gracious cinematography to awesome displays of artistic production – the right video can make all the difference, while at the same time bringing together a whole new fanbase. The 1990s brought with it the explosion of music videos, and we’ve put together thirty of the best that no music fan should miss.

“Sugarcube” by Yo La Tengo

The title of this track was actually a play on words referencing, “you can’t draw blood from a stone.” It’s a song that reminds us to stay present in the moment, a message that led to it becoming a global hit.

Fiona’s hit was certainly one of the most controversial of its time, but this did nothing other than bringing even more attention to this young rocker, sealing her place in music history.

“Nothing Compares 2 U” by Sinead O’Connor

Price may have written and recorded this song in 1984, but it only found fame years later. His track was initially given a band called The Family, who included it on their 1985 LP but wasn’t until it was covered by Sinead O’Connor in 1990 that it became famous.

“Undone (The Sweater Song)” by Weezer

This track was just as instrumental in Weezer’s success as the Spike Jonze-directed video for “Buddy Holly.” What started off as a sad song, ended up being found funny by fans around the world, a major factor in its fame.

Most of Beck’s songs have strange lyrics, but this track out outright bizarre, serving as an abstract but bold reference to the ‘evil of vanity.’

Catchy, upbeat, and incorporating effects that make the guitar and vocals something truly unique, “Karma Police” is actually a song expressing disgust towards middle management in a corporate structure.

It didn’t take long for “Closing Time” to become the favorite closing track for bars all around the world. After it, it’s literal meaning left nothing hidden, that fans realized at least. The double meaning was discussed by Wilson in an interview with Mojo saying, ‘It’s all about being born and coming into the world, seeing the bright lights, cutting the cord, opening up into something deeper and more universal.’

“Freak on a Leash” by Korn

The reflective track pulls apart the music business, a motif that most fans overlook in lure of just how good the song sounds. It brought Korn many awards, including the MTV Video Music Award for Best Rock Video and Best Editing, while the greatest achievement has to be its Grammy for Best Short Form Music Video of 1999. It was Korn’s one and only Grammy Award.

“Around the World” by Daft Punk

The hypnotizing beat and lyrics put forth by French electronic music sensation Daft Punk in this track made one of the best uses of a robotic synth voice ever. The phrase “around the world” appeared 144 in the album and 80 in the radio version, hinting at just how well the inspired simplicity and repetition worked.

The lyrics to this surreal song were written in collaboration with a close friend and poet of Björk by the name of Sjón. The theatrical masterpiece drew favor from critics around the world, praising both the use of many instruments and the vivid storytelling.

“Drop” by The Pharcyde

It didn’t take a big budget for Spike Jonze to make a hit out of the music video for “Drop.” The whole crew learned the lyrics backward in order to record this iconic 90s track and its video.

“Sky’s the Limit” by The Notorious B.I.G.

The condensed biography serves as an extremely moving farewell song with some of the deepest lyrics Big Poppa ever put to paper.

The moving floor to the video of this track became of the best-known features to any 90s hit. It was a fitting addition to this unique form of British funk. After all, “Virtual Insanity” does come from their album entitled “Travelling Without Moving.”

“Let Forever Be” by The Chemical Brothers featuring Noel Gallagher

Between the revolutionary video effects and the artistic depiction of a girl’s nightmares, the video for this track elevated its appeal beyond The Chemical Brothers’ regular fanbase, expanding their audience while at the same time serving as one of the greatest videos ever made by director Michel Gondry.

R&B iconic Lauryn Hill has been one of the industry’s most influential artists, with her acclaim starting right at the beginning. From the moment that this song debuted off her first album, it was met with love, taking the ’98 Grammy Award for Best Female Rhythm & Blues Vocal Performance, and Best Rhythm & Blues Song.

When this hit launched, no one realized that the level of quality was in part caused by a competition held between Thom Yorke and Jonny Greenwood to see who could get the most chords into a song.

“Rabbit In Your Headlights” by UNKLE featuring Thom Yorke

What makes this song one of the most innovative hits of the 90s is the way that it uses primarily samples from other songs to deliver an electronic performance that has been praised for its direction & cinematography.

Lead guitarist, Graham Coxon, came up with this song as an expression of her struggle with alcohol abuse. Instead of turning to booze, he sings over how songwriting, TV, and a cup of coffee gave him the distance he needed to overcome his issue.

“All Is Full of Love” by Björk

Björk’s use of advanced animation in the rendering of the brilliant video for her song about love inspired by Norse mythology is heralded as a major milestone, and one of the best music videos ever released.

Kurt Cobain shared that he was trying to write the “ultimate pop song.” His creation attempted to imitate the style of the Pixies, one of his most admired bands.

“Tonight, Tonight” by The Smashing Pumpkins

Billy Corgan’s song was written as a homage to Cheap Trick and is one of the most emotional tracks on their “Mellon Collie and the Infinite Sadness” album.

Despite this song costing nearly one million dollars to produce, Ashcroft only settled a royalty dispute with the Rolling Stones after twenty-years.

“Closer” features one of the most artistic videos made, filmed entirely on a 1919 hand-cranked camera. It’s disturbing, controversial, and shocking in certain moments.

The fuel firing the inspiration to write this song in 45-minutes flat came from David Grohl having just found himself homeless and divorced, while locked from his own bank account and managing a crisis that had his drummer on the very of quitting the Foo Fighters.

“It’s Oh So Quiet” by Björk

Björk’s biggest U.K. hit, which was a RECREATION OF Betty Hutton’s “Blow A Fuse,” never ended up included on her greatest hits album.

“Smack My Bitch Up” by Prodigy

Controversial, high-paced, and carrying a bass-line that can’t be ignored, “Smack My Bitch Up” may have caused chaos on its launch, but all this did was boost its sales.

“Come to Daddy” by Aphex Twin

There are few songs as hard-hitting and disturbing as “Come to Daddy,” but wait until you see the nightmarish video that made it famous. Director Chris Cunningham broad a vision of horror that was a perfect match to the early drum-and-bass classic.

“Praise You” by Fatboy Slim

The whole song is based on Camille Yarborough, whose 1975 track “Take Yo’ Praise” inspired him with her civil-rights fueled soul hit. Both Yarborough, a prominent activist for equal rights, and Fatboy Slim shared royalties. 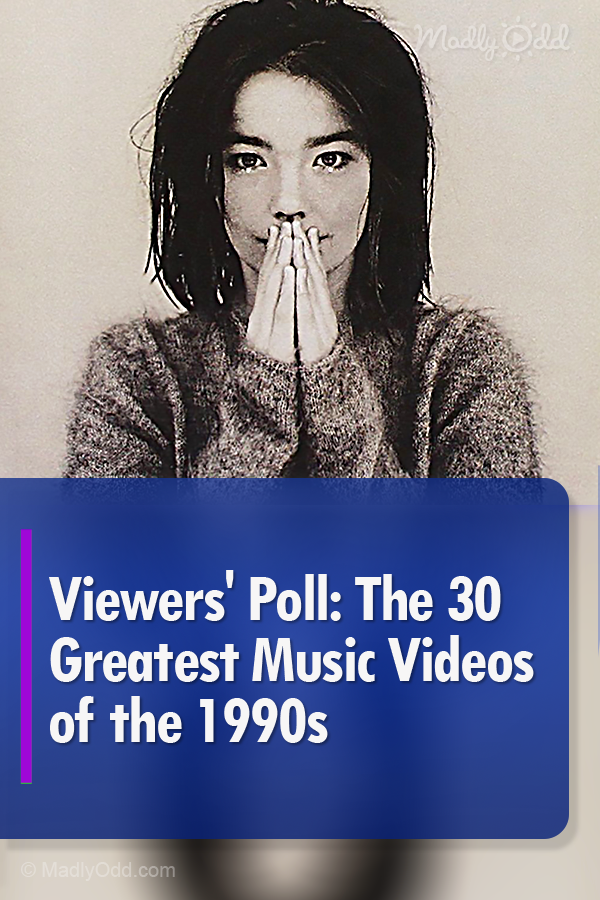