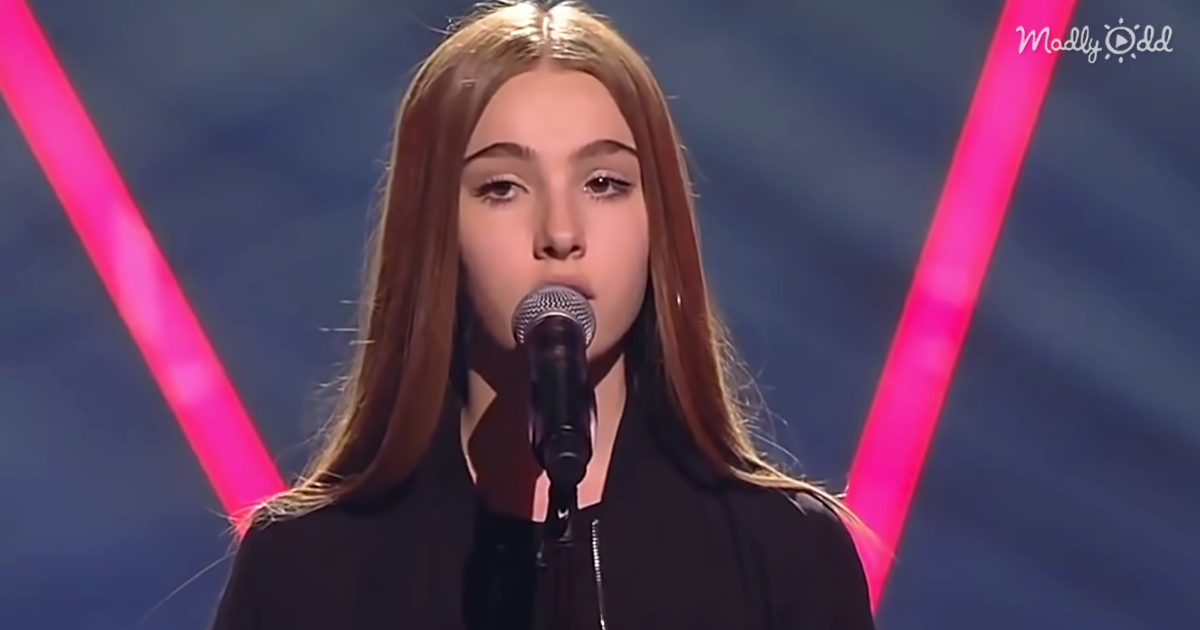 There was no thinking required for the judges listening to this songbird sing. Fourteen-year-old Jade De Rijcke first auditioned in her home country Belgium on ‘The Voice Kids.’ Her powerful cover of ‘Homesick’ by Dua Lipa was so breathtaking that Sean Dhondt turned his chair at just four-seconds in.

In no time, the other judges followed, with girl group K3 coming in as the second turn, then Gers Pardoel, with Laura Tesora close behind as the final chair. With all four judges vying for her talent, Jade’s journey had truly begun. Team Gers soon became one strong contestant stronger.

During the battle round, Jade was faced with ‘Better Now’ by Post Malone, where it was clear that she was dominating from the start. Despite strong showings from her competition, none could rise above this star, leading her to win the round and progress onto the semi-finals.

Demi Lovato’s ‘Sober’ hit home for Jade during the semi’s, rewarding us with a flawless performance serving as a fantastic showcase of this artist’s talent. With fans strongly behind her, and none capable of criticizing, Jade advanced to the final round.

The finals were comprised of two rounds allowing this star the opportunity to prove herself as the best with two winning tracks. Jade picked ‘F*ckin Perfect’ by Pink as her first act, where she once again blew away audiences with a showing that’d make the original artist proud.

Sealing her the win was a stunning song choice, perfectly suited to her unique tone. The way that Jade De Rijcke progressed through The Voice Kids to seal victory with a beautiful rendition of ‘Grand Piano’ by Nicki Minaj never ceases to amaze. Her road to the finals journey proves just how much young Jade deserves to be the champion.